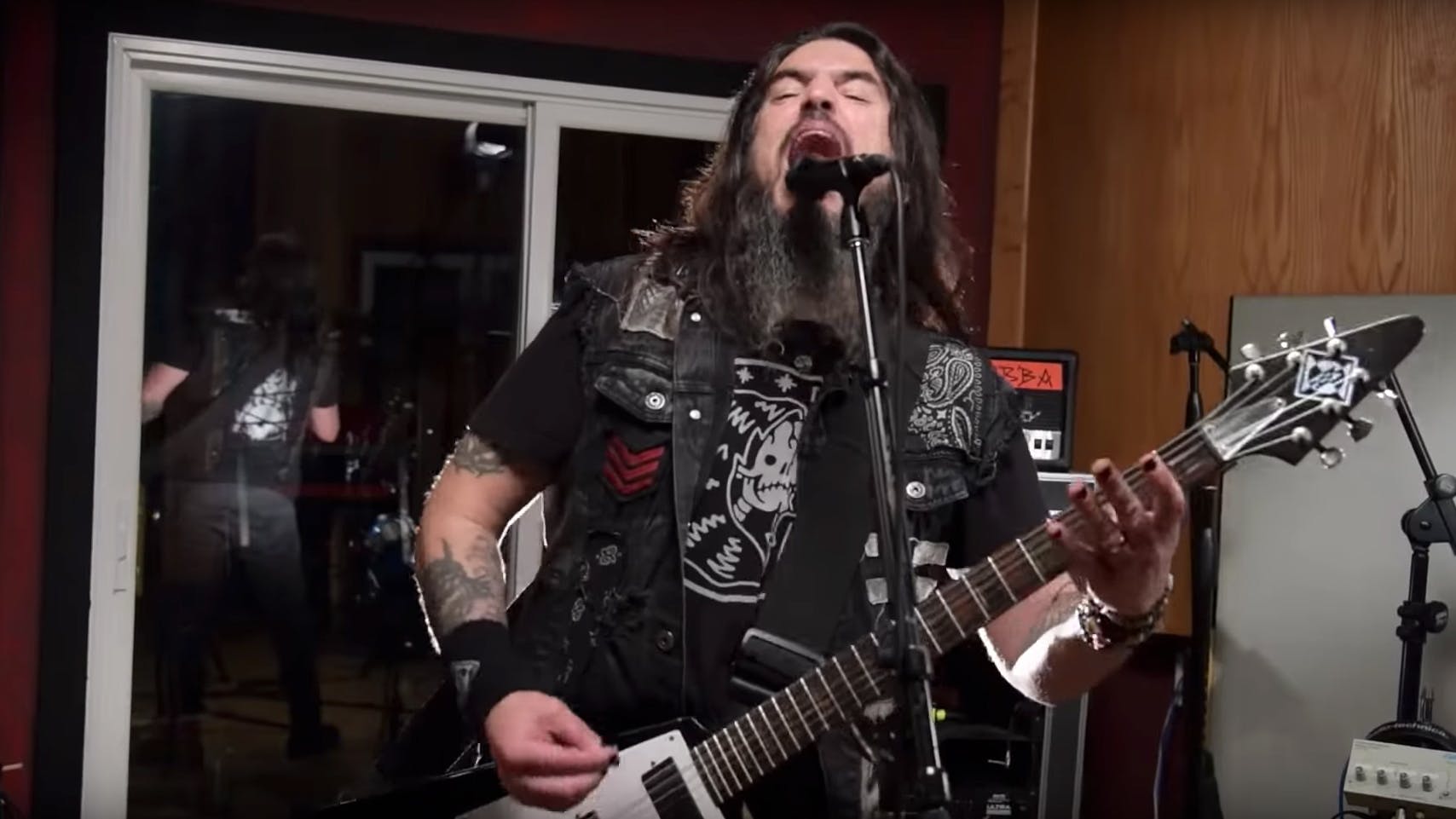 Machine Head recently announced their plans to tour iconic debut album Burn My Eyes in its entirety, bringing back 1994-era members Chris Kontos and Logan Mader for the ride.

And as Kerrang! revealed last week, Machine Head are re-recording Burn My Eyes to celebrate its 25th anniversary. The band recently entered Sharkbite Studios in Oakland, California, to lay down the tracks, and now MH have posted footage of Robb Flynn, Jared MacEachern, Chris Kontos and Logan Mader slamming through iconic track Davidian.

“The line-up that’ll be going out on tour have actually gone and re-recorded Burn My Eyes live in the studio. We plan on dripping that out song-by-song. It’ll probably be digital-only – just something cool to help celebrate," Robb Flynn recently told Kerrang!.

"We filmed ourselves doing it so there’ll probably be some play-through videos, too. It’s so cool seeing us playing those songs again for the first time, like, ‘How does that riff go?’ or, ‘What was that lyric again?’ There are mistakes, but we just left them in. It was just part of this really special, fun, positive moment.”

Machine Head are touring Burn My Eyes across the UK and Europe at the dates below. Get your tickets now.