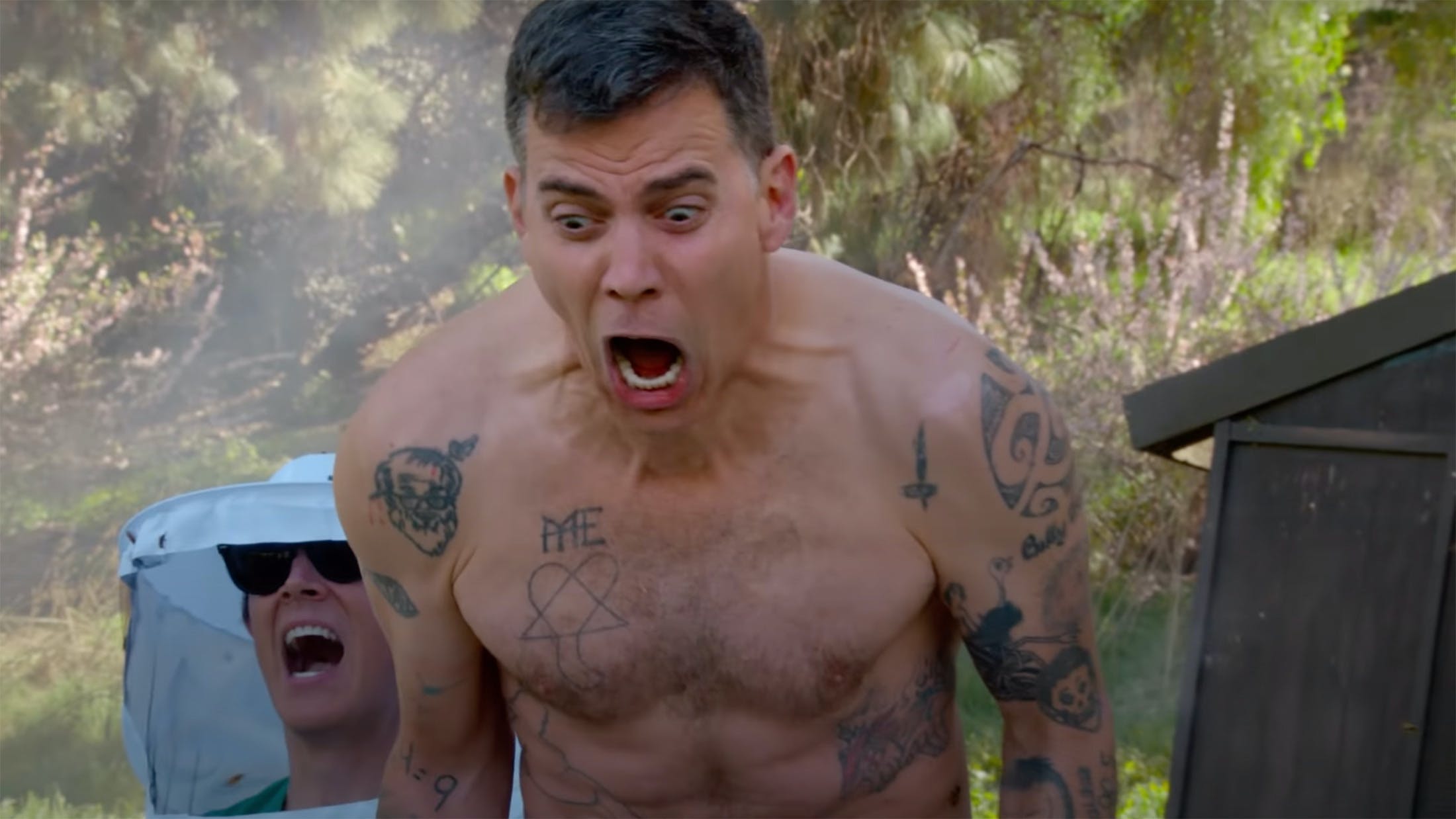 It's here, it's finally here! The first official trailer for the fourth Jackass movie, Jackass Forever.

In the stunt-heavy preview clip, the old gang are back to their idiotic ways, only – it seems – with even more firepower than before. Not only does Johnny Knoxville get fired out of a skyscraper-sized cannon, but Dave England gets hoofed off an exploding toilet.

"Concussions aren't great but as long as you have 'em before you're 50, it's cool," jokes Steve-O in the trailer, before pointing out that Johnny Knoxville is 49 so it's fine.

Although, later we do see Steve-O in traction with a tooth missing. So we're not sure he's the best judge of things.

We also see the odd cameo appearance, including Machine Gun Kelly being smacked by a giant hand and Eric Andre being knocked on his arse by what looks like an inflatable strapped to a coffee truck.

Of course, it wouldn't be Jackass without Ehren being put in some serious danger, which this time comes in the form of a giant bloody bear. It's... terrifying.

Check out the trailer for yourself below.