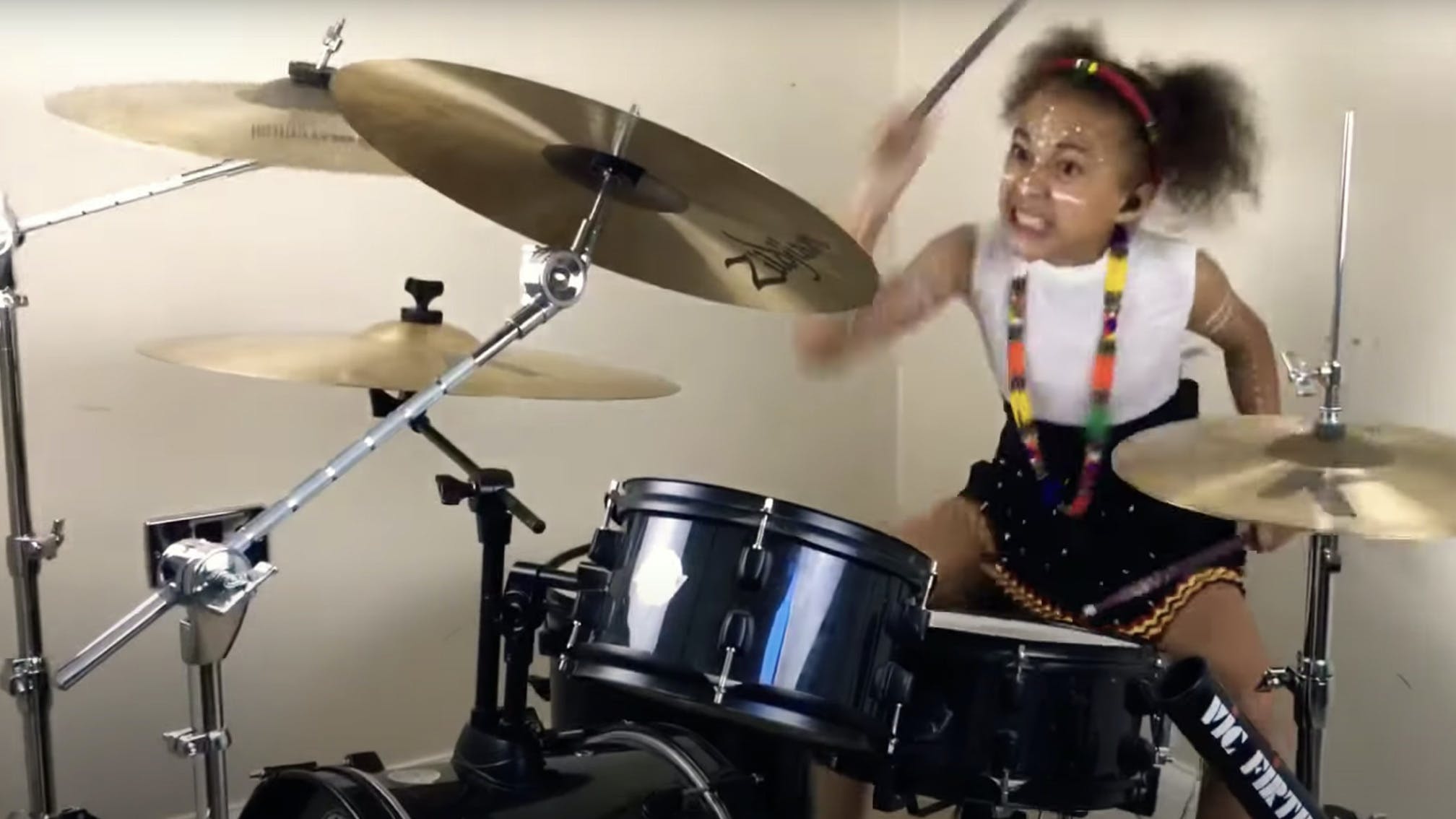 Ten-year-old drummer Nandi Bushell has already shown the rock world that she's an absolute star, going viral with covers of everyone from System Of A Down to Nirvana.

Now, the young musician has taken on a Royal Blood hit, attempting – and totally nailing – the duo's smash Out Of The Black, which is taken from their eponymous debut album, as well as providing past soundtracks to the likes of Netflix's Daredevil and WWE Roadblock.

Read this next: Chris Cornell: A voice silenced too soon

"I love rocking out to Out Of The Black by Royal Blood!" enthuses Nandi. "This is a rocking tune, [Ben Thatcher] and Mike Kerr! I went full Zulu in this video. The white paint is traditionally Zulu."

Unsurprisingly, the infectious energy of Nandi's cover quickly caught the attention of the band, with Royal Blood commenting that she's, "Absolutely rocking the tubs!" Perhaps they can recruit her for a guest appearance on their next album?

Check out the cover below:

Speaking of Royal Blood's next album, it's been a while since fans heard any update on the follow-up to 2017’s How Did We Get So Dark?.

In July last year, Mike explained that the duo were in the middle of creating the record, and things had been going well.

“A similar thing happened on the last record where we got to a point where we had some real breakthrough moments,” he said. “The standard has raised and we hit upon a couple of tunes that were better than anything we’d ever done before. It’s changed the temperature of the water a lot. We were like, ‘Oh shit, what if we had a whole record of these?’ That led to us feeling like we’re not in a rush to put out something that’s mediocre. We’re going to hold out and put out the best thing we’ve ever done.”

Read this next: YUNGBLUD is the weirdo this generation needs