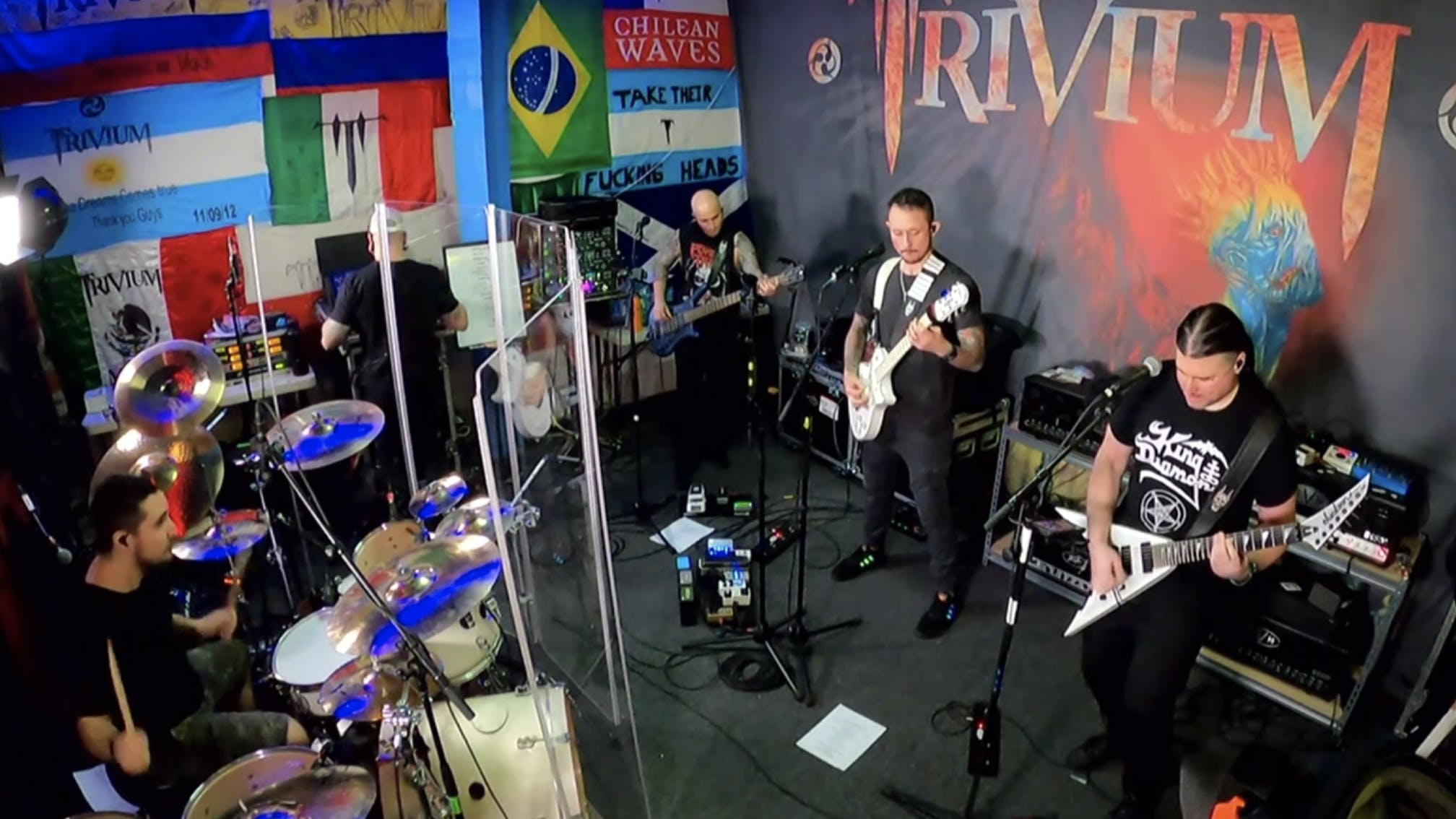 As well as once again proving that they are kings of the internet during this past Saturday's incredible The Deepest Cuts free livestream, Trivium paid tribute to the late Riley Gale, who tragically died last week at the age of 34.

Before tackling a crushing cover of Executioner's Tax (Swing Of The Axe), Matt Heafy spoke highly of the brilliant Power Trip frontman, remembering how their two bands had hit the road together on "one of our greatest UK/European tours".

"All of us band and crew got to know Riley quite a bit," Matt said. "Riley recently passed away at the age of [34] a couple days ago. I feel like Power Trip was one of the very few bands that weren't 'newer' but they were newer to the world scene and I think they had a better shot of becoming one of the biggest metal/crossover/hardcore bands on the planet."

"I think Power Trip was doing something very different that other people weren't doing and it was amazing they were able to bring so many fans of so many different genres into one band. So we want to pay tribute here and play a little song, we hope we do it a little bit of justice."

Watch Trivium cover Executioner's Tax – prefaced partly by Soul Sacrifice – in the stream below (it starts around one hour and 27 minutes in):

The full Trivium The Deepest Cuts setlist was as follows:

1. Bending The Arc To Fear
2. A Skyline’s Severance
3. Ascendancy
4. Like Callisto To A Star In Heaven
5. Detonation
6. No Way To Heal
7. Scattering The Ashes
8. Dusk Dismantled
9. To The Rats
10. The Revanchist
11. Of Prometheus And The Crucifix
12. When All Light Dies
13. Suffocating Sight
14. Executioner’s Tax (Swing Of The Axe) (Power Trip cover)
15. Torn Between Scylla & Charybdis
16. The Ones We Leave Behind