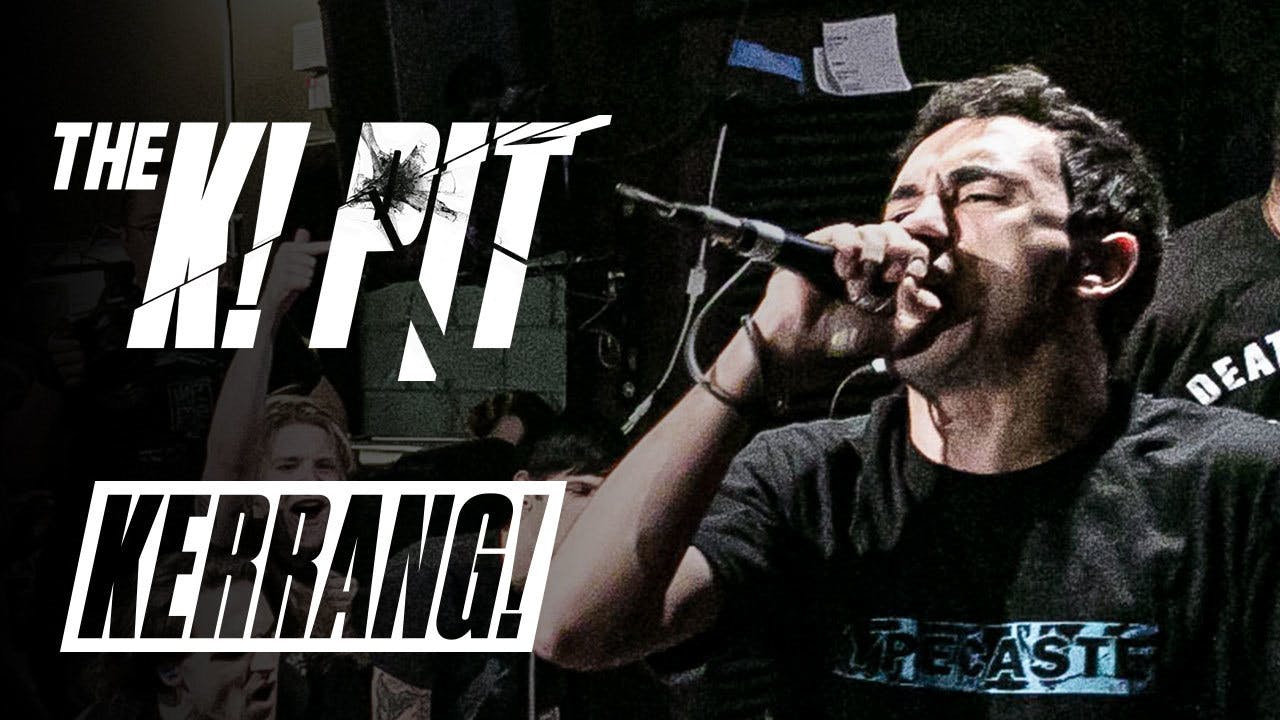 For the past few months, our Brooklyn K! Pit shows have been building in pitch and bringing together a broad swath of heavy genres. Sum 41 gave us sing-along pop-punk, Baroness brought the transcendent sludge, and Sharptooth spilled a spleenful of politically-conscious hardcore. The tiny back room of our favorite Brooklyn dive bar The Gutter has seen some of rock's most revered acts and some of their greatest up-and-comers. And yet, the entire time, we were wondering when we'd get nu-core genre-breakers Vein into the room to play some tracks off of last year's mindblowing Errorzone. So it was with great relish that we backed Vein and a select group of their biggest fans into the Gutter's back room, and let everything go absolutely fucking nuts.

That Vein did not disappoint us or their fans wasn't exactly a surprise. The Boston quintet's punishing live performance is what earned them the title of most explosive band in hardcore. Meanwhile, Errorzone's blend of hardcore, deathcore, and nu-metal's gut-deep riff drop feels like a distillation of everything one loves about heavy music. Over the past year, they've toured relentlessly, winning the favor of metal gods like Soulfly's own Max Cavalera. So putting them in a cramped venue space with a select crew of fans was, all things considered, like shooting a Roman candle into a powder keg.

Watch Vein unleash pure hell onto the K! Pit below: