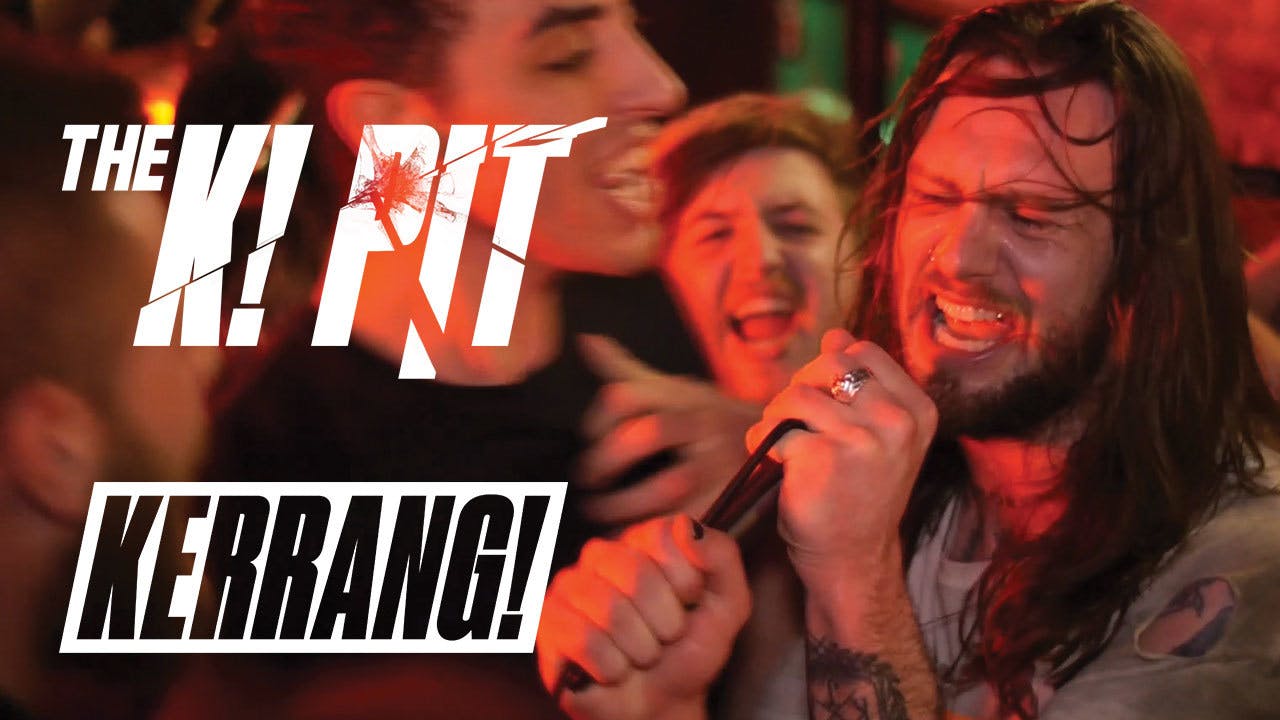 Following on from Cancer Bats' chaotic set in the K! Pit last week, we invited While She Sleeps to wreak havoc throughout Blondies bar in London as part of an All Points East takeover.

Just days after their huge headline set at London's Roundhouse, the northern metallic hardcore bruisers set up in the much smaller K! Pit for 30 minutes of moshy mayhem, blasting through six tracks at furious pace. Having just released their fourth album SO WHAT?, London was treated to three new tracks including Anti-Social and Haunt Me.

The packed-out Blondies bar was sent into raptures from the beginning, with While She Sleeps devotees screaming their hearts out down front, getting the Smallest Pits Ever moving and crowdsurfing frontman Loz Taylor to the bar and back. All in a night's work for Kerrang! and The K! Pit.