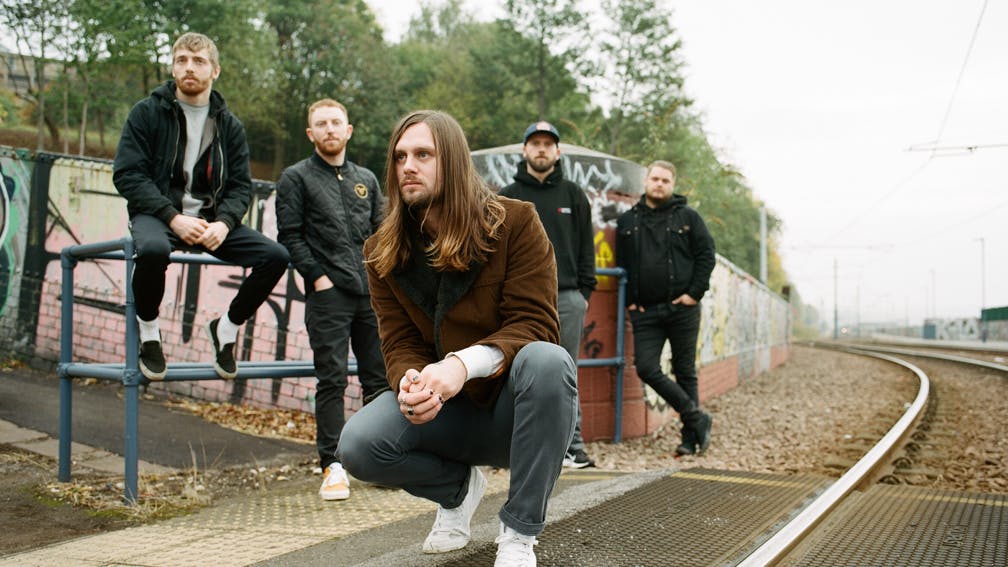 Even when they first burst on to the British metal scene with debut EP The North Stands For Nothing back in 2010, While She Sleeps had already forged their own instantly recognisable sound and identity. A more-or-less perfect amalgam of slamming metalcore riffs and gang sing-alongs – a combination that sounds simple on paper but is a devil to get so right in practice – it made that EP and 2012 debut full-length This Is The Six a thrilling, bruising example of a band with a mind of their own and the skills to translate it into their music. Unsurprisingly, they’ve spent the intervening time tweaking that winning formula without radically altering it, and though 2017’s You Are We did take a number of sidesteps, it was essentially just the next step in a glacially-paced evolution.

SO WHAT? is more like a sudden mutation. Granted, it’s not as radical a departure as, say, their Sheffield neighbours Bring Me The Horizon have undergone over recent years, and it’s still recognisably the same beast, but it finds While She Sleeps returning more diverse, inventive and nuanced than ever before.

It all starts in ominous fashion, as the sound of sirens and a barking dog give way to stinging shards of guitar and a pneumatic riff on opener Anti-Social. But then it goes off like a scatter-bomb, with staccato verses, semi-rapped segments, a big melodic bridge and holler-along hooks. By the time it reaches its chaotic, punk-tinted conclusion you’re already exhausted, and there are still 10 tracks to go.

It’s a frantic and explosive start, but not even Loz Taylor and co can keep that energy level up. And, as it happens, that’s not their intention this time out. The album is jaw-dropping in places, but not always because it’s harder, heavier or more intense than anything they’ve done before. While Anti-Social sounds like all the familiar ingredients forced through a blender with a few surprises thrown in for good measure, other tracks get busy redefining the Sleeps sound, as well as providing a perfect platform for the album’s overriding theme of perseverance and fighting on in the face of trouble and adversity.

You can picture Loz leaning into the crowd and leading an audience through the huge, roof-raising sing-along of Gates Of Paradise, but elsewhere they’ve gone the extra mile with a full choir that truly lifts the likes of The Guilty Party and Set You Free. Guitarist Mat Welsh had already started to have more of a vocal input on You Are We, and his clean lines play more of an integral part here, weaving around Loz’s harsher bark. There are more textures, more lilting guitar passages, more electronic elements, more everything.

There are plenty of riff-heavy body-slams and fiery, politicised lyrics, but this is a shinier, more melodic, accessible and sonically polished affair than its predecessors. That won’t appeal to everyone, certainly, but accusations of chasing mainstream acceptance clearly don’t apply to a band that has made a virtue out of independence and built the very studio this was recorded in with their own blood, sweat and a shitload of concrete. And who are, crucially, still heavier than a steel cow.

Last time out, WSS broke into the UK Album Top 10 – quite the feat for a fan-funded album released on their own Sleeps Brothers label. SO WHAT? has the potential to take them even further. It’s While She Sleeps as you’ve never quite heard them before, and the most exciting this band have been since that first encounter with them.