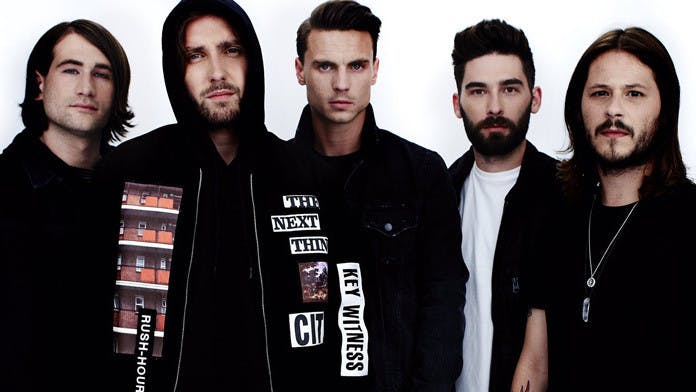 They're back with another acoustic track for you. Yep, You Me At Six have given us an exclusive video of them performing their massive rock tune, Take On The World, but a proper nice stripped back version.

The UK rockers had some down time when they were out touring in Europe in the year, and when before they played a headline show in Amsterdam, they took some time out to record a series of acoustic tracks. Take On The World is lifted from their latest album, Night People, which dropped back in January.

Watch the fellas smash out the track below:

Of the tracks, guitarist Max Helyer said: "With performing at such a beautiful venue in Amsterdam called the Paradiso, we wanted to share some stripped back version of songs from Night People to really capture the vibe of the venue. Hope you enjoy them as much as we did making them.”

Nice, that's got us pretty pumped for their headline set on the NME/Radio 1 tent at this year's Reading & Leeds Festival. And while you're here, you might as well give Night People a spin:

ExclusiveAcousticRockBrit RockYou Me At Six