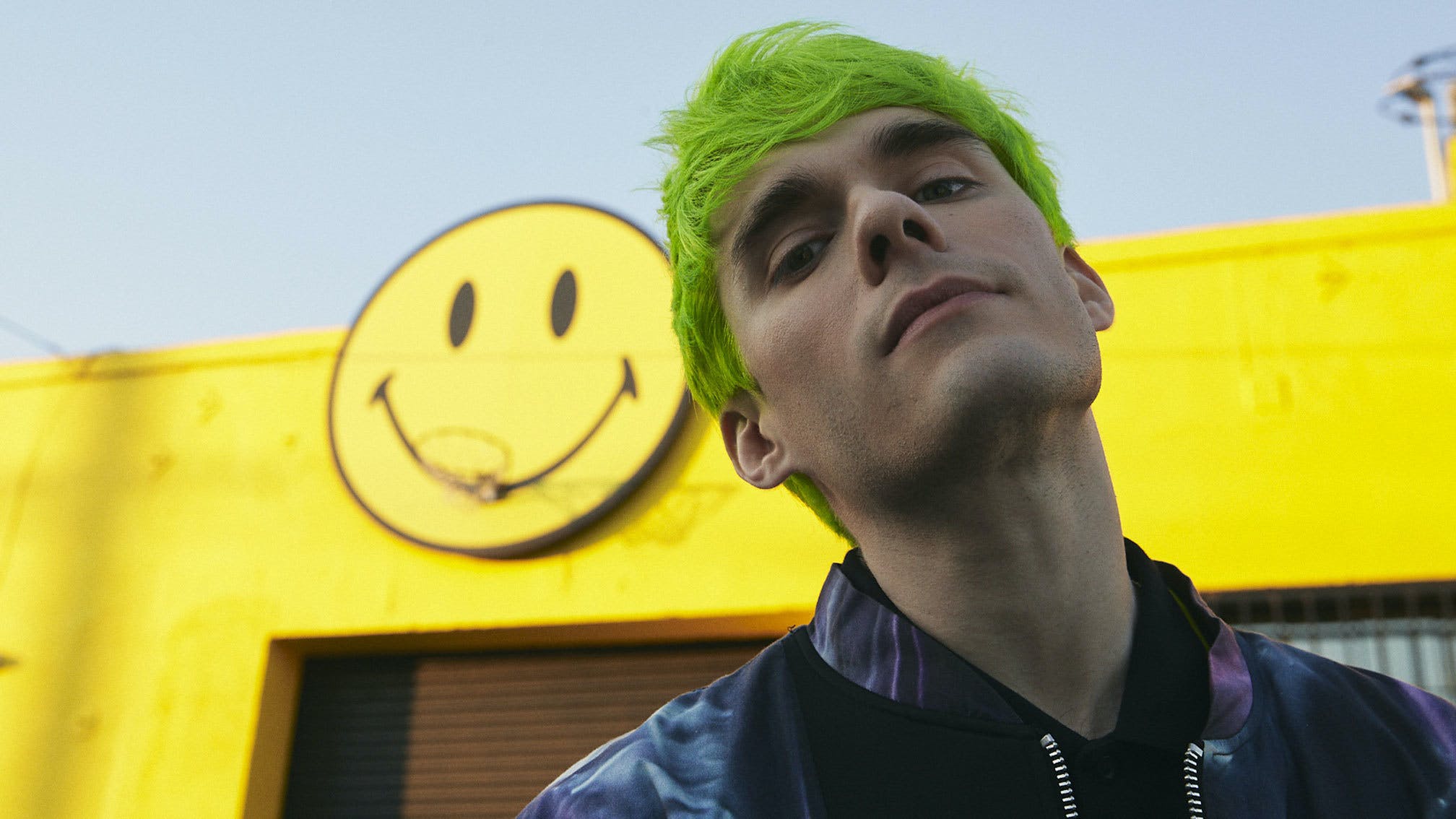 As Waterparks cross the pond for their huge Fandom UK and European tour this week, frontman Awsten Knight also graces the cover of this week's issue of Kerrang! for the very first time. And while we couldn't wait to dive into his life in music across the eight-page feature, we also couldn't resist asking about what comes next for the Houston trio – following the release of their brilliant 4K-rated album Fandom in 2019.

Naturally, Waterparks' leader is keen to keep his exact plans under wraps, but Awsten has revealed that he's "known for a minute" what the next era of the band will look like, while teasing, “I’d never go a year without putting out music, I’ll say that…”

When he's not on the road with the trio – completed by guitarist Geoff Wigington and drummer Otto Wood – Awsten spends the majority of his time working on music, so it's no surprise that he's already got some ideas up his sleeve for 2020. Whether that might be another album, an EP, or just standalone singles, remains to be seen.

“I’d say that I make a song every day, pretty much," the vocalist and guitarist tells Kerrang!. "I overthink stuff a bit, and whenever something is very on my mind, a song can’t not happen. When I first moved to LA, my old apartment was three minutes from the studio and management. I’m at the studio as much as they’ll have me, as our producer Zakk [Cervini] is always there – he’s who we did Fandom with – and pretty much every day I’ll be like, ‘Hey, Zakk! What are you doing?!’ I can record at home, but he’s so much better than me (laughs). So any day that Zakk has an hour, I’m like, ‘Hey, I have an idea…’”

Pick up the new issue of Kerrang! to read all about Awsten's decade of pursuing dreams, confronting fears and silencing inner doubts in Waterparks.

You can buy the mag anywhere in the world via Kerrang.Newsstand.co.uk, and for UK residents, it's in shops now from all good newsagents

Catch Waterparks live at the following dates on their Fandom UK and European tour – and pick up remaining tickets now from the Kerrang! Ticket Store:

Read this next: Awsten Knight: The 10 songs that changed my life

Waterparks announce A Night Out On Earth U.S. tour dates