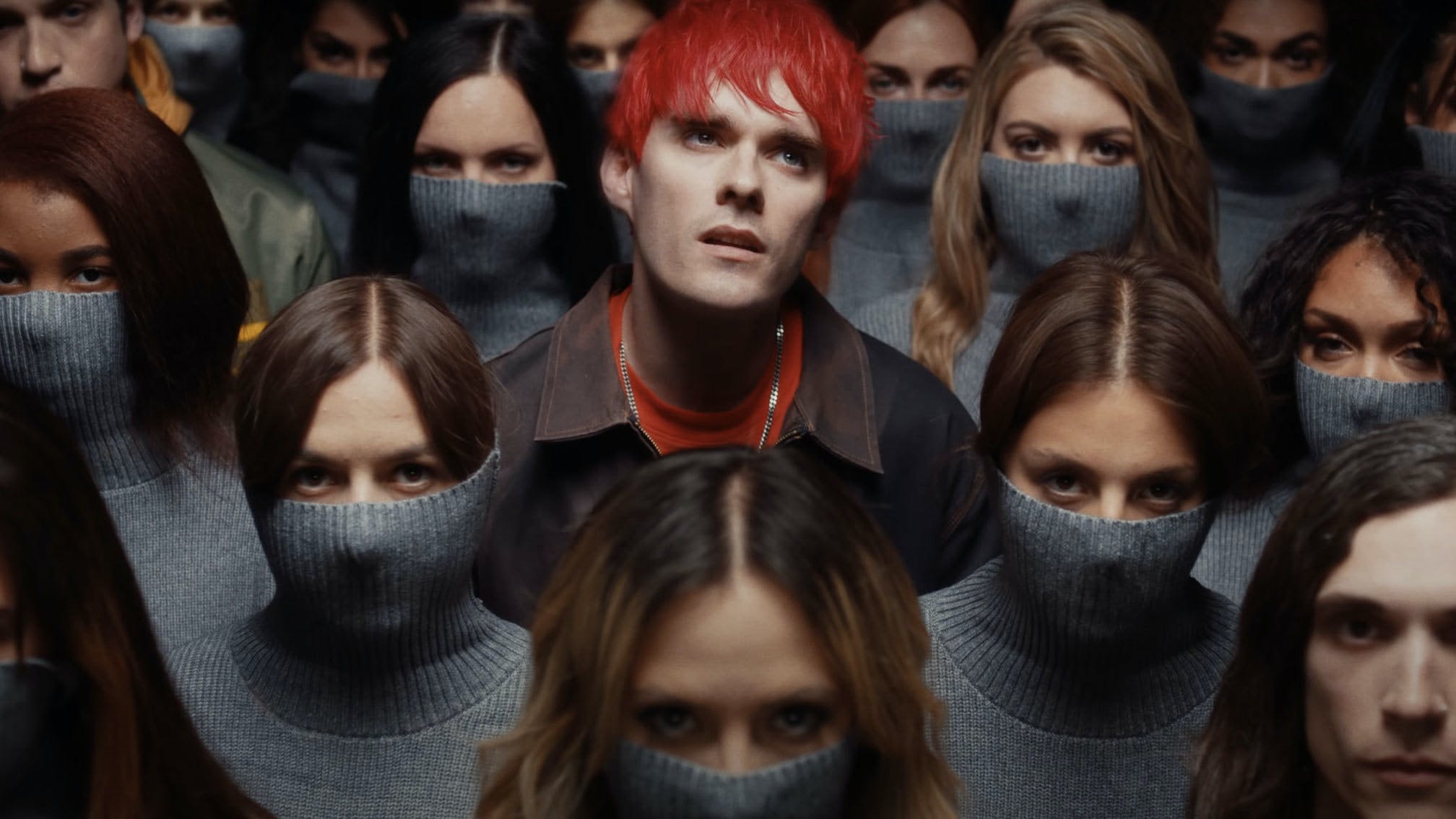 Since the start of 2022, Waterparks have been teasing new music and the next era following Greatest Hits – and now, it's officially here.

Their first new music in a year, the trio have shared infectious single FUNERAL GREY along with an official video directed by frontman Awsten Knight, and Erik Rojas. FUNERAL GREY arrives on Fueled By Ramen – marking Waterparks' debut release on the iconic alternative label (congrats, guys!).

Speaking to Kerrang! early last year, Awsten explained of his mindset going into the creation of new music: “I always want to make something different than before. If I tried to make FANDOM again, it wouldn’t work, and people wouldn’t like it as much. You’re not gonna beat what you’ve already done for somebody – you’re not going to be able to recreate the same thing and have it have the same effect.

“It’s like when you see bands who do a lot of the 10-year tours: it feels like they’re trying to recapture that first album all the time, and you’re never gonna get that. One, it’s a cultural moment, so that’s totally out of your hands. And two, everybody that loves it found it at a certain time – when they’re more susceptible to new things. The strongest thing that you will almost never beat is their nostalgia for it. It’s such a powerful and poisonous thing for art.”

And yet again Waterparks have delivered on doing something fresh – watch the video for FUNERAL GREY below:

Catch Waterparks live in the UK next month on their See You In The Future tour:

Read this: Waterparks’ Awsten Knight: “If your art’s not getting a reaction, then what are you doing?”