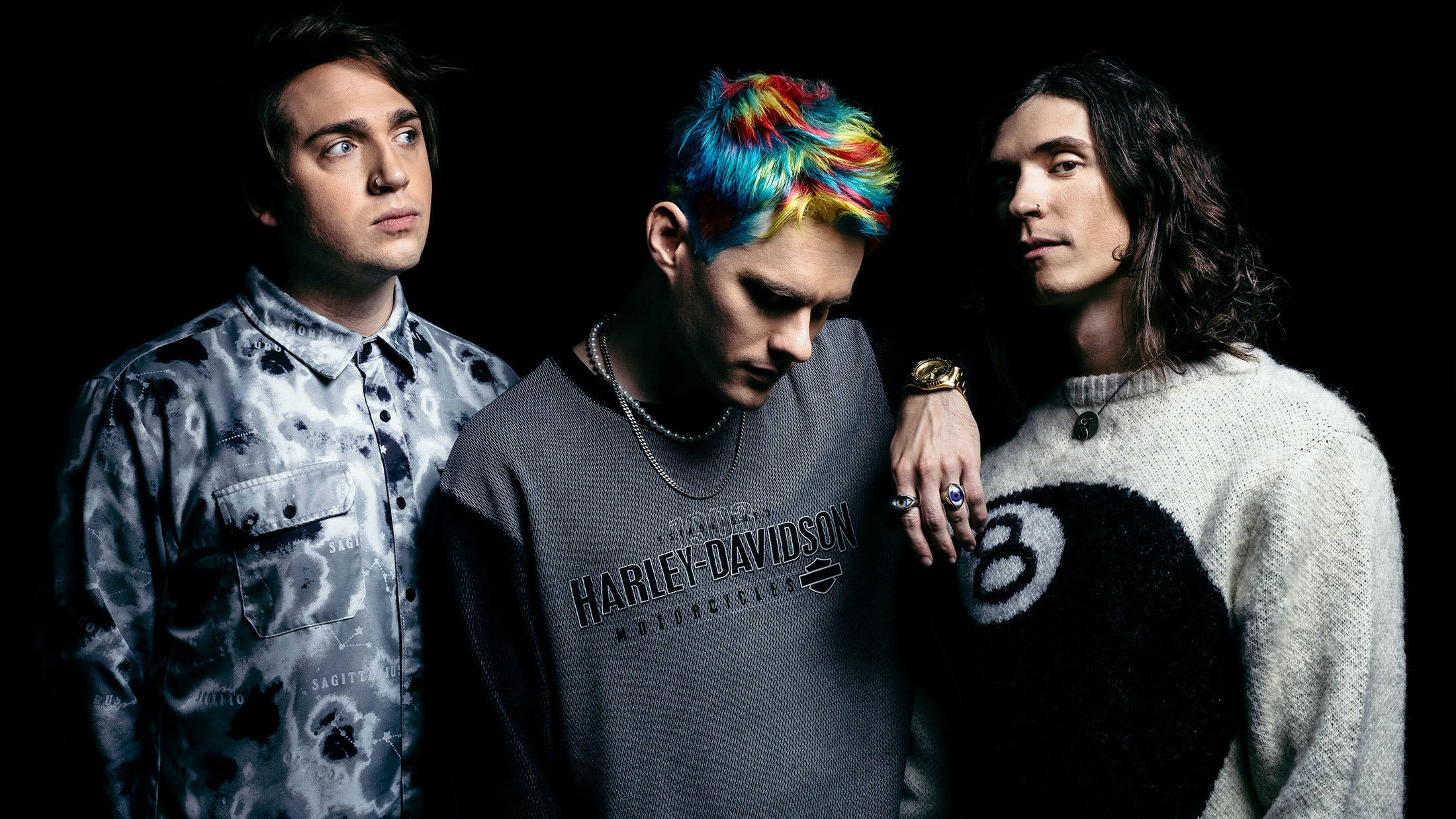 It looks like the follow-up to 2019's FANDOM is finally on the horizon: Waterparks have made an as-yet-unnamed new single available to presave ahead of its release on Friday.

The Texan trio have updated their website to simply read GREATEST HITS, with a click-through on the logo linking to the option to save whatever's coming on February 26 through Spotify and Apple Music. Plus, there's some rather lovely instrumentals that can be heard – which we'll presumably also get to listen to as part of the full song in the coming days.

While the GREATEST HITS logo could well be the title to Waterparks' next full-length (their releases are named in alphabetical order, so we do know the record's name will begin with a 'G'), frontman Awsten Knight also shared a new photo with the caption GRAFFITI, as well as a photo earlier this month that read GRAFFITI HEAD. Seems like GREATEST HITS and GRAFFITI are two pretty decent frontrunners for the official title, then?!

Speaking to Kerrang! last month about the sound of album number four, Awsten enthused, "I’m glad we’ve set the bar and the expectation of, 'Hey, we’re going to make all kinds of weird shit, and shit that you’re not going to expect.' We’ve opened the door to be able to do anything, and my only hope is that people don’t go into it expecting too much of one thing, because they will never, ever, ever be right."

He also revealed that the select mates he's let hear the record in advance have had mixed reactions… in a good way.

"It’s different," Awsten said. "A couple of people have been like, 'Man, I’m nervous… some of this stuff’s really weird…' But other people are like, 'Holy fuck, this is by far the best!' It’s for sure the most experimental so far. Actually, my friend Travis was like, 'You know what I like about these songs? You’re constantly like, 'Wooo, arghhh!’ It seems like you’re having a lot of fun!’ And I was like, 'I was having fun, but also, like, breaking down…’ (laughs). It’s a lot of craziness.

"The thing is, no-one’s just like, 'Okay.’ They’re like, 'What the fuck?!’ or, 'This is my favourite!’ It’s definitely gonna divide people, for sure. But if you’re making art that’s not poking a little bit, or at least making people think, 'Oh my god, what do I think about this?!’ then you’re kind of fucking boring."