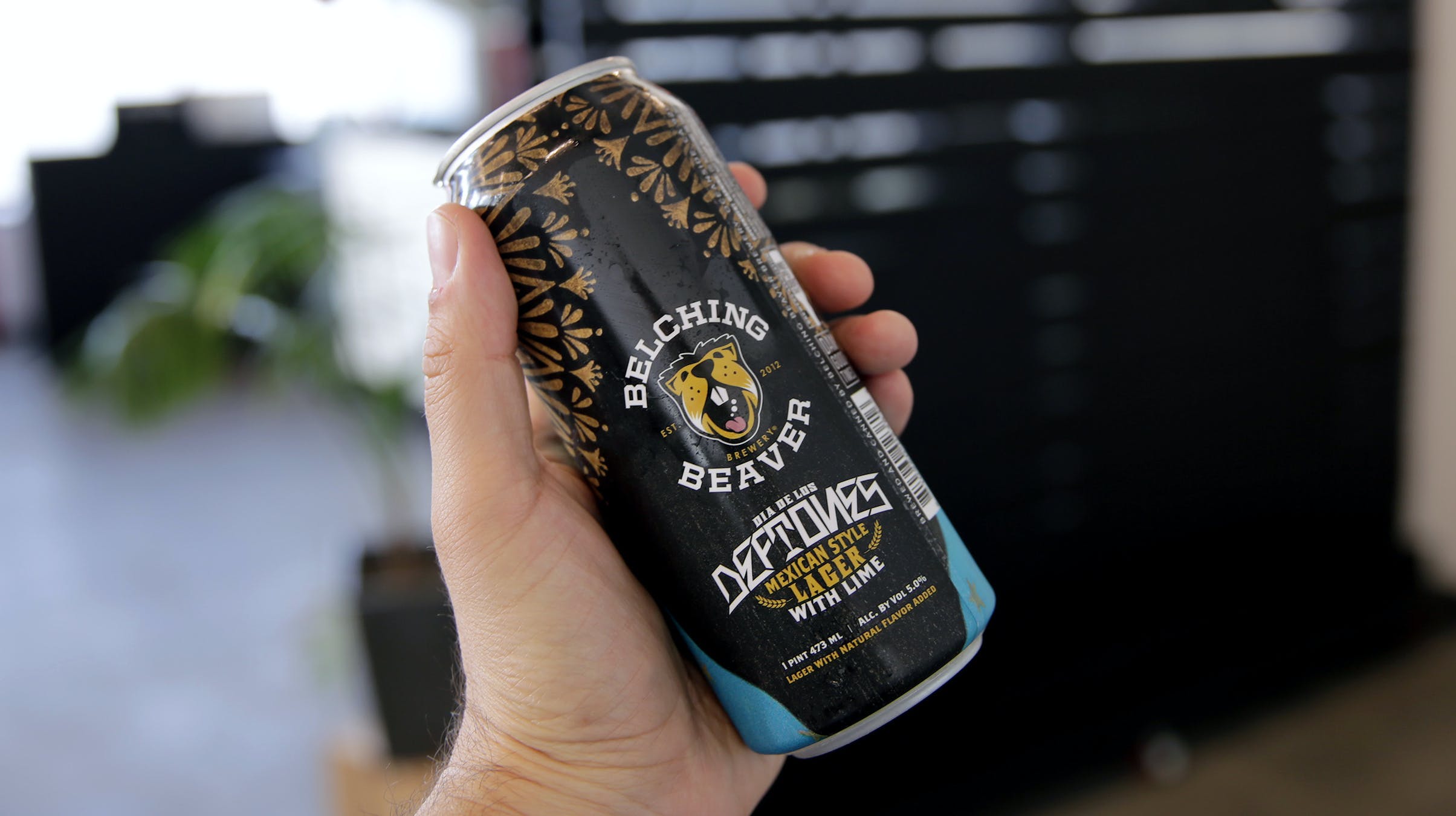 Initially, band-sponsored craft beer was all about bearded underground metal acts making intimidating, somewhat undrinkable IPAs and porters with grisly label art. But as craft beer became more widespread, a demand for less punishing varieties soon emerged; similarly, as band-sponsored beers became a rite of passage for any artist of a certain size, more mainstream acts started getting in on the sponsored beer game. A result of all of this cultural evolution is Deftones' Dia De Los Deftones beer, a Mexican lager with a hint of lime that's about as accessible and satisfying as the band's music.

This isn’t Deftones’ first beer with San Diego’s Belching Beaver Brewery; their previous beers, the Phantom Bride IPA and Good Morning Beautiful Ale, were released in 2016 and 2018 respectively. But for their upcoming Dia De Los Deftones Festival, the band obviously wanted to go a more refreshing route. And while many craft breweries use ‘Mexican lager’ as an excuse to make a thin yellow pilsner that’ll appease those who just need any beer under the sun, the Deftones’ take on the style actually has some flavor profile (while still being extremely crushable).

READ THIS: Inside Chevelle's new craft beer with Revolution Brewing

Overall, the beer is dry -- but has a tartness almost like one might find in a sour or cider. The lime is a nice addition, and tastes like fresh fruit rather artificial or candied, while there's also plenty of grain flavor up front. On paper, this combination might sound unpleasant, but the sharp lime and the savory bread flavors lend an identity to a more traditional drink. With a sharp fizz and a solidly mid-paced 5% ABV, it's crisp and a little filling, even though you could still probably have three or four of them should the occasion arise.

It feels appropriate that this beer comes in 16-ounce cans -- this is definitely a tall boy brew (it's also worth mentioning that the Santa Muerte label art is terrific to stare down at while buzzed). Though it might be a little straightforward for the more adventurous drinker, it’ll definitely work well at a music festival, when all you really want is an ice-cold brew that you can walk around with for the better part of forty-five minutes. If you’re looking for a long-form, palate-expanding craft beer, this really isn’t for you. If you’re looking for something nice to drink in the sun, this is a solid choice.

READ THIS: Inside Coheed And Cambria's beer with Coney Island Brewing