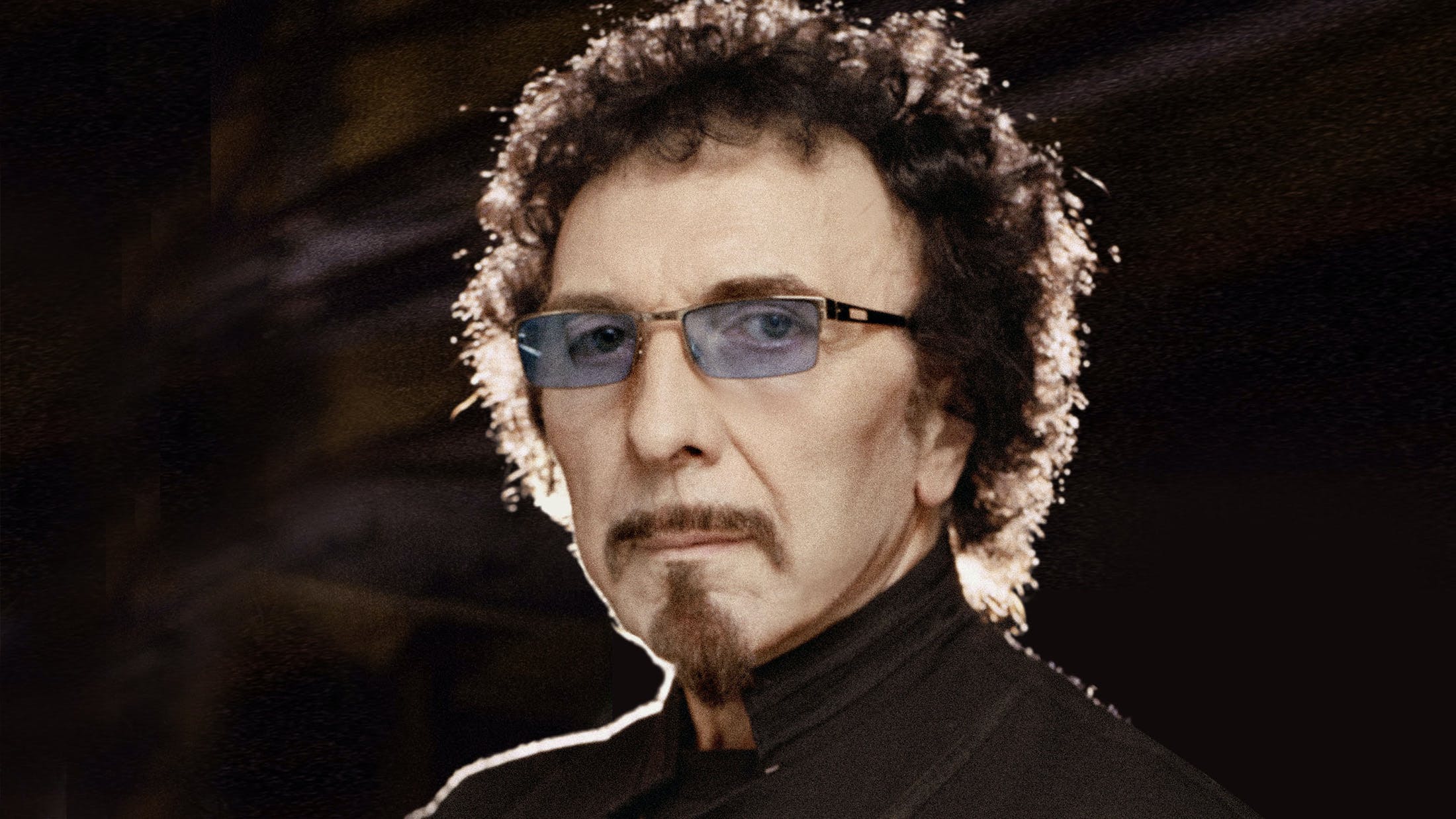 Tony Iommi doesn’t really do sitting around. In the early days of Black Sabbath during the late-‘60s, it was his responsibility to deal with money, book gigs, drive the rest of the band up and down the country in a van, lug gear around and generally take control of things as much as possible in an outfit that featured a young Ozzy Osbourne. Playing guitar and inventing heavy metal was almost a distraction from the rest of it.

And now that Sabbs have made their final bow, and there’s no touring in the diary, the mild-mannered guitar hero may have more free time than he has in the past 50 years, but he’s still got plenty on: charity work, being a professor of music at Coventry University, as well as his appearances at BIMM Birmingham, and his Evening With Tony Iommi events…

“I still have to keep feeling like I’m on tour,” he says. “It’s funny – I am sitting back and seeing what happens for a bit, because I’ve always been in a rush over the years, but I’m still touring in my head. It’s peculiar, I can’t lose it. I still have to do something. I can’t sit still – I have to be involved in something.”

Call Tony a hard worker and he’ll say, with characteristic modesty, “Yes, I suppose I am.” Ask him how it feels to be an icon, in the same way that he looked up to his own guitar hero, Hank Marvin, on the other hand, and he’ll admit to having a ‘Who? Me?’ moment.

“I’m really grateful when people say things like that, and I’m very proud of it,” he says. “I’m proud of it all: what we’ve done and what we’ve been able to do. And when I look back on [the music] – because I love it and I love playing it – it’s great when someone else can get something else out of it and look to you as an icon. It’s fantastic.”

However, this wasn’t always the case. While Sabbath became phenomenally successful in the ‘70s, thanks to genre-defining albums like Paranoid (1970) and Master Of Reality (1971), the band’s music and whole black-clad vibe was often sneered at by the music industry, the press, and even other bands. And Tony and his bandmates just thought, ‘Bollocks to ‘em!’

“We got slagged left, right and centre from the off,” he chuckles. “‘This will never last,’ all that stuff. But then the first album went in the charts, I couldn’t believe it. It was such a fantastic feeling. And later when Paranoid came out, we realised, ‘God, people like it. This is great.’ It was such an amazing thing to pull through all that, and not give up.”

Tony has never given up. He is the backbone of Black Sabbath – not just their key music writer, but the one constant in a band who have had 25 members over the years, through times of being an icon and times of being uncool. It was this hard-working attitude that also literally helped save his life when he was undergoing treatment for non-Hodgkin lymphoma in 2013. While the entire world would have understood if a man battling cancer had put work on Sabbath’s 13 comeback record on the back-burner, Tony found strength from having it to focus on.

“It’s so easy to sit down and feel sorry for yourself, and then you really go downhill. I wanted to keep up, and music certainly helped me,” he recalls. “Being able to come into my house to work [in the studio there] was great, because it meant I didn’t have to travel and if I felt ill I could go to bed. But it was great to be able to still keep playing and take my mind off everything.”

And there’s still no rest for the wicked, with Tony revealing that he’s got “thousands of riffs” he needs to go through, with a view to doing… something with them.

“I don’t know what to do with them yet,” he confesses. “Whether to make a riff album like I was talking about with [Queen guitarist] Brian May, or to make them into songs. I don’t know. There’s a lot of things in my head that I want to do, it’s just being able to get the chance to do them all – I can’t do everything at once.”

And this is why Tony Iommi is such an icon, with even his beloved home city of Birmingham giving him props (“There’s talk of a Black Sabbath bridge, and a bench with our faces!” he laughs). Because, despite having earned the right to put his feet up after five decades of hard graft and changing the world of music, he can’t help wondering what’s next. And we’re excited.