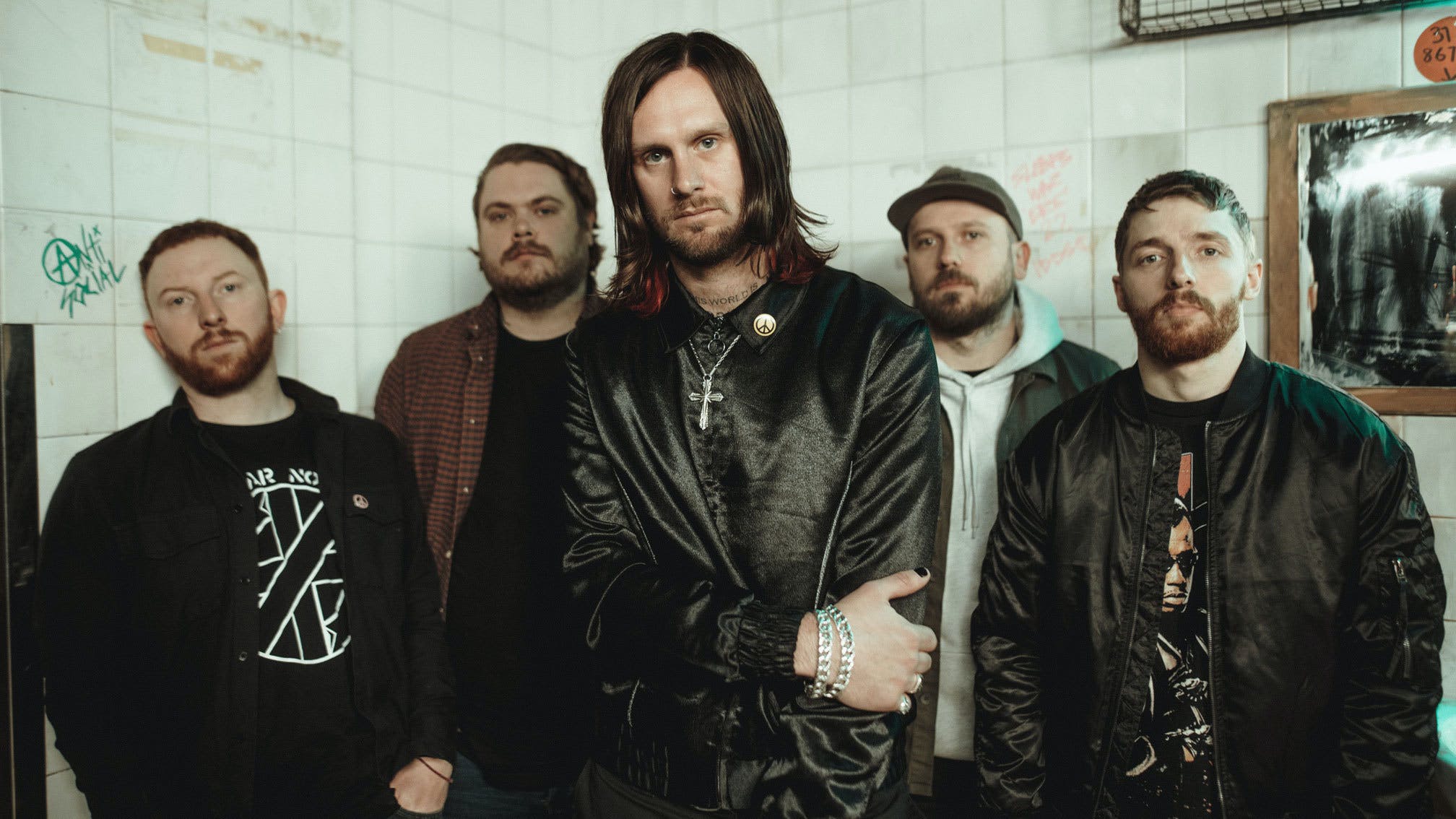 With While She Sleeps officially releasing the full expanded edition of their latest album SLEEPS SOCIETY on June 3, the band's collab with Enter Shikari's Rou Reynolds has now hit streaming.

Rou lends his vocals to a new version of the song SYSTEMATIC, with his verse kicking off later on in the track as he sings that, 'This system got me by the wrist / I wish it would cease and desist / Fuck your glamour and glitz / We're miners down the mosh-pits.'

At the time of releasing the original version of the album, Sleeps went completely independent and shunned the album charts in order to support their struggling friends and team in the pandemic.

"At the beginning of this album we made the decision to independently distribute the vinyl and CD copies of it," Sleeps announced in 2021. "This enabled us to rehire our touring crew, support our local business and give opportunities directly to the people around us who needed it, in a year where our industry and culture had been hit hard. This decision meant our sales would not be counted as ‘chart eligible’."

Nevertheless, they went on to achieve huge success, unofficially making it to Number Four in the UK charts.

"The reaction to the album so far has been completely incredible and although our sales figures aren’t being counted as ‘official’, we are so proud to tell you that ‘unofficially’ we are Number Four in the UK album charts today," they said. "This would be our highest-ever chart position. Your sales directly support our band, crew & the future of Sleeps. Thank you all so much.”

Listen to the full extended edition of SLEEPS SOCIETY below.

Read this: Enter Shikari: “Performing is, simply, what we were born to be doing”