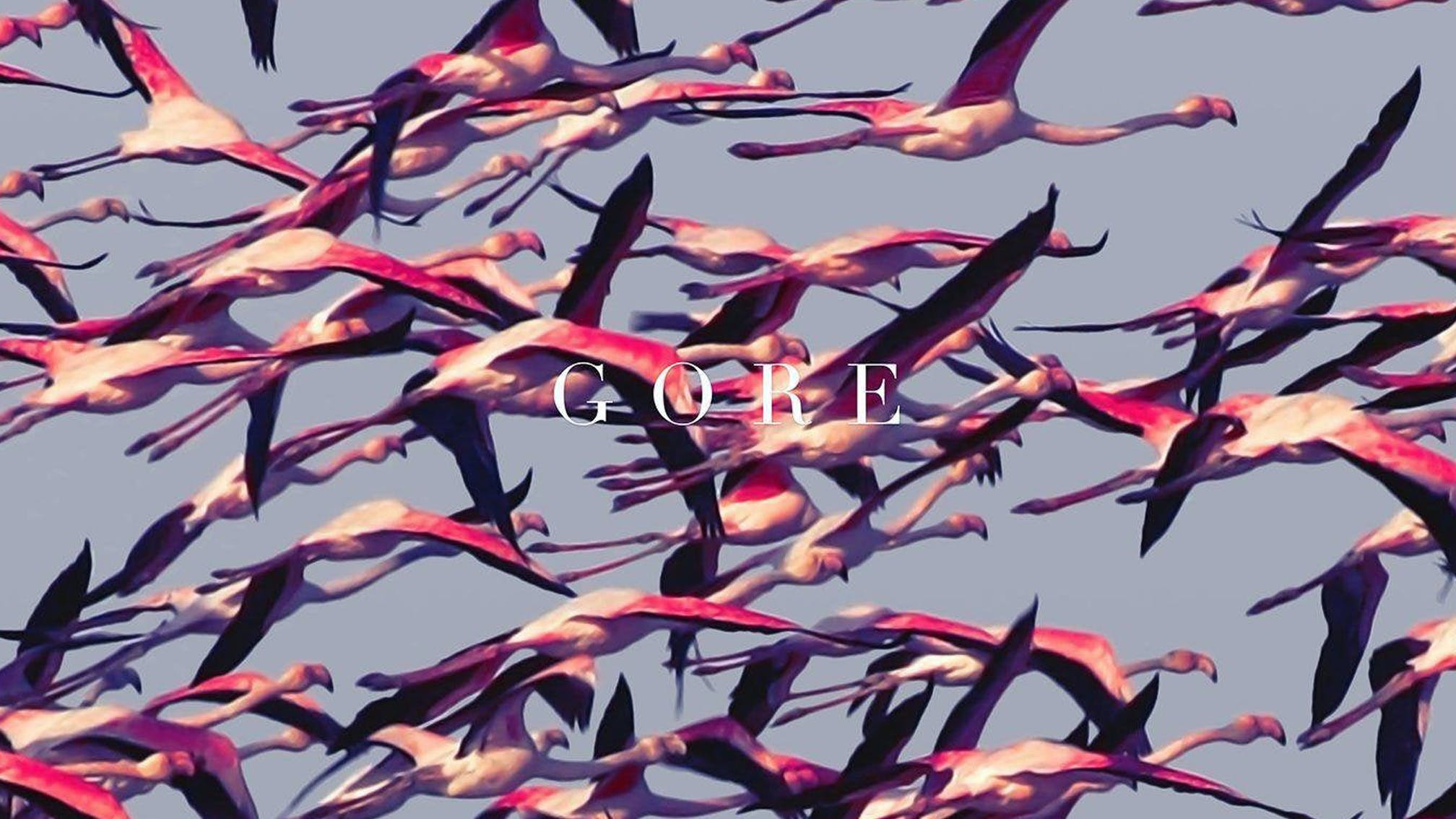 We’ve said it before, we’ll say it again: there’s a certain absurdity when it comes to talking about Deftones’ discography. As has been well-documented by Kerrang! over the years, and even when held up against other similarly revered bands, their exalted body of work comprises some of the most innovative, influential and important records of all time. Very much the musical back-catalogue equivalent of shark teeth, pluck one classic out, another pops up to replace it.

There’s a certain temptation to claim that if any Deftones record warrants being christened their most misunderstood it would be 2006’s Saturday Night Wrist. After all, you could say that Chino Moreno was quite blunt about it back in 2016…

“Saturday Night Wrist is my least favourite record,” he admitted to us. “That record is so unconfident – and that’s why I hate it. I don’t feel like it’s me – it’s this unconfident version of myself that doesn’t know what he’s doing.”

Here it should be stated that a) not everyone in Deftones agrees with him on its qualities and b) it contains some of their finest songs in the form of Beware, Rapture, Xerces, Cherry Waves, Combat and Kimdracula. Yep, Deftones at their most “unconfident” nevertheless produced one of the best records of 2006. You could certainly argue that Saturday Night Wrist is an under-appreciated album, but one thing it is not is misunderstood.

The inter-band squabbling. The songwriting tribulations. The excess. (“We were riding high,” grinned Frank Delgado to K! back in 2016. “Very high.”) All of this is not only very well understood; it is deeply ingrained in the Deftones narrative.

No, if we’re talking their most misunderstood record, we need only travel back five years to the band’s eighth studio album, Gore. To get right to the root of why it is so excruciatingly and unfairly misunderstood, just revisit how it arrived in the public eye.

“I think my proudest thing about my guitar playing on this record is just playing on the record, because I didn’t want to play on the record to begin with,” guitarist Stephen ‘Stef’ Carpenter told Ultimate-Guitar.com.

A soundbite endlessly reproduced online, it not only made it sound like Deftones’ guitarist hated their own record, it seemed a throwback to the Saturday Night Wrist days – evoking a band at creative odds with one another. This, of course, went against the perception (and reality) of how they had so movingly reconvened for Diamond Eyes after bassist Chi Cheng suffered the horrific car crash that would, after years in a coma, claim his life.

Principally, two things got lost in translation upon Gore’s arrival. The first is the blunt-force honesty and forthrightness that makes Stef, Stef. In a world of manicured press statements from bands, his ability to just speak his mind in the moment is – alongside his guitar playing, natch – his superpower.

“People are saying, ‘Are you mad about what Stef said?’” Chino told Kerrang! at the time. “Fuck no! That’s Stephen! He says that shit to me! I understand when he says stuff like that people are going to react in a certain way. And Stephen didn’t say it to make people react, he was just being Stephen. That’s how shit is.”

The second was this: it was also out of context.

“When I gave ‘the interview’ I was just saying in the beginning I wasn’t too inspired by what was going on,” Stef explained. “But I was really elaborating specifically mostly on one song. That one song Hearts/Wires just rubbed me wrong. I was hating on it. But once I decided to stop letting it bother me and just get down to it I found myself a place in that song. And having gone through recording the record, it’s one of the songs that I like the most now. It punished me in the beginning, but at the back of it I actually enjoyed a lot.”

“Oh yeah!” he replied. “I went eight records before I had any kind of issue with an album – but I’ve already lived through two records in the past where somebody else didn’t enjoy them at all. For me to finally hit a wall, I think I lasted pretty good! ’Cause I’ve seen other people already buckle.”

Even when Stef ­and the rest of the band set the record straight, the narrative of disharmony continued to churn in headlines. It’s perhaps easy to understand why. To an extent, every album has a narrative and some have better stories than others that help people digest or relate to the music being presented. Diamond Eyes was the triumphant, emotional return. Koi No Yokan was proof (not that any was needed, mind) that it wasn’t a one-off.

Gore was, perhaps, a record that had everything it needed to blow people away but a narrative. “Another great album!” is not exactly what clickbait is made of. Instead of the world focusing on the music, Stef’s comments became the lens through which Gore was viewed. What’s so interesting is that we understood more about this album now, in 2021, than we did at the time. It was while talking about last year’s Ohms that Chino opened up about the Gore sessions.

“When you’ve made a lot of records with the same people, everybody has to be engaged,” reflected the vocalist. ​“We’ve learned the hard way. A perfect example would be Gore, when Stef basically admitted, like, ​‘I didn’t have much to do with this record.’ And that was not because we didn’t want him – my favourite ideas of Deftones songs are ones that he spearheads!”

Chino proceeded to paint a picture of the Gore sessions where he, Abe, Frank and Sergio worked up songs, and Stef jumped on later to do his thing. But, Chino insisted, the narrative that Gore is a Stef-free zone is not true. He was in fact at the heart of the record’s best song: the Jerry Cantrell assisted Phantom Bride.

“He was involved in Gore, let’s not get it wrong,” said Chino. ​“Phantom Bride? Aside from the lyrics and drums, he wrote that all by himself. He did have something to do with the record, he just wasn’t fully engaged, and it wasn’t because we were like, ​‘Our songs are better.’ It was nothing like that. He was going through something, and after the record was done he talked to me a little bit about it, like, ​‘I’m sorry I wasn’t as available as I should have been.’ I was like, ​‘Dude, you’re my brother, I totally understand.’ When the record came out, I think people felt that Stef wasn’t as big a part of it and that it may have suffered in certain areas because of that, so one of the most important things is that everybody is engaged and everybody is excited.”

Ohms, Chino said, was Deftones – all of Deftones – firing on all cylinders again. It was. And who doesn’t want that?

But what’s so impressive is that Gore turned out the way it did in these circumstances. Seriously, listen again five years on. It is an embarrassment of riches.

Everyone loves Phantom Bride and we’ve already addressed its genius, so let’s just take a scan at its tracklist’s other inhabitants. Geometric Headress is, flat out, one of Deftones’ most melodically graceful songs. Acid Hologram’s slow-motion doom rumble? Excellent, and a bit spooky. The thrashy, propulsive verses of Doomed User? Open the pit! Even the fact that a song as wonderfully atypical and arty as Prayers/Triangles was the lead single? A testament to a band still taking risks. As for Hearts/Wires – the song that was the source of so much strain – it’s a masterclass in tension.

And yet these are the songs people typically associate with Gore. Less celebrated but equally wonderful is Xenon, its frazzled, grungy intro sounding like the product of a lost session from Nirvana’s In Utero. (L)MIRL is a gorgeous post-rock excursion, while the way in which the title-track’s convulsing riff competes with its glacial verses feels very much like a roof collapsing on top of you while you’re having a candle-lit bubble bath.

Rubicon, meanwhile, continues in the great tradition of their self-titled album’s Moana by ending things pitched (perfectly) somewhere between yearning and terror.

There is just so much to admire on Deftones’ eighth outing. So many wonderful individual performances. So many beautiful details, not to mention the tapestry of recurring images in the lyrics, both within and between songs. It makes for an easy rhyme, but it also happens to be true: Gore deserved more. More praise. More attention. More respect.