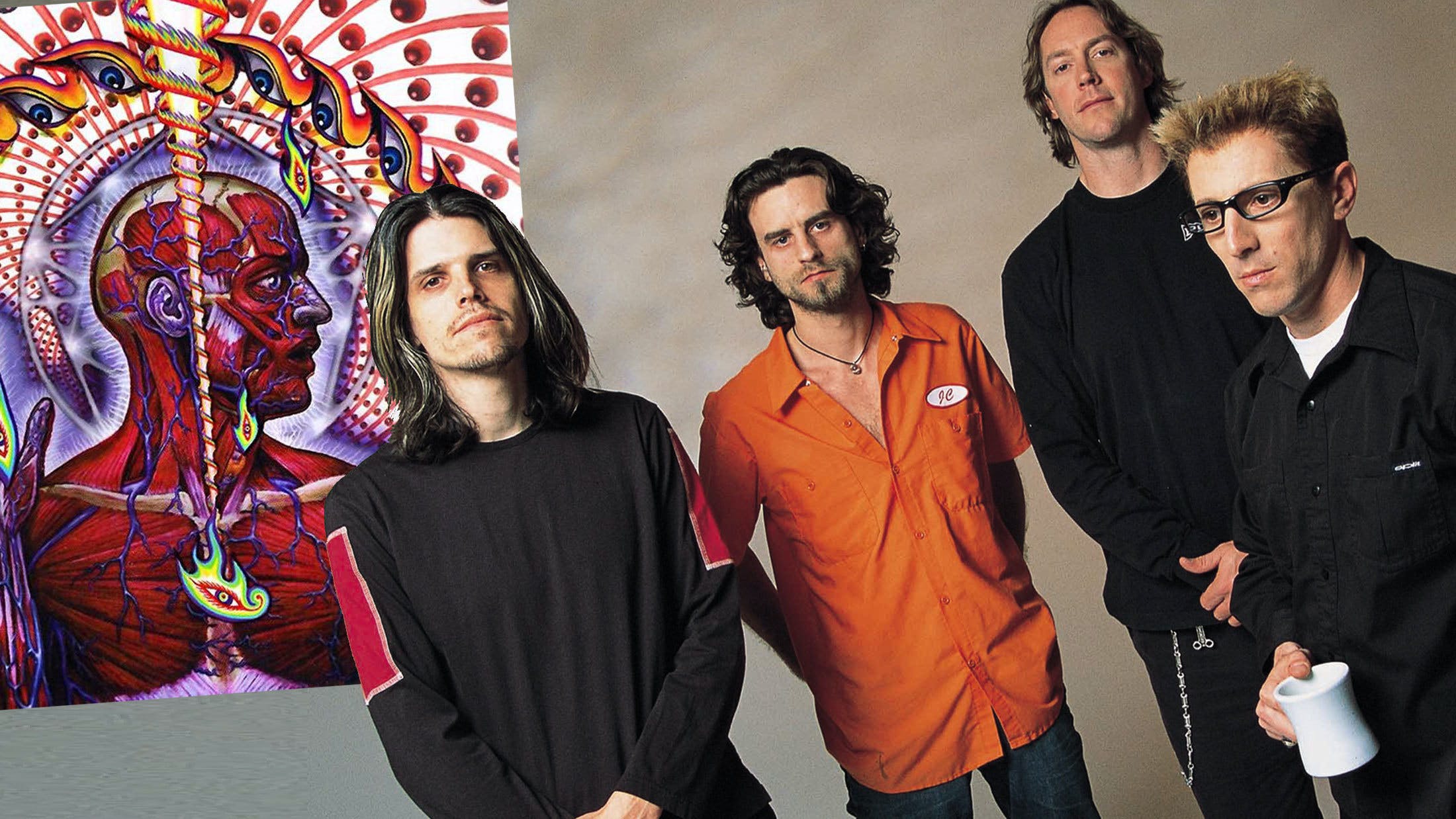 There are three types of people in this world: those who like Tool, those who don’t like Tool, and those who probably like Tool a little too much. Twenty years ago this month, Maynard James Keenan, Adam Jones, Danny Carey and Justin Chancellor entered a Hollywood recording studio and began laying down the album that many would argue remains their masterwork to this day. Although the powerhouse quartet’s legend was already cemented by the two-and-a-half prodigious studio efforts that preceded it, Lateralus would be the moment that transformed that special breed of Tool fan’s love into something approaching cult-like obsessional.

For a sizeable number of those listeners, Lateralus isn’t even the name of the record. To those fans, the body of work produced in those late 2000 sessions is The Holy Gift, the ‘secret’ album hiding in plain sight when its 13 tracks are rearranged to mimic the Fibonacci sequence. Unless you’re in that select band of Tool devotees, you might well be scratching your head right about now. But honestly, you don’t know the half of it.

For those unaware or merely lacking the inclination to use a search engine, the Fibonacci sequence is a mathematical term, where each digit is the sum of the two that come before it – a numerical representation of the fabled ‘golden ratio’ which can be found in art and nature, comprising everything from flowers to seashells and even the hairs on your head. When charted on a graph, that sequence spirals outwards.

Lateralus’s title-track’s introduction lasts one minute and 12 seconds and the numbers 0, 1, 1, 2 are the first four in the Fibonacci sequence. The first verse kicks in on 97 seconds, which is approximately 1.618 minutes, i.e. the golden ratio. Each verse is also 55 seconds long, which is the 11th number in the sequence. The syllables in those verses match the sequence too, peaking at 13 (coincidentally, the same number of total album tracks) and then again in a descending order thereafter. Furthermore, the time signature of the song’s main riff is 9/8, 8/8 and 7/8, and 987 is the 17th number in the sequence. The final lines Maynard sings are, ‘Spiral out. Keep going.’

Following so far? You’ll be forgiven if some of that hasn’t quite landed. We can only be marginally sure we’ve explained it correctly. The sum total of this brain-twisting exposition is that Tool didn’t do any of this by accident. It’s often said that you can find patterns in anything if you look hard enough, but what if these clues were left there to be found? In the case of Lateralus at least, this isn’t the work an overzealous fan, proselytising or foisting genius upon the artist after the fact. This was entirely intentional.

Naturally, such breadcrumb trails invite speculation and conspiracy, intriguing some to look further still, believing the song to be a kind of puzzle that signposts the truth of the record – the real one – The Holy Gift (from Parabola: ‘Recognise this as a holy gift’).

To hear it, the Fibonacci pattern must be applied to the songs as a whole, dividing them into two figurative sets, or spirals, and entirely overhauling the tracklisting. The Holy Gift starts with Parabol/Parabola and then goes into Schism, Ticks & Leeches, Mantra, Lateralus, Faap De Oiad, The Grudge, Triad, Eon Blue Apocalypse, Reflection, The Patient and finally, Disposition. In that order, each set of two songs in the new sequence add up to 13 (using their original track numbers: 6+7, 5+8, 4+9, 13, 1+12, 2+11, 3+10), with the former 13th track acting as a kind of pivot (‘To swing on the spiral’). Fans have posited all kinds of so-called evidence to support this version as the true record, with a deep web of muso mumbo-jumbo available to dive into, depending on how far down the rabbit hole you want to go.

One theory suggests that the otherwise choppy, rumbling end of Schism doesn’t feel so jarring and abrupt when it flows into Danny Carey’s virtuosic rhythms on Ticks & Leeches. Another notes how Mantra – a warped sample of Maynard gently squeezing a mewling Siamese cat – sounds like choking, which would tie in with the last lines on Ticks & Leeches, ‘I hope you choke.’ Largely, the thrust of the arguments for The Holy Gift focus on how much the transitions from one track to the next feel neater, and while it’s easy to dismiss all of this as fanciful, listen to the songs in this suggested order and they certainly do flow a little more logically.

Interestingly, superfans on Reddit – where you might expect crackpot ideas to thrive – seem to largely detest this sequencing. The biggest problem with The Holy Gift being the ‘correct’ order of course, is that it would surely exist in some official form other than YouTube playlists if that was true. Alas, the ‘Holy Gift’ loses its potency when constantly interrupted by adverts for sanitary products and the Just Eat jingle.

You can imagine Maynard and co. appreciating that irony. They know better than anyone how their fans are wired differently. It’s not too much of a leap to imagine their amusement at this hyper-forensic analysis and deconstruction. If you’ve not been paying attention, Tool have a wicked sense of humour (this band of academics gave themselves that name, for starters…). They haven’t, of course, but even if they were to ever address The Holy Gift theory, you’d be best advised to approach whatever was said with a healthy dose of cynicism. No band relishes having fun with their image as po-faced, pretentious sorts as much as they do. They even messed with fans and media alike in the process of making the record, teasing the title as Systema Encéphale and leaking fake track names online almost weekly, often filled with puerile in-jokes as is their wont. But you can get away with being sophomoric if what you actually deliver is as superior as Lateralus.

Two decades on from its release, only those responsible for its creation will know if there’s any substance to The Holy Gift. As Maynard sings on Schism, ‘I know the pieces fit’, but it’s likely that’s a secret he’ll take to the infinite with him.

For now, we’re off for a much-needed lie down, to put the record on and spiral out…