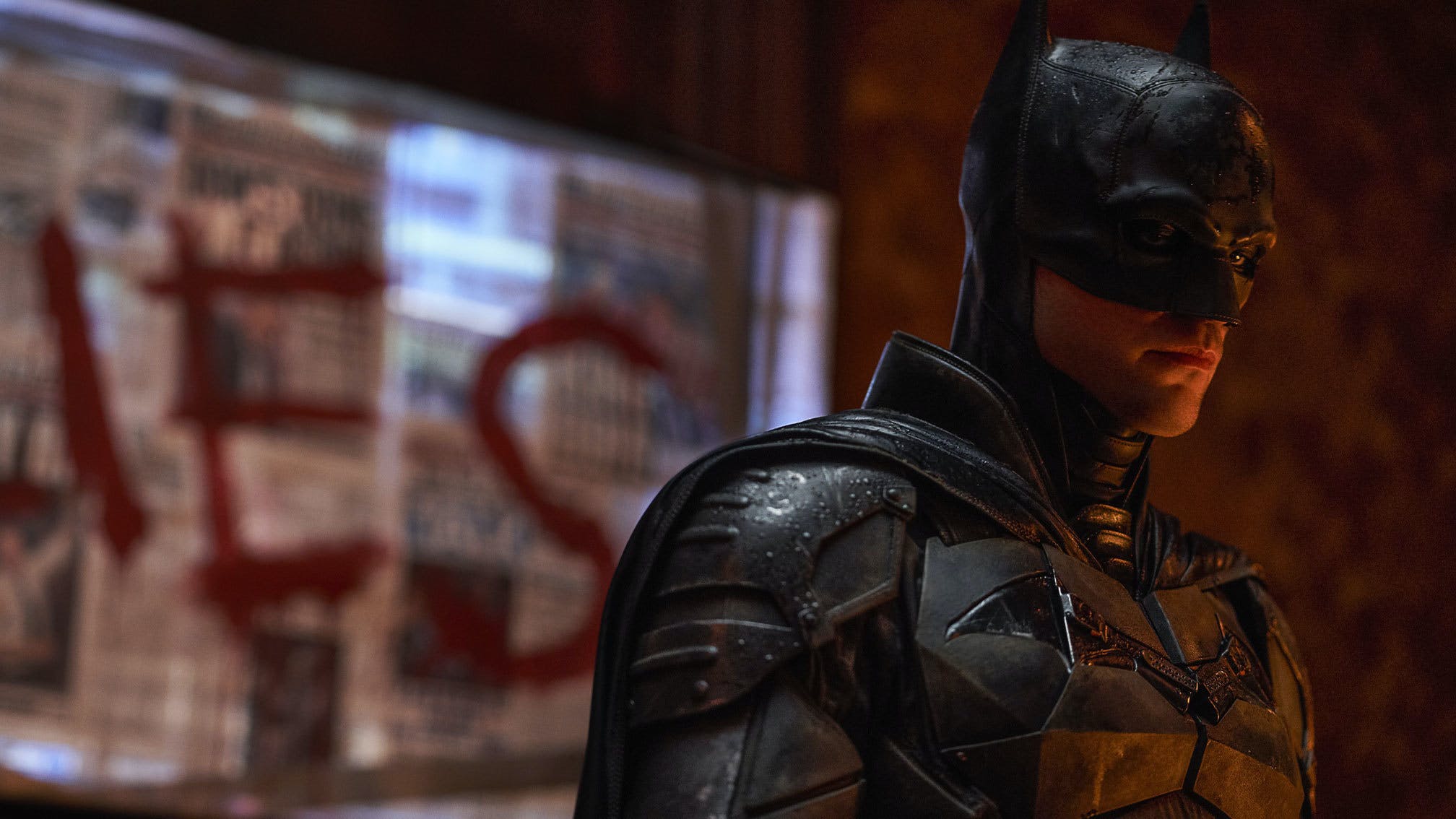 Like Henry Ford’s Model T, The Batman comes in any colour you want – just so long as it’s black. Such is the monochromatic severity of Gotham City – the perennially troubled metropolis that the titular hero, his vast array of nemeses and a nameless array of battered citizenry call home – that when the sun rises it glows like a free range egg on Portland stone. But don’t get too used to it, is all. Almost without exception, the fictional, and famous, megacity – as much of a character in the Matt Reeves directed picture, released on Friday, as the Penguin or Commissioner Jim Gordon – is a place of shadows and darkness. It’s one of the most metal settings in all of popular culture.

The Batman film features just one famous rock song in its 176-minute running time. As the camera pans over Gotham City’s vertiginous skyline, Nirvana’s gloriously fragile Something In The Way, the closing track from 1991’s blockbusting Nevermind album, fills the air. The world below, however, is a place of metal tropes: imminent catastrophe, serial killers, mental illness, corrupted authority, the excluded and the helpless, the vengeful – tellingly, both Batman and the Riddler use the phrase “I am vengeance” – not to mention an entire population brutalised by larger and wilder forces beyond their control. As ever, trouble and violence beats down on Gotham City. To put it bluntly, some of the residents are just not gonna take it anymore.

Chief among these, of course, is the Batman himself. Played with haunted gravitas by Robert Pattinson, it would perhaps be facile to imagine who are the favourite bands of this iteration of the Dark Knight – oh go on then: Rammstein, Tool, Nine Inch Nails, perhaps a bit of Ministry to get the blood pumping – but this is clearly not a man who has front-row tickets for Ed Sheeran this summer. Beneath the mask, the rich and ruined Bruce Wayne remains both traumatised and motivated by the murder of his parents years before. Not a lot of tie-dye in his wardrobe, either. The first time we see him, the skin around his eyes is smudged with black face-paint. If it weren’t for the haunted demeanour, one could imagine he’s getting ready to audition to be the drummer in a KISS tribute band.

His digs are pretty on-brand, too. Whereas in the past the Batcave was framed as a hive of hi-tech gadgetry, the lethal playthings of the baroque billionaire, in The Batman the look is of a den whose walls were painted black when its occupant bought his first-ever Metallica album. It couldn’t half do with a tidy, too, and a bit of an airing; there are actual bats in there, for God’s sake. And if master Wayne doesn’t quite fit the archetype of the working or lower middle class metal fan, at least he’s a genuine outsider. And he’s not in the slightest bit showy, either. The expensive end of his kitbag – the Batmobile and the bike – are beasts of burden deployed only when necessary. At no point does the camera linger upon their expensive armaments or bespoke upholstery.

But if the Batman – aerodynamic, silent, full of grace – is at one with the shadows, the Riddler is pure thrash metal chaos. Resurrected on celluloid for the first time in 27 years, and played with chilling moral certainty by Paul Dano, this iteration of one of the Dark Knight’s most noted adversaries could well have stepped straight out of song by Slayer. His look, meanwhile, is Slipknot done on the cheap. As befits both bands, not one second of his time onscreen is played for laughs.

Since his inception in comic book form in 1939, there have been a vast array of different takes on the Batman and his wildly dysfunctional world. A number of these have used high camp as their meter, whereas others have emphasised darkness to the point of gloom. This film does neither. Crucially, its setting is consistently reminiscent of Frank Miller’s 1986 graphic novel The Dark Knight Returns – the publication that rehabilitated the character from the garish television series of the 1960s – not least in the manner in which authority, and indeed entire systems of government, are infected by corruption. The distance between the ‘good guys’ and the ‘bad’ is sometimes vanishingly slim. The characters are merely trying to survive as best they know how. They merely want to be heard.

Unlike other superhero franchises, Batman has always been about more than a superhero – because, remember, Bruce Wayne has no superpowers – and his array of colourful adversaries. It is about an ecosystem, a populace, a geographical location to which every character, major and apparently minor, is forever bound. And in Gotham City, as portrayed in The Batman, life is louder than ever.

The Batman is released in cinemas on March 4 – book your tickets now.