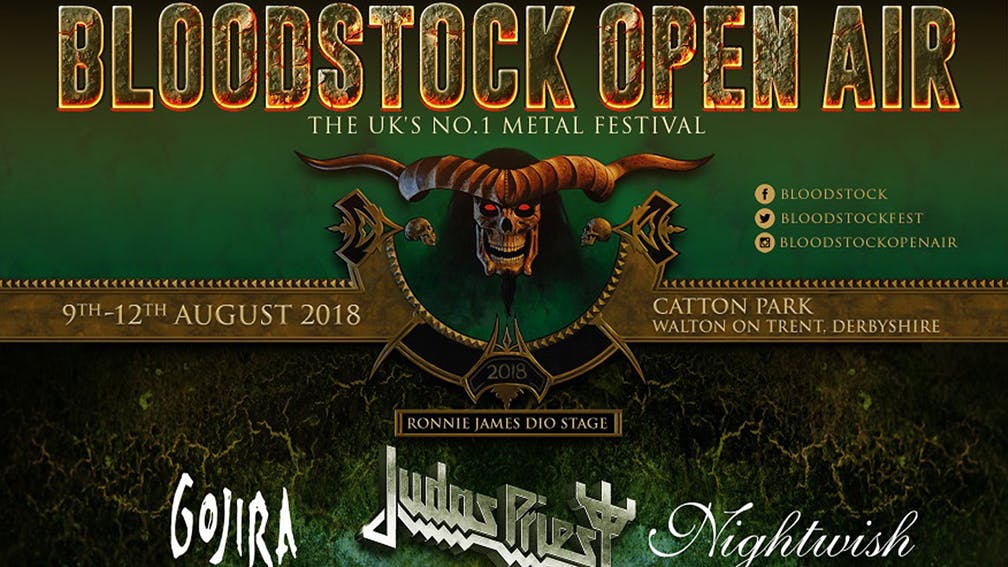 Don the corpse paint! Polish yer spikes! And prepare for a sore neck! Yes, we have a pair of weekend tickets to give away to this year’s Bloodstock Festival, headlined by Judas Priest, Gojira and Nightwish.

And if that isn’t heavy enough for you then the supporting cast also includes Emperor, At The Gates, Cannibal Corpse, Devildriver, Watain, Doro, Suicidal Tendencies, Powertrip, Conjurer and Pallbearer, among others. The tickets – worth £145 each – include camping at what should be an unbridled celebration of heaviness over four days, and across four stages.

As well as this year’s ferocious line-up, Bloodstock has also cranked up the art exhibition hosted at their on-site RAM Gallery. Set-up four years ago by festival founder and renown artist Paul Gregory, the gallery will feature a wall dedicated to the art of Judas Priest as well as featuring Paul’s own work.

The festival’s luthier in-residence, Cynosure Guitars, have also created a set of guitars in celebration of the which will also be on show at the gallery. These include British Steel guitar inspired by Priest’s classic 1980 album.

Also exhibiting at the gallery will be K! snapper Paul Harries whose classic Slipknot shot graces the cover of the current issue of the magazine. Paul will have nine prints on show and available to purchase at the gallery.

To stand a chance of winning a pair of tickets to this year’s festival, all you have to do is click here and answer a simple question…

You will then be entered into a draw to win a pair of tickets. The lucky winner will be notified by Monday, July 30 via email.

There’s less than two weeks to go, so for those of you unwilling to leave getting in to chance or wishing to purchase day tickets, you can find out ticket information and more on the whole festival at Bloodstock.uk.com.