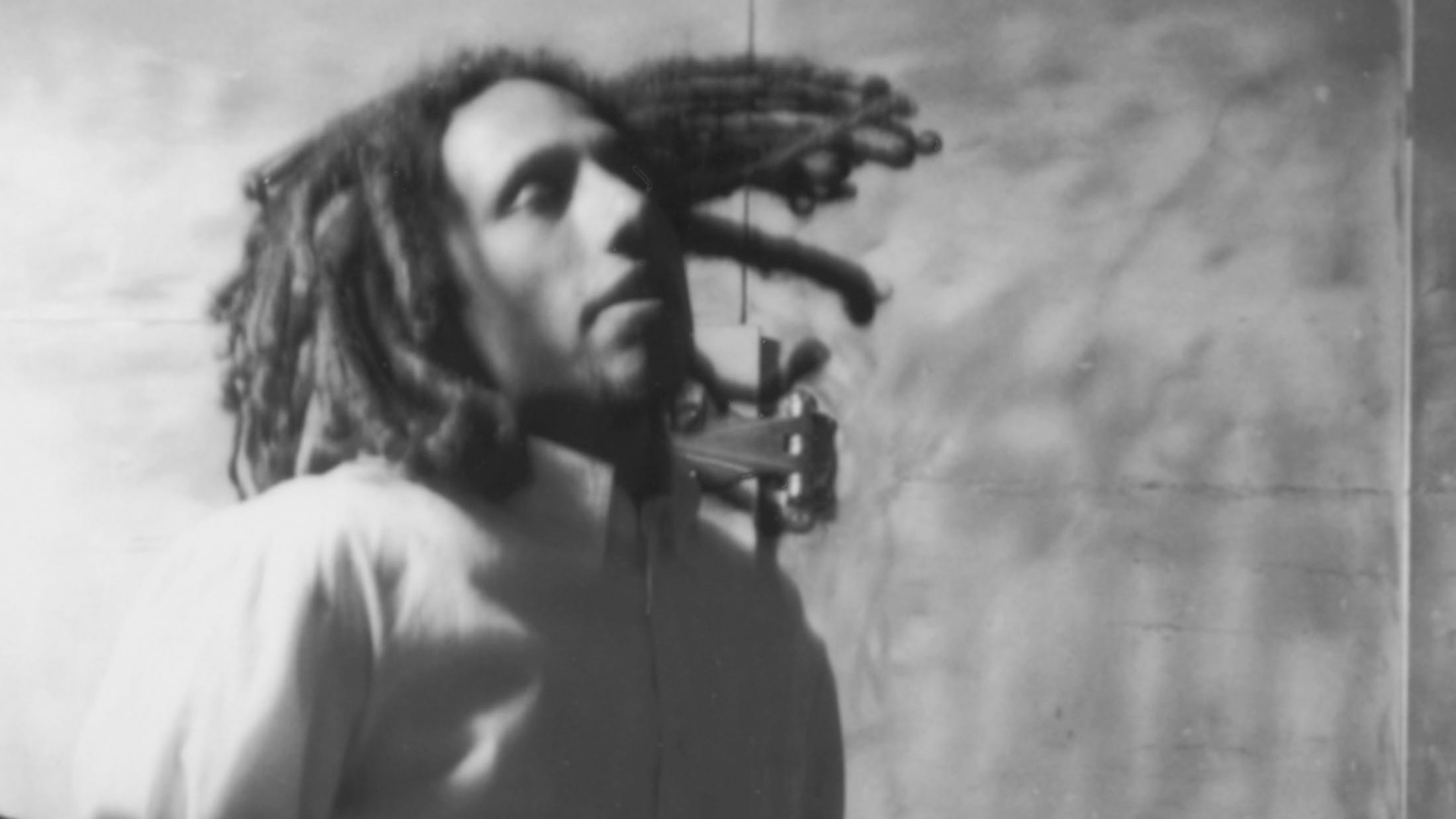 He’s one of the greatest and most immediately-recognisable frontmen of all time. His stage presence is unparalleled. His voice is the sound of protest itself. Yet, in his 30-year career, Zack de la Rocha has remained notably elusive. His performances outside of Rage Against The Machine’s four albums are deafeningly scarce.

The frontman’s RATM bandmates, on the other hand, have been nothing short of prolific. Collectively they’ve played as Audioslave and Prophets Of Rage. Individually, Brad Wilk has drummed for the likes of Black Sabbath, Smashing Pumpkins, Cypress Hill, Puscifer, Juliet Lewis and more. Bassist Tim Commerford has enjoyed outings in both Future User and Wakrat, as well as a host of guest spots. And guitarist Tom Morello has singlehandedly produced a one-man mountain of work, which includes The Nightwatchman, Street Sweeper Social Club, The Atlas Underground, touring with Bruce Springsteen & The E Street Band and appearing with everyone from Primus and Johnny Cash to Linkin Park to Frank Carter.

It goes without saying that, for the last three decades, we’ve been as hungry as the next person to hear more from Rage’s frontman. After all, there’s no such thing as a hollow Zack de la Rocha line. His lyrics are considered, precise and incendiary. His delivery is devastating. Sometimes however, less is more.

Brevity, they say, is the soul of wit. In a world of musicians over-exposing every element of their lives and art online, a world where people are relentlessly benchmarked by their productivity alone, there is something incredibly refreshing about Zack’s reserve. And the impact he inflicts when he chooses to strike, is all the more powerful for it. He may be a towering enigma 99 per cent of the time, but when the vocalist steps from the shadows and lays hands upon a microphone, it’s clear to all he has lost none of his edge and none of his fire.

Here, we pay tribute to some of the frontman’s most powerful performances outside of Rage Against The Machine – consider it a minimalist’s guide to nuclear assault.

It’s fair to say Zack de la Rocha loves Run The Jewels. In fact, he can be found lending his razor-sharp vocals to no fewer than three of the duo's tracks – Close Your Eyes (And Count To Fuck) on RTJ 2, A Report To Shareholders / Kill Your Masters on RTJ 3 and, most recently, Ju$t, on RTJ 4.

It’s perhaps the third installation in their collab that is the most essential, however. Released in the midst of mass civil unrest over the killing of George Floyd by police officers and the ensuing Black Lives Matter activism, the track has already become a soundtrack to the movement. Run The Jewels have repeatedly addressed the topics of prejudice racism and equality throughout their career – but never has it sounded so immediate as when flanked by Zack de la Rocha screaming, ‘Look at all these slave masters posin’ on yo’ dollar’.

Select other lyrics by Zack on Ju$t include, ‘How can we be the peace, when the beast gonna reach for the worst? Tear all the flesh off the Earth / Stage set for a deafening reckoning. Quick like the pace of a verse / So I'm questioning this quest for things. As a recipe for early death threatening / But the breath in me is weaponry. For you it’s just money.’

Potent. Powerful. Political. This is Zack bringing his absolute A-game. Once again, he is the voice of a moment in history.

There have been rumours of a Zack de la Rocha solo album for as long as many of us care to remember. In 2003 the singer worked with DJ Shadow on the tracks March Of Death and Disavowed (the latter of which, somewhat unusually, saw the Rage frontman take up drumming and co-production duties), but during a Reddit AMA, Shadow revealed the work had been canned, which he described as "the biggest disappointment in my career to that point". The DJ concluded, "He was doing incredible stuff, he wrote incredible lyrics and I thought we were onto something. So yeah, it was a shame." Leaked track Artifact is the only of the pair's presumably many unreleased collaborations to see the light of day.

In 2016 Zack’s solo album was as good as confirmed by collaborator El-P (of the aforementioned Run The Jewels), who said in a series of now-deleted tweets: "The Zack de la Rocha album is happening in 2017. And yes this is new material made this year and yes there is more where that came from. And that's all the info I'm authorized to give out. Been keeping my mouth shut about my work with Zack since January when we did it. It hurt. Now I'll commence keeping my mouth shut about the rest."

That was many years ago and, aside from the blistering track Digging For Windows which dropped towards the end of 2016, there has been radio silence ever since. Will we ever get the Zack de la Rocha solo album we all want? Time will tell but, if the politically-charged ear-melter, Digging For Windows, is anything to go by, the world needs his music now more than ever.

One Day As A Lion – Wild International

In 2008 Zack revealed that he was involved in a new project with ex-The Mars Volta drummer Jon Theodore (perhaps now best known for his work with The Queens Of The Stone Age) and Rage Against The Machine fans understandably exploded with excitement. This would mark the frontman’s first proper foray back into music outside of RATM and promised to be visceral and political in equal measure. And their self-titled EP didn’t disappoint.

One Day As A Lion’s single, Wild International, is devastating. Zack took up both vocal and keyboard duties in the band, delivering a raw and lo-fi sound that provided the perfect platform for his customarily combinative lyrics. Jon was quick to confirm a full-length record was dropping in Autumn of 2008. And then… nothing. While the band continued to occasionally play live together for three years, even now One Day As A Lion’s debut album is yet to appear.

If you’re desperate to hear more from Zack de la Rocha, surely the most frustrating feeling is being offered another portion only for it to never emerge? Regardless, their EP remains the perfect hors d’oeuvre for a main course that never came. Whether more recordings from the band exist or not is unclear but, oh, what we would give to hear them if they do.

Zack De La Rocha & Trent Reznor – We Want It All

What appears to have been another run at Zack’s solo album came when he hit the studio with Nine Inch Nails’ Trent Reznor. The NIN frontman explained, “We got together for a number of sessions in New Orleans just working on some material that, personally, I thought turned out excellent.” Tellingly he also revealed that "over time, I think it was a matter of Zack not knowing what direction to go. I know the feeling of fear. He's in a difficult position of leaving one of the best bands of the '90s and he wants to make an important statement when he makes it. And he will when he gets around to making it.”

Of a tantalising 20 tracks recorded by the duo, only one has ever surfaced. We Want It All appeared on the album Songs & Artists That Inspired Fahrenheit 9/11, which accompanied the 2004 Michael Moore film. The track is catchy, cutting and rousing and we can only wonder what gems lie among the other forgotten 19 songs created by Trent and Zack.

Guest vocals on Bottom with Tool at Lollapalooza 1993

If we’re talking about powerful performances, it doesn’t get much more volatile than Zack teaming up with Tool onstage at Lollapalooza in 1993. ‘I got your genes, I got your skin, I voice your screams,’ says Zack in a spoken work intro. As Maynard James Keenan joins in, the Rage frontman explodes across the stage screaming ‘I’m dead!’ before dropping the mic and disappearing. It takes a lot to drag eyeballs away from a band as spectacular as Tool, but if anyone can do it, it’s Zack de la Rocha.

Before there was Rage Against The Machine the band, there was Rage Against The Machine… the song. Cutting his teeth in the hardcore punk scene, Zack took vocal duties in Orange County outfit Inside Out. The few existing videos of their shows are testament to the frontman’s early prowess. Seven minutes into the video below, during the song Undertone, you’ll see Zack screaming ‘Wake up!’ into the crowd’s faces – and if that feels familiar to anyone… then it’s probably because it is. Two years later RATM’S Wake Up was released as part of their debut album and the rest is history.

Interestingly, aside from the lyrical themes of social injustice, Inside Out was also where the phrase Rage Against The Machine was first coined, initially as the title of an unreleased song. Who knows if RATM would’ve existed without Inside Out but, one thing is for sure, they’d certainly have had a different name.

Ultimately, Zack’s voice is that of unrest, disobedience and justice. He may not speak often but, when he does, he speaks loudly and truly. Given the state of the world at the moment, we can’t help but hope he speaks a little bit more often but, for now, we have a Rage Against The Machine world tour to look forward to and maybe, just maybe, we’ll get to hear a Zack de la Rocha solo album one day.