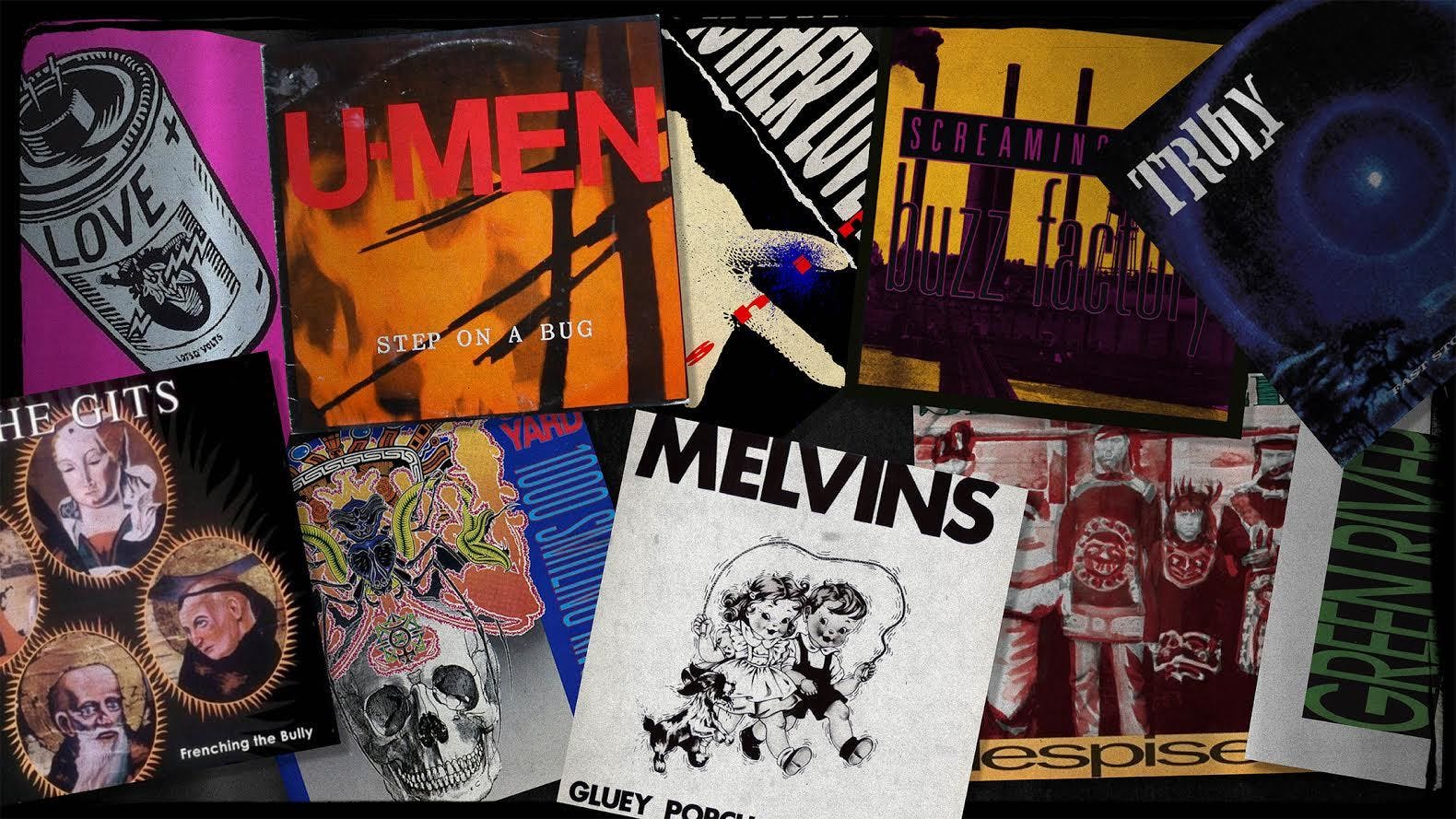 “It was a time when people just found each other. There was this support network locally and across the country,” says Krist Novoselic reflecting on the American underground scene that helped define Nirvana’s aesthetic, outlook and sound.

And, still today, the bass player continues to adhere to the punk principles which he and Kurt Cobain so admired as teenagers growing up in Aberdeen, Washington, in the mid-’80s.

“It was [Melvins frontman] Buzz Osborne who introduced me to punk rock. He told me, ‘There’s this whole scene. It’s different.’ That was American hardcore. We learnt from that, and we learnt from the Melvins.”

Krist’s praise is fulsome and indicative of the mutually supportive environment that existed in and around Seattle during the so-called grunge explosion of the late ’80s. While Nirvana’s cultural impact has been well-documented, here are 10 remarkable recordings from that time worth rediscovering…

Joined by mercurial frontman Andrew Wood (ex-Malfunkshun) and drummer Greg Gilmore (ex-Ten Minute Warning), Messrs Gossard, Ament and Fairweather (all former members of Green River) signed to major label Mercury and released this EP, produced by Mark Dearnley who’d worked with UK bar-room rockers Dogs D’Amour. Three rough and ready sleaze-rock tracks are followed by eight-minute-plus Chloe Dancer/Crown Of Thorns, the latter underlining Mother Love Bone’s progressive ambitions. Their debut album, Apple, was in the can when, in March 1990, singer Andrew died of a heroin overdose. The album was released posthumously, Stone and Jeff channelling their grief as they wrote material for their next band, Pearl Jam.

The missing link between Black Flag and Black Sabbath, the three-piece of Buzz Osborne (guitar/vocals), Dale Crover (drums) and Matt Lukin (bass) set a new standard in ’80s heavy music with this slow-crawling, lurching debut. Released on San Francisco label Alchemy Records – then home to Neurosis and Poison Idea – Gluey Porch Treatments is the template upon which Buzz and Dave have built their career for over three decades. And, even now, no-one has managed to sound like them, or like this.

If one record truly signifies the birth of grunge it’s this ragged, five-track EP by Green River. The band’s post-Stooges snarl and ’70s hard rock smarts are perfectly captured by producer Jack Endino. A few months after its release, internal tensions would tear the band apart midway through the recording of their debut album, Rehab Doll. Bassist Jeff Ament and guitarists Stone Gossard and Bruce Fairweather would give vent to their neo-glam ambitious in Mother Love Bone, while frontman Mark Arm continued to adhere to his punk principles by forming Mudhoney.

The undisputed godfathers of the Seattle underground, The U-Men drew on the Pacific North West’s ’60s garage punk scene, the early sonic experiments of ’70s U.S. avant-punks Pere Ubu and the wild, post-blues skronk of Captain Beefheart to create a sound that was all their own. Seven years after their inception, they released this debut, splitting shortly afterwards and expressing their disillusionment at the popularity of the so-called grunge scene.

To say that great things were expected of Truly is something of an understatement. The trio of frontman Robert Roth, bassist Hiro Yamamoto (ex-Soundgarden) and drummer Mark Pickerel (ex-Screaming Trees) had already released a remarkable EP on Sub Pop when they were signed by Capitol Records. This absorbing, psych-kissed debut emerged in the summer of ’95 to a full 5K fanfare in Kerrang!. And then… well, very little. The label’s lack of interest was evident. Grunge, they were told, was dead. And yet today, Fast Stories… From Kid Coma remains a genuinely vital album, and quite possibly the genre’s swan song.

While innumerable Seattle acts looked to The Stooges, Blue Cheer and Black Sabbath for inspiration, Screaming Trees – who actually hailed from the university town of Ellensberg a hundred miles away – took their cue from The Doors. Buzz Factory, their fourth full-length effort, delivered a heady psychedelic brew and marks the point where Mark Lanegan – their hugely evocative, whiskey-voiced singer - came into his own. A deal with Sony was only a year away, and would propel the Trees beyond the cult status afforded them on their early SST recordings.

Too punk for grunge and too grunge for punks, Seaweed were one of the most under-appreciated acts to emerge from the late ’80s North West scene. After a clutch of impressive singles on their own Leopard Gecko label, they signed to Sub Pop and recorded this debut with producer Jack Endino. A spirited affair, Despised delivered 10 tracks of intense melodic joy topped with strong-armed, post-Hüsker Dü riffing, Seaweed would argue that they improved on this effort, but this album retains all of its naïve charm.

Originally from Ohio, The Gits relocated to Seattle in ’89 and swiftly built up a fearsome local rep thanks to their singer Mia Zapata’s expressiveness and ferocious performances. Tunes like Another Shot Whiskey further underline the band’s ability as accomplished songwriters. Tragically, in the wake of the release of this debut, Mia was brutally raped and murdered in the summer of ’93 as she walked home from a bar. Over 10 years later, a man was jailed for her murder, leaving Frenching The Bully as a testament to Mia’s talent.

When in January 2008 Skin Yard frontman Ben McMillan passed away, aged 46, to complications arising from diabetes, the Seattle scene lost one of its most distinctive voices. With Skin Yard – the band formed by producer/player Jack Endino and prime mover/bassist Daniel House (of C/Z Records) – Ben cut five impressive albums, this being their fourth. He would then go on to front Gruntruck, themselves a formidable proposition whose two ’90s studio albums are worth seeking out.

Named after a 1978 song by British punks Buzzcocks and inspired by the writings of the Beat generation, Love Battery also exemplified the incestuous, tight knit nature of the late ’80s Seattle scene, boasting members of The U-Men, Crisis Party, Green River, Skin Yard and Mudhoney at different times. Dayglo, their second album, is defined by frontman Ron Nine’s dishevelled vocal ennui and late-night lyricism on an album full of insidious pop hooks.