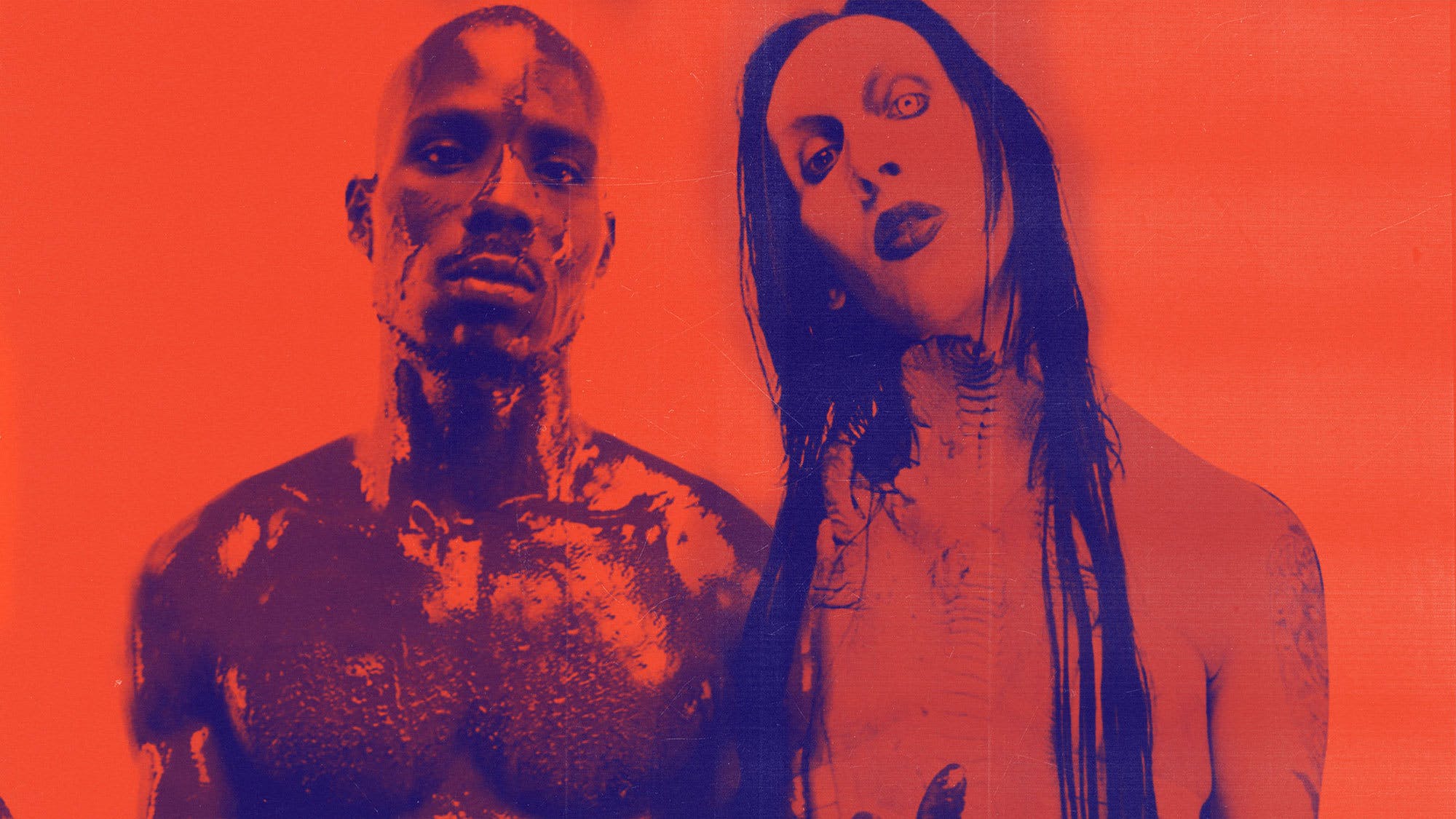 The announcement that Green Day’s Billie Joe Armstrong would appear on Morrissey’s new album left plenty of fans scratching their heads. That the contentious king of emotional goth rock would invite the founding father of pop-punk to appear on his new album seemed questionable to some, and downright weird to others.

But rock’s history is littered with cases of bands inviting uncommon (and at times totally off-brand) musicians to provide them with guest vocals, solos, or music video cameos. These moments have the chance to bridge fanbases and blow minds, but mostly they serve as strange reminders that two very different artists hung out at an awards show or shared a label for a bit.

It’s always worth remembering that the guy in the gorilla suit walking around Beastie Boys’ No Sleep Til Brooklyn video is none other than Slayer’s Kerry King. The heavily-tattooed thrash axeman provided guitar for the song back when he and the Beasties ended up Def Jam records.

But according to Rick Rubin in an interview with Rolling Stone, Kerry wasn’t a huge fan of the collaboration. “I don’t think he liked the song... He’s a real, serious metalhead. He really loves metal, and I don’t think he listens to much music outside of metal. At least then he didn’t. I don’t think it spoke to his aesthetic. And honestly, in retrospect, I don’t think he really spoke to the Beasties’ aesthetic. They didn’t really like him either [laughs]. It was kind of mutual.”

It’s no secret that Sean Ono Lennon, son of John and Yoko, collaborates with a wide variety of musicians, from Cibo Mato to Primus’ Les Claypool. But his guest vocals on Soulfly’s 2000 album Primitive might surprise some fans, given the extremity of the band. That said, the track, titled Son Song, takes an interesting two-sided approach to father/son relationships – Sean, the son of a murdered rock star, ruminating on how life is precious; and Max, father to a deceased son, raging against the unfairness of the world.

Michael Jackson was always on the hunt for the new shit in the 1980s – new dance movies, new musical styles, and new musicians to collaborate with. So when it came time to record a blistering guitar solo for Beat It from 1982’s groundbreaking Thriller, which already featured producer Quincy Jones and guest vocalist Paul McCartney, there was really only musician Michael could turn to: guitar savant Eddie Van Halen. Without the solo, Beat It is pretty amazing, but with that little bit of shred, it’s officially unstoppable.

These days, DMX is best remembered for tough-guy tracks like Ruff Ryders' Anthem, but in the late ‘90s, he was rapping about fucking corpses and releasing albums where he's covered in blood on the cover. The Omen, from 1998’s Flesh Of My Flesh, Blood Of My Blood, includes a bizarre, lo-fi chorus recited and chirped by Marilyn Manson. It’s only fitting, given that the song is DMX having a chat with the Devil himself.

Detroit, whaaat! Shock-rock god Alice Cooper might not be a villain, but he’s always happy to play one for a fellow sensational musician. For Insane Clown Posse's long-awaited fourth Joker Card album, The Great Milenko, Alice lent his talents to the wicked clowns for their intro, with his voice ushering an evil clown spirit in through a haunted jukebox. One hopes they shared make-up tips.

Ice-T And Six Feet Under

Obviously, Ice-T is known for his love of metal, having started his own metal band, Body Count. But that didn’t tip anyone off that he’d be down to collaborate with Six Feet Under, the lumbering death metal band fronted by former Cannibal Corpse vocalist Chris Barnes. The song, One Bullet Left, is a straightforward rager, with Ice-T’s rhymes about blowing away critics putting SFU’s lyrics about zombies and dismemberment to shame.

Strapping Young Lad, the Canadian thrash band led by experimental metal savant Devin Townsend, are revered and respected for their driving extremity. They are not, however, known for giant rubber dicks and lyrics about sucking dudes off. But on Far Beyond Metal, a track from SYL’s 2006 album The New Black, GWAR’s own Oderus Urungus makes a guest appearance in which he makes rallies listeners to attack the Necrolord and “leave a booger underneath his throne.” Gross.

Listening to a track by lo-fi indie folksters Mountain Goats, you might not immediately know that frontman John Darnielle loves death metal, but hints at John’s fandom are littered throughout Goats lore – Mountain Goats had Hate Eternal frontman Erik Rutan produce one of their albums, and have a song called The Best Ever Death Metal Band In Denton. All of this came to a head when Rutan joined Darnielle onstage for a performance of Best Ever… and blew the audience away with his insane shredding skills.

Your average metal band of any sort would be honoured to have founding metal guitarist Tony Iommi guest-star on their album. But a doom metal band? That’s like playing a show with Satan himself. Yet on the new album by Swedish legends Candlemass, Tony leant his Hand Of Doom to the track Astorolus - The Great Octopus, causing what we can only imagine was an unprecedented amount of squealing among the Candlemass camp.

Aaand back to Kerry King! Though they’re a pop-punk act whose frontman was once married to Avril Lavigne, Sum 41 have always been diehard metalheads. This fandom won them the respect of Slayer’s Kerry King, who bestowed a ripping solo upon the dudes for their track What We’re All About, a cut from the Spider-Man soundtrack. Even stranger than the guest spot? Watching Kerry King acting ability. Ho boy!