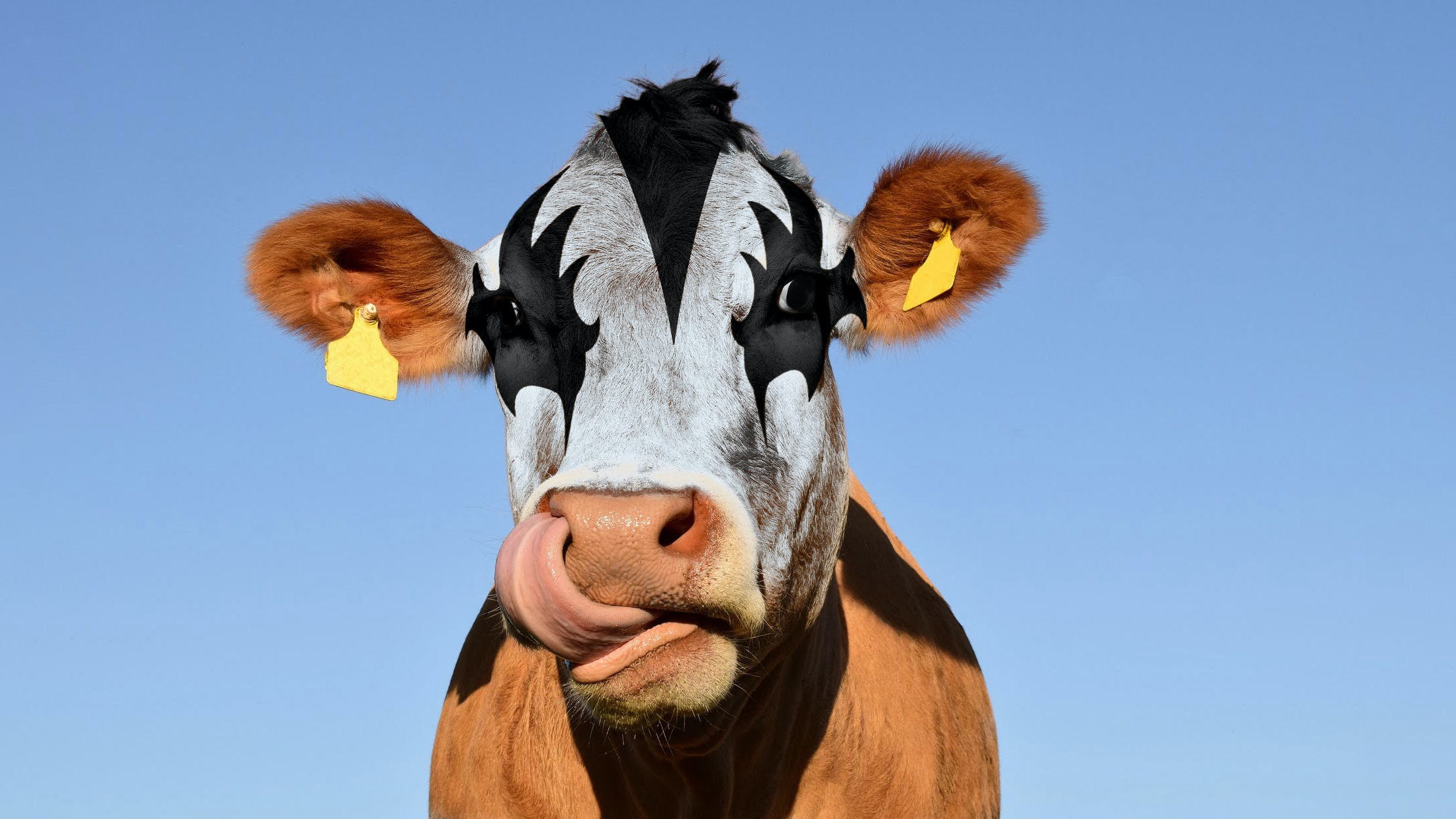 It’s hard to even remember or believe now, but there was once a time when – shock! horror! – the internet didn’t exist. While we were likely all much more productive back then because we didn’t waste the best years of our lives on social media, we were also a bit more gullible, because, after all, access to information was not so readily available and it was much harder to look things up, especially if they related to things happening at the time. Back in the day, when someone told you that Prince had undergone special surgery to remove a rib in order to fellate himself, there wasn’t really any way to find out unless you asked him personally or some brave reporter asked the Purple One (Prince, that is, not mini-Prince) to his face.

The internet changed all that, and many of the biggest, wildest rumours about the rock world’s biggest, wildest stars have since been thoroughly debunked. Granted, in recent years, the landscape of the World Wide Web (as it used to be called) has shifted drastically, and now there are as many false facts, bogus propaganda and ridiculous conspiracy theories online as there is useful (and true) information. Hell, you can’t even trust Wikipedia, because anyone can write or edit an entry. Still, here are some of the biggest rock rumours we probably once believed, but now know to be unequivocally untrue. Probably.

Marilyn Manson Was In The TV Show The Wonder Years

This much-loved coming-of-age drama series from the late ’80s/early ’90s was set in the late ’60s/early ’70s, and followed the (mis)adventures of Kevin Arnold, played by Fred Savage and his friends. What does that have to do with one Mr Marilyn Manson? Well, Kevin’s best friend/geeky sidekick in the series was a kid named Paul Pfeiffer, who does kind of look how you might imagine a young Brian Warner would have looked. And so, when the God Of Fuck rose to infamy with 1996’s Antichrist Superstar, this rumour was everywhere. One glance at the credits would have show that Paul was played by Josh Saviano, an actor some seven years Manson’s junior, but where’s the fun in that?

Gene Simmons Had A Cow's Tongue Grafted Onto His Own

It’s fair to say that Gene Simmons is almost as famous for the size of his tongue as he is for being in rock’s legends KISS. And with good reason – that thing is bloody long! So long, in fact, that for many years, a rumour persisted that the king of capitalist rock had actually had the tongue of a cow grafted onto his own. Gene has never been shy about extolling the virtues of his lengthy mouth muscle when it comes to his success with ladies, and he has called this his favourite KISS rumour, but it’s also 100 [ercent false. Seriously – how disgusting would that be if it were real? We'd ask him all about it directly, but for some reason he's blocked us on Twitter…

This is an interesting one for a couple of reasons. Firstly, the late, great pop star did indeed portray himself as a scandalous and sexually lascivious human, so while it’s an outrageous claim, it was also kind of in keeping with the ’80s excess and Prince’s own carnally-charged reputation. Secondly, it got a new lease of life a decade and a bit later, when the same urban legend started doing the rounds again – this time with Marilyn Manson as the perpetrator. It's safe to say that both rumours were totally untrue, but they weren’t particularly, er, hard to swallow.

Robert Johnson Sold His Soul To The Devil

It’s a legend that’s as old – well, much older – than rock itself. It’s said that way before blues icon Robert Johnson became a blues icon; he was an ordinary young man living on a plantation in rural Mississippi with a deep desire to play the blues but no real skill on the guitar. That all changed when, one night, he met the Devil at a crossroads who taught the aspiring musician how to play – in exchange for his soul. Overnight, or so the story goes, he became a master of the Delta blues until his untimely and mysterious death in 1938 at the age of 27. Did he really make a Faustian pact? Probably not. In all reality, he just practised a lot. But it remains an incredible story and one that would become the template for much of rock and metal’s future aesthetic and mythology.

Now this one is really weird, but for years there have been rumours floating around that everyone's favourite party animal Andrew W.K. isn't actually Andrew W.K.. It's all very complex and convoluted and it would take way too long to completely unravel here - literally, there are pages and pages online dedicated to this conspiracy – but it revolves around a guy named Steev Mike – who’s listed as executive producer on I Get Wet – and who may or may not be the real Andrew W.K. or may or may not be an imposter or may not exist at all. To make it even more confusing, in November 2004 someone claiming to be Steev Mike launched a number of websites that accused Andrew W.K. of fraud, saying that he wasn’t even behind his own career. Of course, it's all just a fun thing to fuck with people's minds. We've interviewed Andrew. We'd know. But then, that's what we would say…

It’s a well-known fact that Jimi Hendrix was partial to the odd psychedelic drug, and anyone who ever saw him – or video footage of him playing – live, would probably say he looked like he was in his own world while doing so. It’s no wonder, then, that rumours started that he would soak his headband in LSD and let it seep into his system by osmosis. Some variations of the rumour state that he also cut his forehead so the drug would seep into his bloodstream faster, or that it would enter his system when sweat ran into his eyes. There’s absolutely no evidence that the guitar legend did any of that, nor did he need to – he was just a fucking incredible guitarist.

The White Stripes Are Brother And Sister

When The White Stripes shot to fame with 2001’s third album, White Blood Cells, everyone – including most music publications – bought into the fact that Jack and Meg White were brother and sister. After all, the pair looked pretty similar, and siblings playing in bands together isn’t unusual. As it turns out, that was B.S. – the pair weren’t related at all and had actually been married, but got divorced in 2000, a year before they broke through to the mainstream. Back then, though, nobody knew for sure and confusion reigned – some even assumed they were siblings who had been married to each other. That, thankfully, is not the case.

While there are way too many Nazis in the world in 2019, Omaha rap/reggae/funk/rock hybrids 311 aren’t amongst them. The rumour that they are started because K is the 11th letter of the alphabet, so three-eleven – as their band name is pronounced – could be code for KKK, the common abbreviation for the Ku Klux Klan, the infamous American white supremacist hate group. As it turns out, the band have said the name comes from the police code in Omaha for indecent exposure, after bassist Aaron ‘P-Nut’ Wills was caught skinny dipping with some friends in a public pool. Naturally, the band have also denied and denounced all references to the KKK.

Hey Man Nice Shot was the first track on, and lead single from, Filter’s debut album Short Bus. It was released in May 1995, just over a year after Kurt Cobain’s death. Given the nature of the Nirvana frontman’s death, many people assumed the song was about him. It didn’t help that, having been told by the record label it was a song about suicide, radio DJs in Seattle kept stating it was about Kurt. It wasn’t. The song had actually been written in 1991 and was largely inspired by politician Budd Dwyer, who shot and killed himself on live TV on January 22, 1987.

Avril Lavigne Died And Was Replaced By An Actress

People have claimed for decades now that The Beatles’ Paul McCartney died a long time ago and was replaced by an imposter (not Steev Mike, in case you were wondering). Well, there’s also a similar rumour about everybody’s favourite sk8er girl, Avril Lavigne. It was all started by a Brazilian blog titled Avril Esta Morta (Avril Is Dead), who claimed the singer actually died after the release of 2002 debut Let’s Go and had been replaced by a doppelganger. It was in 2015 that the blog revealed it was all made up and designed to show how easily people get convinced by conspiracy theories.