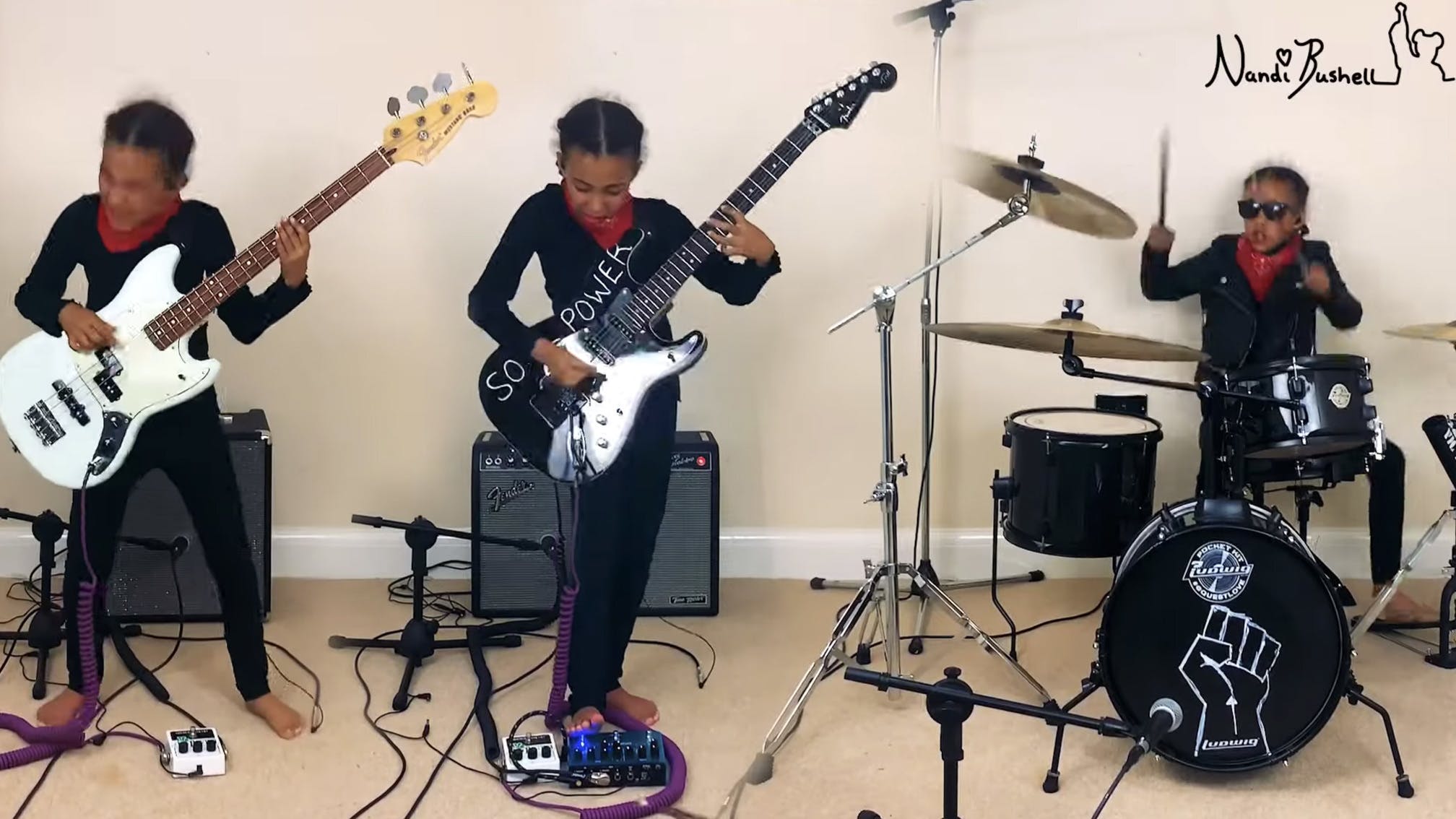 Our hearts positively burst last month when Tom Morello kindly gifted one of his signature guitars to young musical star Nandi Bushell – and now the 10-year-old is already putting the axe to good use with a great cover of Audioslave's Cochise.

"Dear Tom Morello and Brad Wilk, thank you for always supporting me," writes Nandi in the cover video's description. "I made this cover of Cochise for you both. Tom Morello, I love my new Soul Power Fender guitar! It's amazing!!!"

Naturally, following another fantastic guitar, bass and drum rendition by the super-talented Nandi, Tom happily responded on Twitter: "That guitar is in good hands!"

Hell yeah it is…

If – like us – that's put you in the mood for some Audioslave, watch the band's blockbusting Cochise video below.

Previously, Tom told MTV of the explosive promo – which was directed by Mark Romanek, and filmed in Los Angeles back in 2002 – "The local police and news station literally received thousands of calls from people who thought the city was under siege.

"All the freeways were blocked because they thought there was an attack occurring. Like someone had decided to attack and [the target] was going to be the San Fernando Valley."

The single itself was named after an Apache Indian chief, with the guitarist explaining, "Cochise the Avenger, fearless and resolute, attacked everything in his path with an unbridled fury. This song kinda sounds like that."