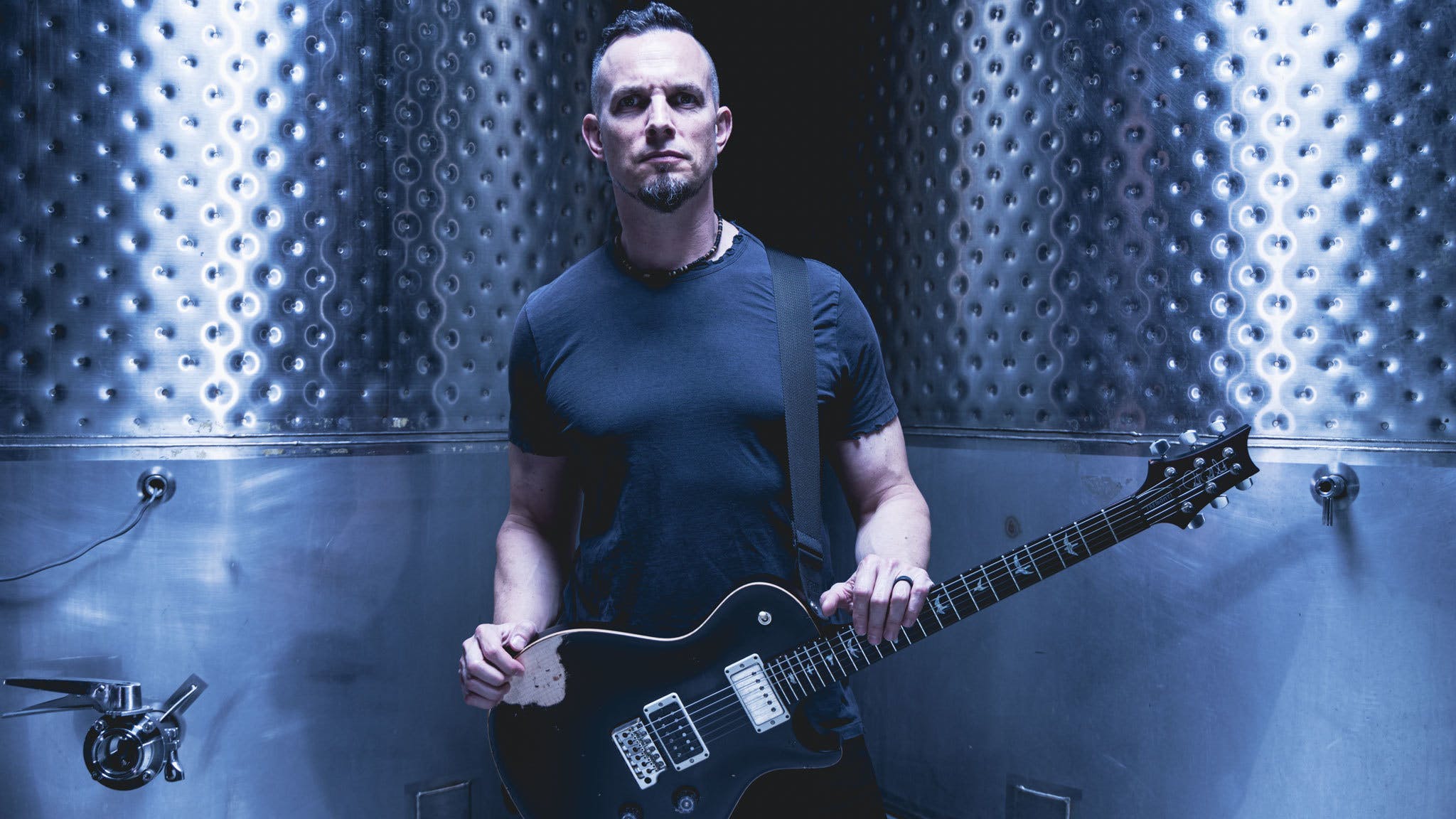 Alter Bridge’s Mark Tremonti is a guitar god. But, as we find out in these randomly-generated 13 Questions, he’s also a picky eater, bad with needles, and has a ghost on his phone…

1When was the last time you vomited?

“(Laughs) Well, other than the flu which isn’t fun, I was in Italy on tour and I had too much to drink. There was a bar that had heavy metal music playing, and everyone was air-guitaring and I was like, ‘This is the coolest bar ever!’ I got a bit too excited and drank a lot, and threw up in my bunk…”

2What’s the funniest rumour you’ve ever heard about yourself?

“Somebody had said for years that me, Joey Jordison and Jamey Jasta were gonna start a band together. I was like, ‘It would be cool, but no we’re not!’ I don’t know where that came from.”

3What was the last lie you told?

“Probably to my kids – some white lie, like, ‘This shot’s not gonna hurt!’”

4What’s the most disgusting thing you’ve ever eaten?

“Sushi! We were at dinner back in the early Creed days with [former New York Yankees baseball player] David Wells. We had this big tray of sushi out, and there was like an eel or something nasty, and Scott Phillips [Creed and Alter Bridge drummer] said, ‘I’ll give you a drum set if you eat that.’ Scott Stapp [Creed frontman] said something like, ‘I’ll give you $500 if you eat that.’ And then David Wells said, ‘I’ll give you a Babe Ruth signed baseball if you eat that.’ So I took it and put it in my mouth and started chewing, but it got all in-between my teeth so I spit it out – I couldn’t do it, so I lost! I’m a picky eater and grew up either eating peanut butter and jelly, or a burger with no cheese. Now I love cheese and I’m a better eater, but I still don’t eat seafood at all!”

“Needles – I don’t like getting my blood drawn. Getting the COVID vaccines and stuff was fine, but getting my blood drawn freaks me out. I’ve gone light-headed a couple of times, and one time I went in to see a doctor who’s a friend of mine, and I told him, ‘Whenever I feel good I’m gonna get my blood drawn.’ I woke up one day and was like, ‘You know what? I feel okay today, I’m gonna do it.’ So I went in like, ‘That was so easy!’ and I went to check out, and all of a sudden the walls came in and I had to sit down. So it mustn’t have been a mental thing because I felt good mentally, it must have been a physical thing.”

6If you were in Slipknot, what would your mask be?

“Oh boy (laughs). I would be one of the Baseball Furies from The Warriors.”

7What would you like it to say on your gravestone?

8Have you ever seen a ghost?

“I think I’ve heard a ghost a few times. We were playing a show at Grand Rapids Theater, and the guy who was on this ghost TV show – where people go to haunted places and they do videos – gave us a tour afterwards. We all went down through these creepy dark tunnels and caves, and the guy was like, ‘Alright, everyone be quiet while I try and channel one of the spirits down here.’ He put this thing in the corner which senses spirits, and he was like, ‘We’re here as your friend and we’re not here to harm you, are you here?’ And nothing happened. But later on that night, I showed a video I’d taken on my phone to someone who didn’t come, and we watched back the scene where he asked the spirit if she was there, and you hear this crackling – like this white noise in an otherwise completely silent moment, at exactly the time he asked. So on my phone I have this really creepy interaction…”

9What do dogs think about?

“I tore my knee up when I was a kid and had to get a ton of stitches, but that wasn’t as bad as when I broke my hand. I was fighting with a friend just for fun, and I actually didn’t do anything about it because I didn’t realise I’d broken it. And then maybe two months later I was slap boxing with another friend – because as kids you’re punching each other all the time! – and I think our fists hit and I audibly heard it crack. It hurt really bad and was swelling up, so I went to the doctor and he was like, ‘Yeah, you’ve broken this previously and it healed wrong, so we’ve got to re-break it.’ Do I punch anymore? No, the more serious I got about playing guitar I realised that you can’t risk that.”

11Who’s the most famous person in your phonebook?

“My buddy Johnny Damon is a super-famous baseball player – he’s probably the guy that if I walk around with him, he gets bothered the most. If we’re at a restaurant the cook will come out of the kitchen and give him cookbooks! Busta Rhymes is also in my phone. And Kirk Hammett – although I had his number from years ago and I don’t know if it’s the same anymore (laughs).”

12If your house was on fire, what’s the one thing you would save?

“My children and my dogs – every living creature first! But other than that, in terms of material possessions, I would grab my Dumble amplifiers – they’re just heads so I could grab two of them.”

13If you had the power to turn the internet off, would you do it?

Alter Bridge’s new album Pawns & Kings is out now via Napalm. The band will tour the UK this month, while Mark will be performing his album Mark Tremonti Sings Frank Sinatra at London’s indigO2 on December 15.