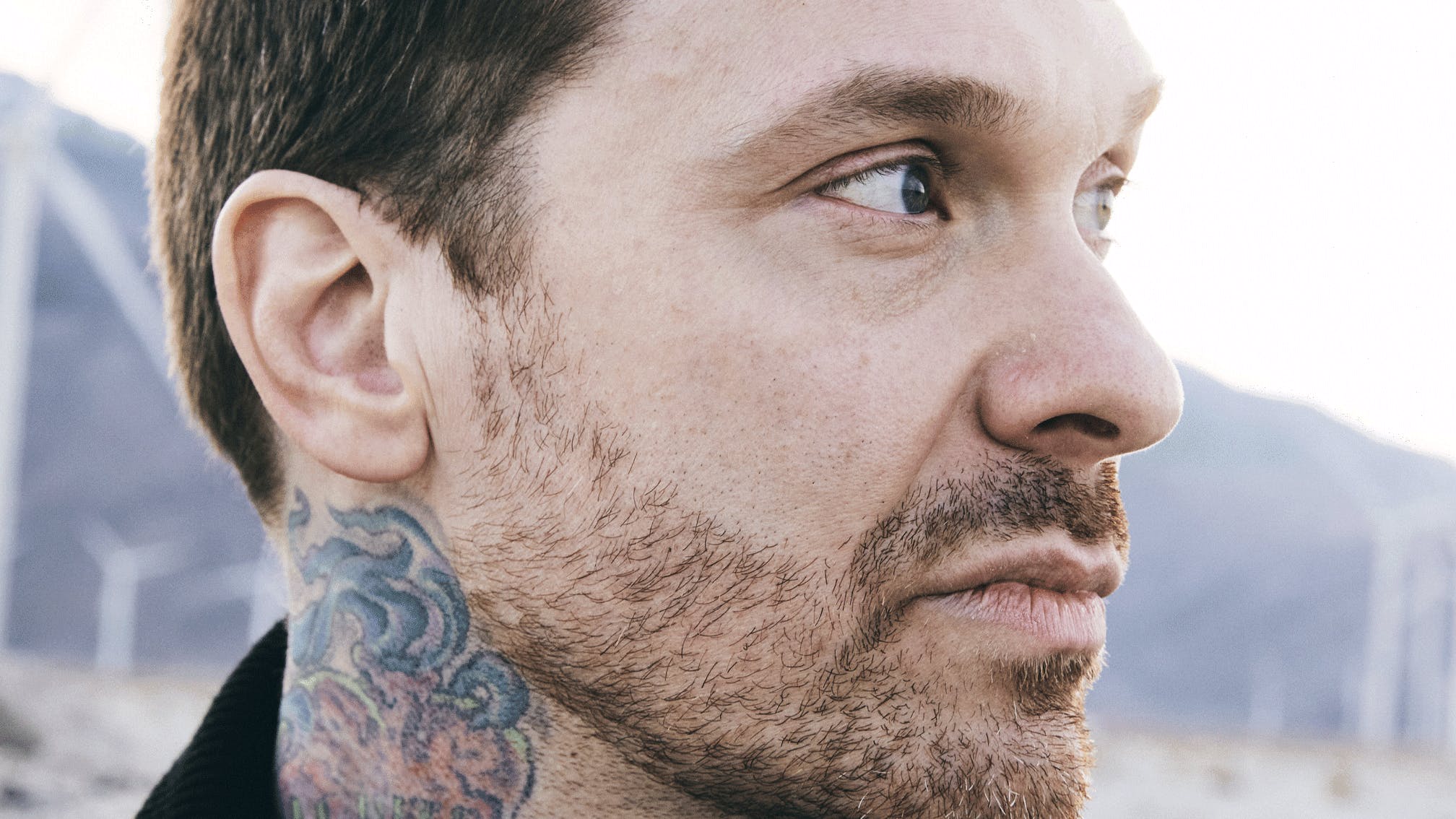 Why should people listen to your new album, Planet Zero?

“Because it’s inspired by what we all endured these last three years. It's not only dissecting the psychology but trying to figure out where we need to go. We mustn’t lose sight of the human condition. People might think that technology rules our lives but it’s actually Mother Nature that’s undefeated. Planet Zero has some of our most brutal commentary, but also some of our most triumphant moments. We believe that human beings are inherently good; you’ve got to take a step back and not bow to chaos. And if you see someone on their knees don't walk past. Pick them up.”

When you were a kid, what did you want to be when you grew up?

“I feel very fortunate, because what I’ve been doing for the last 20 years is the thing I wanted to do from the moment I entered the earth. I was always enamoured by sound and language. From the age of six I was reading some pretty sophisticated poetry because I was so enthralled by words. But I also wanted to perform and I had all these songs in my head. Knock on wood, I still have them in there – I’m compelled to do it.”

What happens when we die?

“I think back to what Keanu Reeves said when he was asked this question. There is no doubt that when we die our loved ones will miss us. But the other side of it is that we are all made up of energy – your mind is an incredibly powerful instrument and there’s a reason for having faith. I believe that whatever you believe in – that’s what will happen.”

Where’s the best place you’ve ever been?

“The best place is wherever my son is. We’re gonna try and make a huge trip to Australia this year because we couldn’t do it during the pandemic. He is 14 now and has lots of opinions, so it’s interesting to have a dialogue with him. Because of what I do for a living I’m able to travel the world, but I’ve always had an affection towards London. It's one of the places I feel most at home.”

What is the funniest rumour you’ve heard about yourself?

“That my cousin is [actress] Olivia Wilde and that I introduced her to Zach [Myers, Shinedown guitarist], and that they dated. Neither of those things are true. That story was out there for the longest time; I think you can find it on Wikipedia.”

What is your biggest fear?

“If I go up high and look down from an edge there's moments where I think, 'No, I don't want to see that.' I'm not good with heights. I've got no issue with flying, but you will not find me on top of the Empire State Building…”

Have you ever seen a ghost?

“I've been laying in hotel rooms, and suddenly for no reason a door just swings shut. I’m not freaked out; there’s more of a sense of calming or grounding. It happened to me one time and I just said to the room: ‘I'll be cool with you if you're cool with me.’ I’ve never seen a vision, but I believe the universe pushes and pulls you in the direction you need to go, and I by no means think we’re alone.”

What do dogs think about?

“They think about how they can help us. They look at us and think: ‘If only these people would just chill, and maybe go for a walk.’ They’re probably right – put the dogs in charge.”

What is the worst injury you’ve ever suffered?

“I've been lucky in many respects. This is not an injury as such, but I come from a past of substance abuse. I had been clean since 2011, but in 2014 after the Amaryllis album and the touring cycle for that, I relapsed. And I really relapsed. But after I’d got off the drugs in 2015 it was as if someone had gone into my brain and pulled the wiring out. There would be nights that I would walk onstage and I would be singing wearing black glasses because I had to hide from lights due to the pressure in my head. I’d come offstage and it felt like my head was going to explode. It lasted for hours and hours and I thought I was gonna be like it forever. It took over a year to stabilise, but I’ve been clean since March 1, 2016.”

Who is the most famous person in your phonebook?

“I don't network as such. There’s a lot of band guys in there, but nobody really famous. People might think I have Ozzy and Paul Stanley, but I definitely don’t. We toured with KISS and Paul Stanley's awesome, but the last thing I’m gonna do is say, ‘Hey, can I get your number?’ Zach has everyone and their mother in his phone – in fact, Zach is probably the most famous person in my phonebook!”

What is the worst job you’ve ever had?

“One of the hardest jobs I had was putting irrigation systems into residential and commercial properties – and we would do it in the winter. There are better ways of doing it now, but back then we’d have to dig down roughly eight feet. So in the winter, with a pickaxe and shovel, and with the red clay being as hard as concrete, we had to just plough through and put this piping in. That was tough and it didn't pay good at all.”

If your house was on fire, what one thing would you save?

“I don’t have a house because I’ve been living out of hotel rooms since 2016. Because I travel so much, my passport is the thing I’d save. They’re so much harder to replace than credit cards.”

If you had the power to turn the internet off, would you do it?

“Yes, periodically. It’d make people figure things out for themselves. Maybe go outside. Call your friends, call your family. All of those moments and the people around you and the actual living of your life – that means getting away from the screen. Having no internet would remind you how precious life really is.”