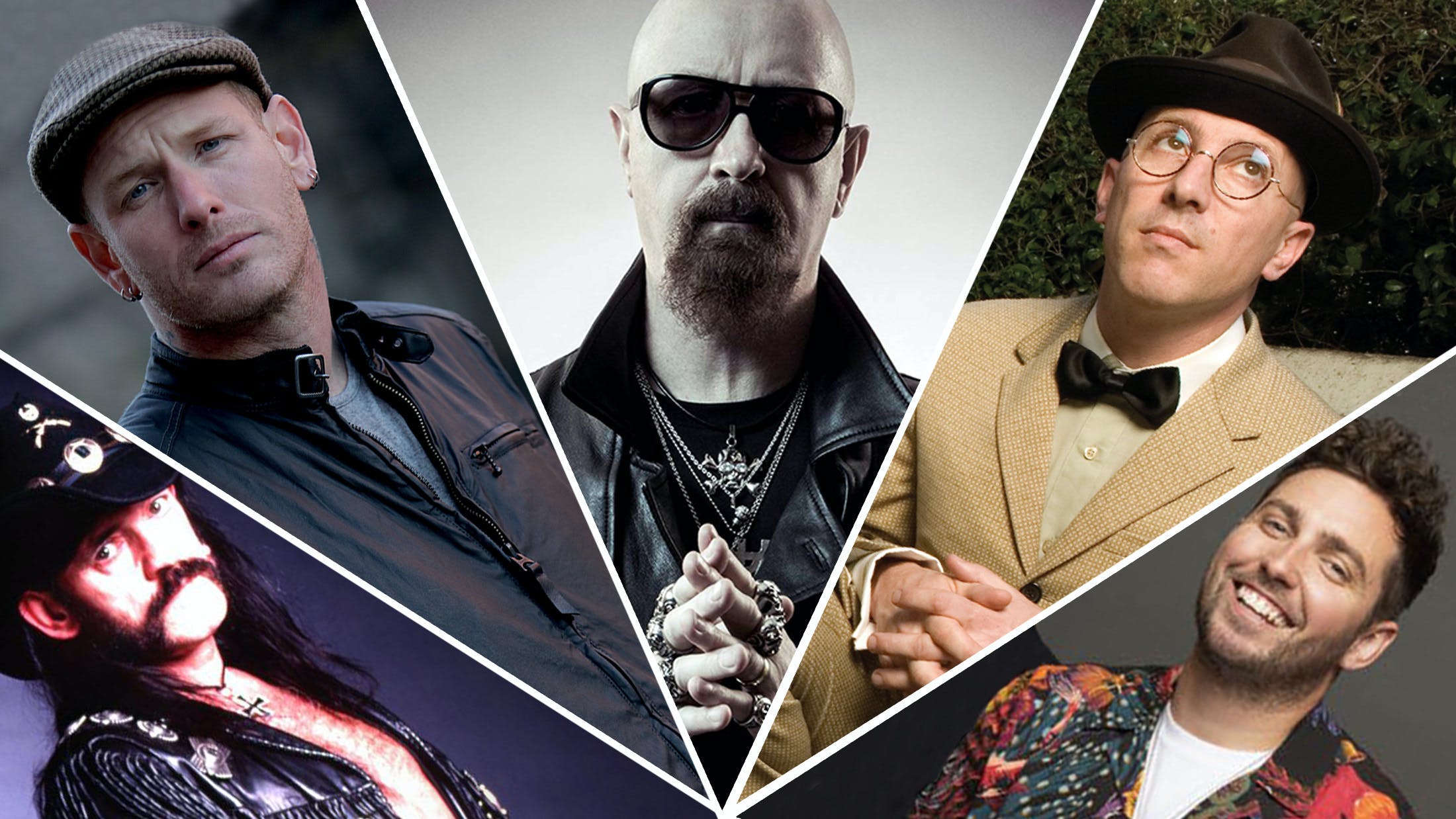 How many vocalists does it take to change a light bulb? One. They just hold it still and let the world revolve around them.

Ah, but while our favourite singers can sometimes be temperamental, they also tend to play defining roles in their own respective bands with those unmistakable deliveries. And when they lend their talents to other bands and artists, the results can be both surprising and stunning.

Cabaret legend Liza Minnelli made a brief but scene-stealing and definitely iconic guest appearance on My Chemical Romance's Mama, delivering the lines, ‘And if you would call me your sweetheart / I'd maybe then sing you a song,’ as well as ad-libbing the crying. Gerard Way told Village Voice: “There was a line that was the only spot on the record that I wanted a guest vocal – I wanted a voice to finally talk back to me. And I wanted somebody kind of motherly, but who was also a survivor, had been through a lot, but was rooted in theatre. And so… she was in! She was the first person that came to mind, and then [producer Rob] Cavallo had made a phone call to her assistant, and that was it. She did it for free and she was happy to do it.”

This actually featured a guest appearance by the whole of Aerosmith on a cover of their own former hit, but it's Steven Tyler's rasping delivery that really stands out. When Run-D.M.C. covered Walk This Way, Aerosmith were pretty much a spent force but the mash-up rejuvenated their career, helping to pioneer rap-rock in the process.

Even on an incredible album like White Pony this track stands out, due in large part to the vocal interplay between Deftones' Chino Moreno and Tool’s Maynard James Keenan. Chino told Launch: "Having Maynard perform on the record wasn't something that we planned on doing. We didn't plan on having any guest on the record. But being a fan of Tool and A Perfect Circle, once Maynard was involved, it was just a magical thing for us."

At this point Scott Kelly is pretty much an honorary member of Mastodon, as well as one of their biggest inspirations. The Neurosis man has made numerous guest appearances with the band, but none better than on the emotive and intricate title-track of Mastodon’s 2009 album Crack The Skye.

There are a number of BMTH-related contenders, but leaving aside Dani Filth and his shopping trolley, we’ll go with Fuck, because it gave Josh Franceschi the chance to apply his vocal skills to something satisfyingly and swearingly heavy. Oli Sykes would go on to return the favour the following year on YMA6’s Bite My Tongue.

Dave Grohl has always been a metalhead at heart, and on the Probot project he got to fulfil his heavy fantasies by teaming up with a host of legendary vocalists – including the likes of Venom’s Cronos, Max Cavalera, and Tom G Warrior of Celtic Frost. One of the standout tracks undoubtedly took the hulking form of The Emerald Law, featuring a peerless performance from doom metal legend Wino, of The Obsessed and Saint Vitus.

Slash also got to collaborate with some amazing frontmen on his eponymous solo debut album because, well, if he called you up you just would, wouldn’t you? This was a co-written slab of near-perfect rock’n’roll, in which Lemmy thumbed his nose at the approaching Grim Reaper in his own inimitable fashion.

This involved a little more than Mike Patton cropping up on a verse or two as the Faith No More man recorded an entire EP with the mathcore legends. The plan for a temporary pair-up was conceived when Dillinger lost vocalist Dimitri Minakakis, but by the time the EP emerged they already had a full-time replacement in Greg Puciato.

The Finish cello-metallers have worked with a lot of guest vocalists, but few made as big an impact as Corey Taylor. I’m Not Jesus was particularly affecting as it was written from the perspective of an adult survivor of sexual abuse by a priest. As a survivor of childhood abuse himself, the Slipknot man brought an undeniable and entirely engrossing intensity to his performance.

blink-182 featuring Robert Smith – All Of This

blink were nervous about approaching The Cure's legendary (and legendary grumpy) frontman Robert Smith, partly due to their prior reputation as the clown princes of pop-punk. Tom DeLonge told Billboard: "What [Robert] said was, 'Nobody knows what kind of songs you are going to write in the future and nobody knows the full potential of any band. I really like the music you sent me,' and he wanted to do it. And it was just amazing."

When Jimmy Eat World were recording their breakthrough Bleed American album, Jim Adkins sent A Praise Chorus to their close friend and inspiration Davey Von Bohlen, asking him to "sing something I'd know". Davey sent back lines referencing a number of songs – from Motley and Madness to his own emo influencers The Promise Ring.

If you're a metal band looking for a guest vocalist, why not shoot for the single most iconic voice the genre has to offer in Judas Priest screamer Rob Halford? "First and foremost, just to work alongside an icon like Rob Halford, the Metal God, was absolutely surreal," gushed Ivan Moody, before adding that he felt like he was the guest on a song that Rob made his own.

Goth-lord Nick Cave and pop princess Kylie Minogue seemed an odd pairing, but this murder ballad – which features a dialogue between a killer and his victim – was a classic. Nick admitted to having a “quiet obsession” with Kylie, having written a number of songs with her in mind.

"Psalm 69 was ridiculous. They gave us $750,000 to do that record and it went into veins, noses and other orifices," Al Jourgensen told Kerrang! a couple of years ago. "That was gone in about a month and a half and we didn’t have any songs done. We had one song written but we had no vocals on it, so we got Gibby Haynes in from Butthole Surfers and he was inebriated to the point where he didn’t make any sense." That song ended up being Jesus Built My Hot Rod, arguably Ministry's signature song and a ding-a-dong-filled industrial-metal classic.