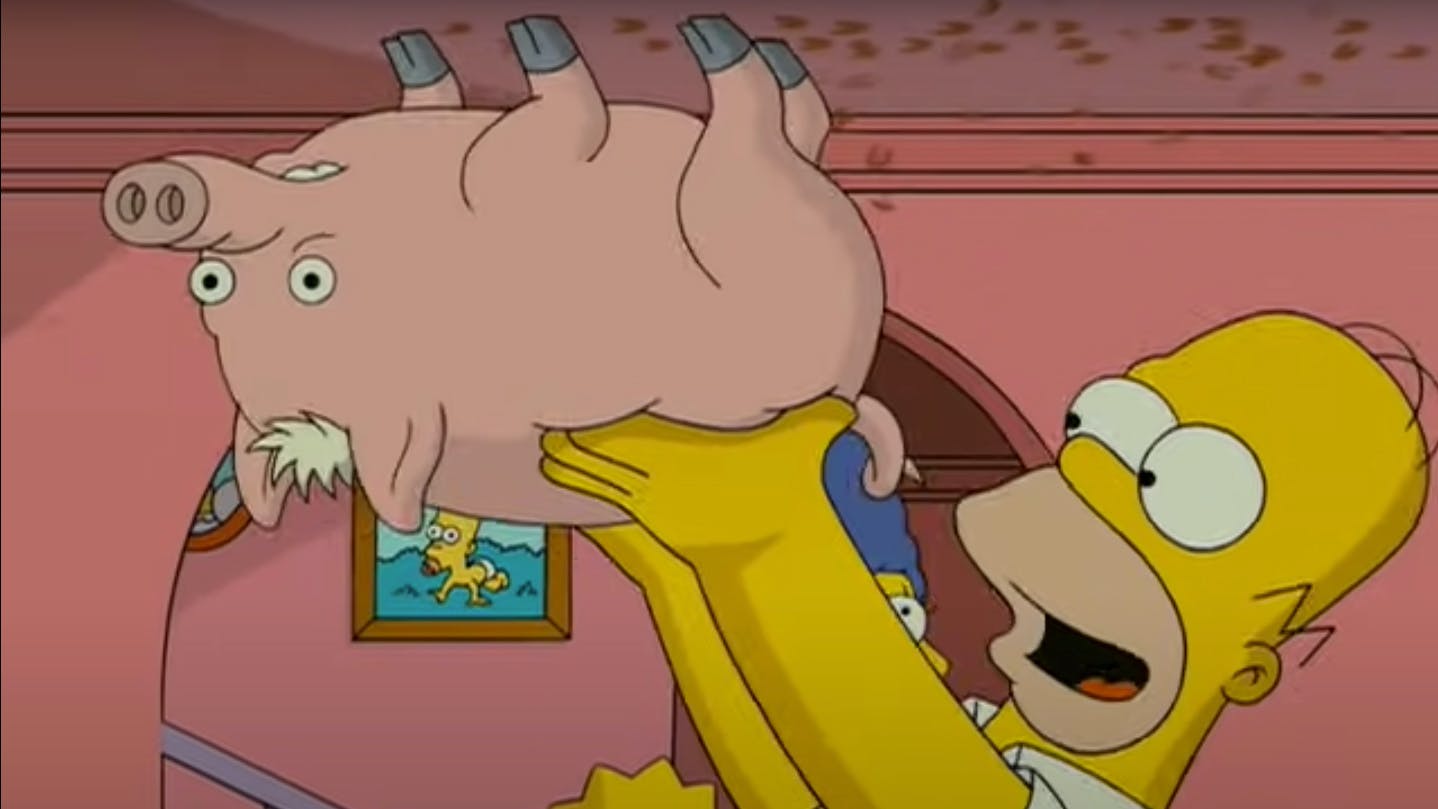 At its peak, The Simpsons was a cultural juggernaut, an unthinkably enormous phenomenon. It was mentioned in White House speeches and Bart Simpson graced the cover of Time Magazine. There were individual days in 1990 when over a million Simpsons T-shirts were sold. In its first season, Michael Jackson – the biggest star in the world by a huge margin – anonymously co-wrote a song (Do The Bartman) for it, which topped the charts around the world.

It was colossal in the way few things are now. Nowadays, it can feel like everyone’s watching Stranger Things or Squid Game or Game Of Thrones, but there’s possibly not a single person between the ages of 20 and 40 in the whole of the UK and U.S. that hasn’t seen at least one episode of The Simpsons. What other show can make that claim? The news?

It is the longest-running American sitcom, animated series and primetime scripted series in television history, with nothing else coming close, or ever likely to. It’s also had maybe five of the 10 greatest episodes of TV ever made, and is as close as anything will ever get to being objectively the greatest show in the history of television.

And yet, here in 2022, one would be totally forgiven for not realising new episodes were still being made. People whose childhood memories are completely entwined with the show, who have Mr Sparkle tattoos and begin weeping at the very mention of the “Do It For Her” episode, don’t actually watch new episodes of their favourite show.

When did that happen?

There’s a reasonable argument to be made that you can draw a line with 2007’s The Simpsons Movie. It came out on July 27, 2007, two months after the end of the show’s 18th season, exactly 400 episodes into its run. There have now been 33 seasons and 728 episodes, with a 34th season coming next year which will take it to 757 – given that there are currently no plans to stop making the show, which remains commercially successful, by 2025 the movie will have been in the first half of The Simpsons’ run.

Realising it's 15 years since the movie came out also makes one realise it's been 15 years since The Simpsons felt like it was part of the big cultural conversation, the last time it was appointment viewing. They're undoubtedly still making absolutely fine TV, but the movie arguably marks the last time the world's eyes were on Springfield.

The first generation of Simpsons fans – those who had been there since the early days – had clamoured for a movie since pretty much the beginning. At one point there was media speculation that it would be live-action and star 1990’s hottest star, Macaulay Culkin, as Bart. One writer joked in an interview that the movie would see Bart lose his virginity; a complete fabrication that made international headlines.

By the time it actually happened, all the moments that are seared into the world’s shared consciousness had been and gone. Lisa needs braces / dental plan. Steamed hams. Old man yells at cloud. Tying an onion to your belt, which was the style at the time. Boo-urns.

There are loads of points that are now incredibly early in the show’s run that were seen at the time as irreparably breaking the show. Deep Space Homer, in season five, was controversial as it took Homer into space, leaving behind the (relatively) grounded nature of most of the storylines. The Principal And The Pauper, in which Principal Skinner was revealed to be an imposter but the whole town agreed to never mention it again, came in season nine, causing mass consternation among fans who felt they were being insulted. These are all now pretty much seen as part of the show’s classic era – Deep Space Homer is incredible – compared to what came after. By season 26, an episode in which the Simpsons were abducted and partially eaten by aliens – not a Treehouse Of Horror episode, a regular one – was par for the course. The show had decided it just didn’t give a shit anymore.

(The passage of time – and the lack of it, reflected in animated characters – has a lot to answer for. In a live-action show, performers age, and their storylines have to reflect that. Bart Simpson has been ten for three decades now. He was supposedly born in 1980, which would have him turning 42 in 2022. There aren’t 700 storylines about a ten-year-old. How many times can a character fall in love, start a band or get taken under the wing of an unusual mentor figure before it just feels a bit… done?)

You can draw a line where the movie came out that splits the run of the show. Before it, an integral part of the pop-culture landscape. After it, oh yeah, guess they’re still making that.

The movie itself is… pretty good. It’s got a really high gag hit rate, and its plot about the cavalier attitude of Springfield residents towards the environment is, sadly enough, not dated at all. Both the big-names-as-themselves cameos (Green Day and Tom Hanks) remain superstars. The animation looks terrific and the bit with Bart’s penis is one of the single greatest gags in any movie ever. It feels bigger and edgier enough that it does feel like an event, rather than just a long episode – Homer flipping the bird, Bart passing out drunk, Marge saying “goddamn”, and at one point the Springfield baying mob is literally preparing to hang a baby. It even gave us one meme, possibly the last great meme to come out of The Simpsons: “This is the worst day of my life!” “The worst day of your life so far."

But the pretty-goodness of it all is quite overpowering; the way it kind of comes and goes yet everything remains the same. Springfield is destroyed, but other than a few references in season 19 to rebuilding it and the occasional subsequent appearance of Plopper the pig, everything basically immediately returns to normal. There are no lasting character changes, no developments of any kind really, just a comedy pig. It feels pretty inconsequential really, after years of anticipation.

It suddenly just felt very inessential. Whether consciously or not, that first generation of fans were shown that this thing they’d loved for a decade and a half didn’t necessarily love them back. While their own lives moved forward and changed, The Simpsons was staying right where it was, content to keep going, largely unchanging, forever.

Some really great, interesting episodes certainly came later, but for a lifelong fan it was all that bit harder to maintain an interest in – the movie’s commitment to not really doing anything made it clear that The Simpsons would continue long beyond any individual fan’s interest in it, which made it hard to keep giving that much of a shit about in return. Again, there will soon have been as many episodes made after the movie as before it, which is a hell of a lot of wheel-spinning.

Millions of us felt like we grew up with The Simpsons. But at some point around 15 years ago, The Simpsons decided to stop growing with us.