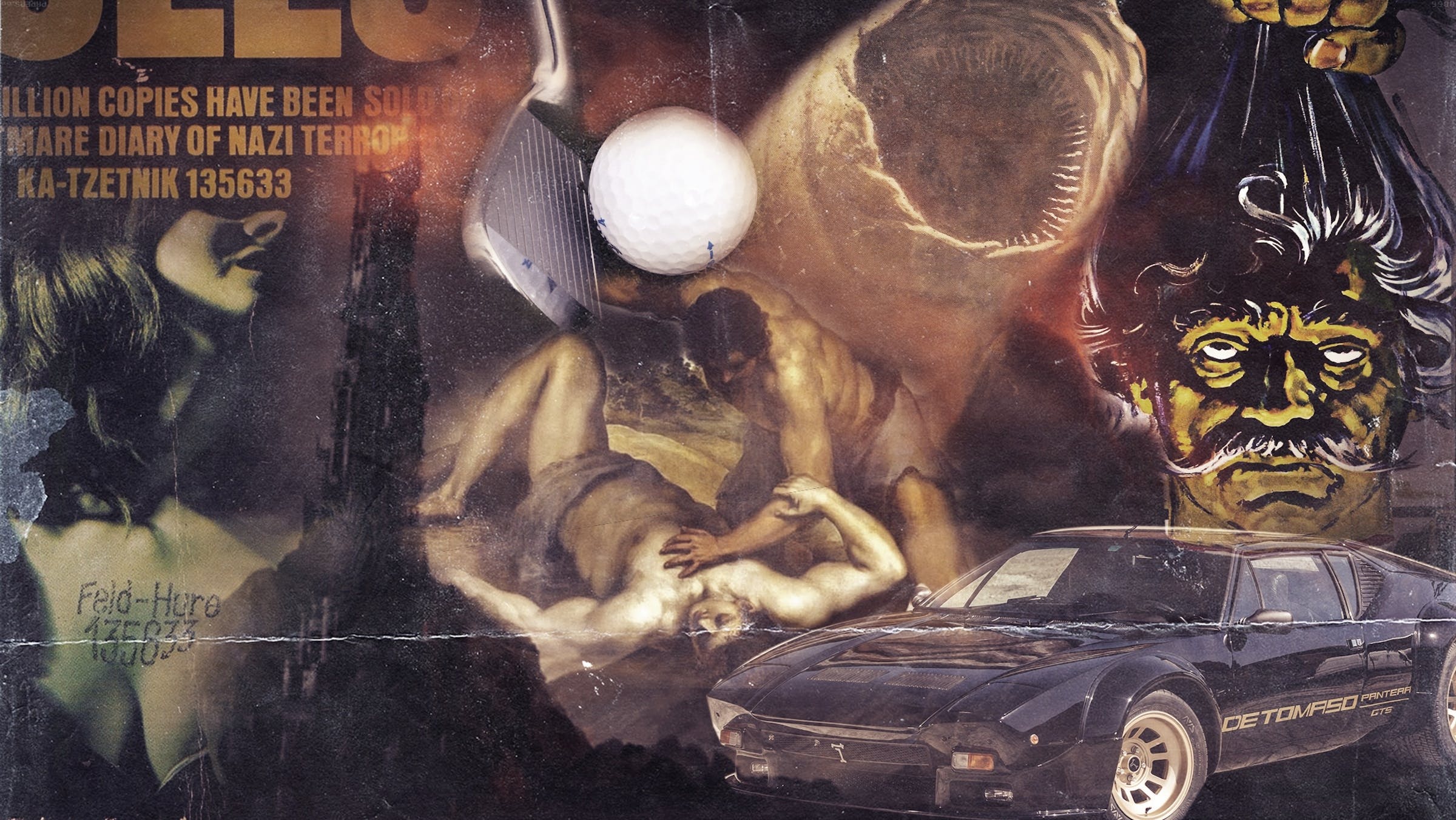 Choosing a band name is hard work. There are a million unwritten rules to the process: be daring but not too offensive; be clever but not annoyingly puckish; be memorable without being corny; go with something people can pronounce (unless you’re in a black metal or brutal death metal band, in which case ignore all of these rules).

But maybe the greatest rule of choosing a band name is to select something cool enough that people will want know how you came up with it. If your band name is just right, everyone should ask about the story behind it – to the point where you start refusing to answer in interviews. And if you’re in it for the mystery, you can even come up with multiple stories about your band name… none of them true.

Luckily for us music journalists, there exists a Wikipedia page exclusively dedicated to band etymologies, and man, it’s an easy rabbit hole to get lost in. But while some of them are obvious (gee, we wonder what Iron Maiden’s named after?), others are fascinating – either in where that band’s name comes from, or how the band came to discover it.

Here, for your pleasure, are 17 of our favourite band name origins from that page. If there’s one we’ve missed that you think needs mentioning, feel free to hit us up via Facebook or Twitter with your suggestion.

On the one hand, the name ‘black sabbath’ references the black mass and the witches’ sabbath – both dark rites of satanists and witches. However, in truth, the band took the title from a marquee advertising the Mario Bava horror anthology of the same name. This forever cemented in heavy metal culture a tradition of stoner kids appreciating historical darkness because it was in a fuckin’ movie.

The easy answer: 'sepultura' means 'grave' in Portuguese. But the story is even better: frontman Max Cavalera came upon the word while translating the lyrics to Motörhead’s Dancing On Your Grave into Portuguese. Further proof that all great things in thrash metal are only a few degrees away from Motörhead.

You’ve got to wonder how many squares in the ’70s thought this band was made up of the Ramone brothers. But no such luck – it was Dee Dee who first took on the name after learning that Paul McCartney would check into hotels under the fake name 'Paul Ramon'. He convinced the other members to adopt the last name, and punk was born.

There’s something awesome about a band named after a sound affect. The Wilhelm Scream is a stock scream used in nearly 400 films, which most notably rose to fame in the Star Wars and Indiana Jones flicks. The effect was first used as stock in 1953’s The Charge at Feather River, where a character named Private Wilhelm uses it when shot with an arrow. But it was recorded for 1951’s Distant Drums, labeled 'man getting bit by an alligator, and he screamed'.

Avenged Sevenfold represent a specific niche of band names: Bible references. In the Book of Genesis, Cain, the first man and first murderer, is given a mark (called, you guessed it, the Mark of Cain). God proclaims that if Cain is harmed, he shall be avenged seven times over. Nothing sounds quite as metal as the Old Testament…

There are two etymologies behind Alice Cooper’s name, and both of them are great. The story the band told in their early days is that Alice Cooper was a spirit they contacted via a Ouija board. But in later years, the frontman himself has said that they came up with a name that could be someone’s grandmother – which made it a perfectly unorthodox match for a bunch of crossdressing shock rockers. We prefer the first story, but hey – with the show he puts on, Alice can give any explanation he likes.

We wish that twenty one pilots' band name was as positive and inspiring as their lyrics, but no dice. The name is a reference to All My Sons, a play by Arthur Miller. In it, the main character allows a series of planes to take off even though he knows they contain faulty parts, costing 21 pilots their lives. They're a death metal band… right?

The word 'megadeath' means one million human deaths, usually caused by a nuclear holocaust. But Megadeth’s name, like their entire history, stems from Dave Mustaine’s long bus ride from New York back to the Bay Area after he was kicked out of Metallica. Dave was scribbling ideas for lyrics on a handbill that read, 'The arsenal of megadeath can’t be rid no matter what the peace treaties come to.' Dave decided to use the word, but upon discovering that Pink Floyd were formerly called The Megadeaths, he dropped the A, helping to coin the metal concept of misspelling things just ’cause.

A common skater acronym for 'Fuck It, Dogg, Life’s A Risk.' Frontman Zac Carper overheard two of his friends using it, and it stuck. A beautiful moment where a band’s name and sound seem to go together like beer and weed.

Swedish Viking metallers Amon Amarth are indicative of an entire subsection of etymologies: those based on the works of J.R.R. Tolkien. 'Amon Amarth' is the Elvish name of Mount Doom in the author’s mythos – which, to be fair, is a cooler name for a band than the majority of metal bands with Tolkien names, who took their titles from minor orcs or whatever. The name also fits Amon Amarth’s persona: brutal, classic, guttural, and kiiinda nerdy.

The legend of Molly Hatchet dates back to the American Civil War, when a missing Confederate soldier was found in bed sans head. In the years after that, a beautiful woman named Molly was seen in various towns throughout the South, peddling carnal pleasures and leaving a collection of headless corpses in her wake. Whether Molly was a real prostitute or just an urban legend is unclear – but as with their Frank Frazetta covers, the band named after her are way too friendly and good-timey to be tied to such a kickass old story.

A simple but solid origin story: the name was suggested by guitarist Greg Ginn’s brother, who said that if a white flag stands for surrender, a black flag must stand for anarchy. Easy.

The way former bassist Keith Hoerig tells it, a roommate of the band members carried a golf club in self-defence, in case he got attacked. This roommate used to call this 'putter mayhem' until guitarist Scott Kerr noticed the club was a five-iron and said, 'No, it’s more like a Five-Iron Frenzy.' And lo, the Christian ska movement was born!

The Finnish power thrashers’ name has a sinister meaning for anyone from their native Finland. In 1960, three teenagers were brutally murdered at Lake Bodom in Espoo, with a fourth badly injured. To this day, the murders remain unsolved. The case is the most famous unsolved mystery in Finnish history, and inspired the 2016 horror film Lake Bodom (which is, it should be noted, not about the murders).

The new wave pioneers got their name from the 1955 novella House Of Dolls by Jewish writer and Holocaust survivor Yehiel De-Nur, AKA Ka-tzetnik 135633. The book tells the tale of the 'Joy Divisions', groups of Jewish women in the concentration camps used for sexual pleasure by Nazi soldiers. Yikes.

Another literary reference, this Florida-based metalcore outfit are named after the race of giant, powerful sandworms referenced throughout Frank Herbert’s sci-fi epic Dune. It’s good to know that even brolic hardcore dudes are really just gigantic geeks at heart…

The Boston brawlers are named after John 'Dropkick' Murphy, a Massachusetts pro-wrestler and sanatorium owner. John graduated from the Massachusetts College Of Osteopathy, but instead of practicing he went on to become a famous wrestler known for executing brutal dropkicks. But it was in 1941, when he and his wife turned their Acton, MA, farm into a rehab center for alcoholics, that the nickname 'Dropkick Murphy' became well-known among Massholes statewide.