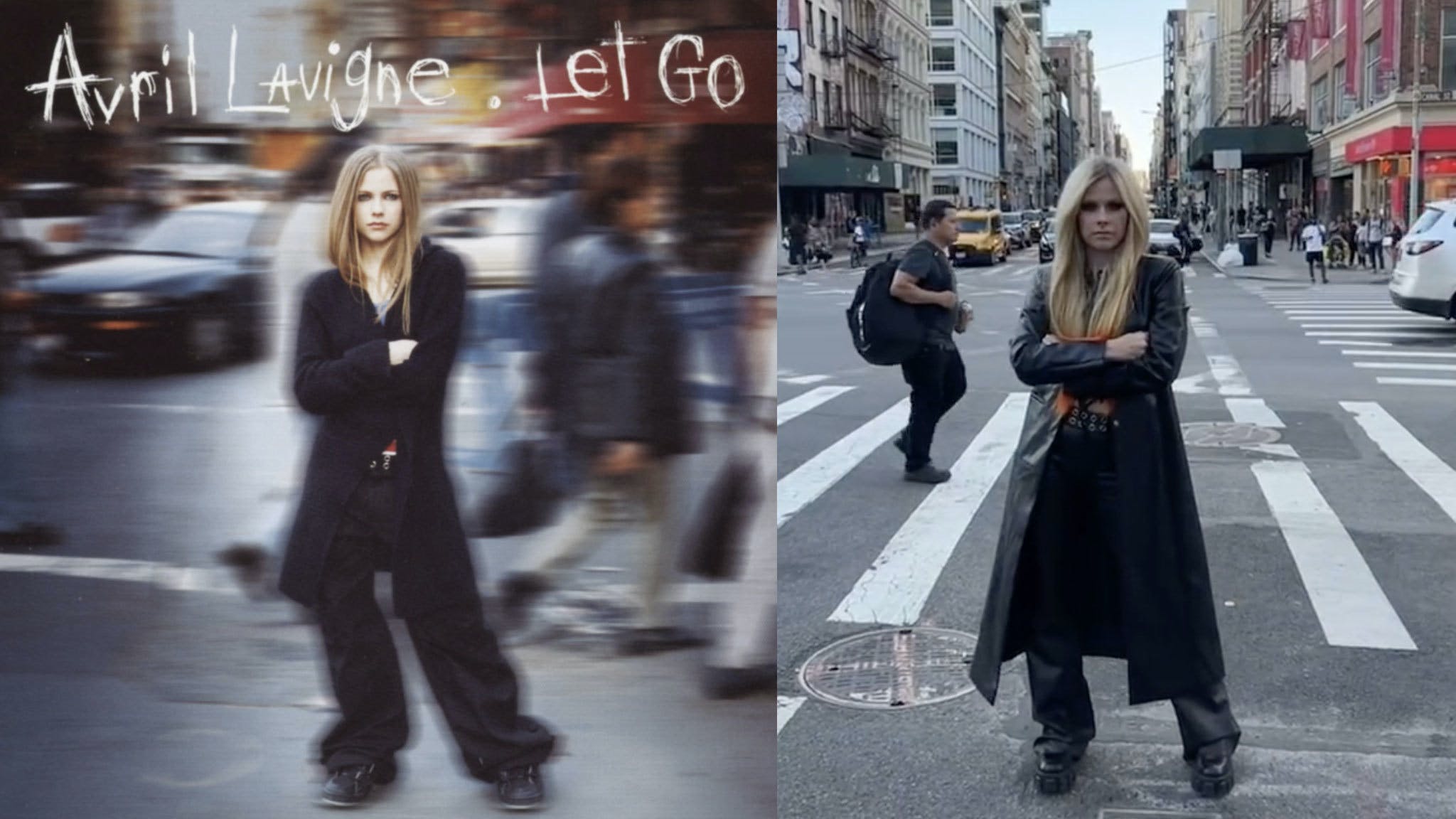 Avril Lavigne has been making a splash on TikTok since going viral with her first upload – a Sk8er Boi video with Tony Hawk – a year ago, and now she's back with another post that fans are going absolutely wild for.

The Canadian star returned to New York to celebrate the recent 20th anniversary of her debut album Let Go, and has recreated the exact same cover image at the location of the original photo, arms folded and all. Better yet, it's soundtracked by Simple Plan's I'm Just A Kid, who have also blown up on TikTok thanks to the 'then and now'-type challenge, which the likes of Will Smith have partaken in.

"Just went to the location where I shot the cover of my debut album Let Go here in New York," Avril posted.

Reflecting on 20 years of Let Go earlier this month, Avril shared that: "I will never be able to fully explain not only how much this album meant to me, but the monumental impact it has had on my life. It’s hard to try and comprehend how, 20 years later, the songs I wrote as a 17 year old would still resonate with people today. It’s pretty crazy. It put me on a path and took me places I never in my wildest dreams could have ever expected and I am thankful for it every single day.

"None of this would have been possible without the help and guidance of LA Reid, Lauren Christy, The Matrix, Cliff Magness, Curt Frasca, and Sabelle Beer. I will always be grateful to you guys for letting me be myself. Also a massive thank you to everyone who played a role, big or small, in helping make this record the success that it was.

"Last but certainly not least, thank you, to every single one of you who made a connection with this album and stayed with me since.   I say every night onstage how lucky I feel to be making music, touring and having as much fun as I do. I share this moment with all of you, because without you guys, these songs wouldn’t have reached the heights that they did. A genuine, heartfelt thank you to anyone that ever listened to my music and stuck around."

Avril Lavigne has teamed up with British clothing company Killstar for a unique collab – check it out!