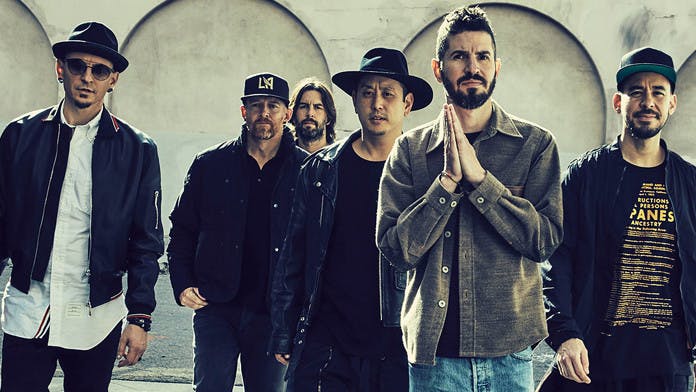 Reverb have announced an incredibly rare opportunity to own some amazing Linkin Park gear that has actually been used by the band.

Beginning on Wednesday (April 4), Reverb.com and LA's Techno Empire will be selling over 200 items from the band's history, with a portion of the proceeds benefitting the Linkin Park-founded Music For Relief program.

“Throughout the last 13 years, Linkin Park fans have been incredibly generous supporters of Music For Relief, truly enabling our mission to help survivors and communities in the wake of natural disasters,” says Whitney Showler, VP Operations and Programs at EIF. “Music for Relief is honored to be the beneficiary of this rare opportunity Linkin Park is offering to own a piece of their history.”

Among the items for sale are…

A Yamaha KX5 Keytar that joined the band on several tours, becoming a fan favourite joke prop. The keytar comes with a Linkin Park banner used backstage for signings and other fan events.

A Moog Etherwave Plus Theremin used by Mike Shinoda during live shows in 2010, including the 2010 MTV Video Music Awards.

An Amplivox S602M Megaphone used by Brad Delson during live shows in 2011.

A road case used on tour and featuring more than a dozen Linkin Park and other stickers.

Head on over to this link to preview some of the items up for grabs from tomorrow.