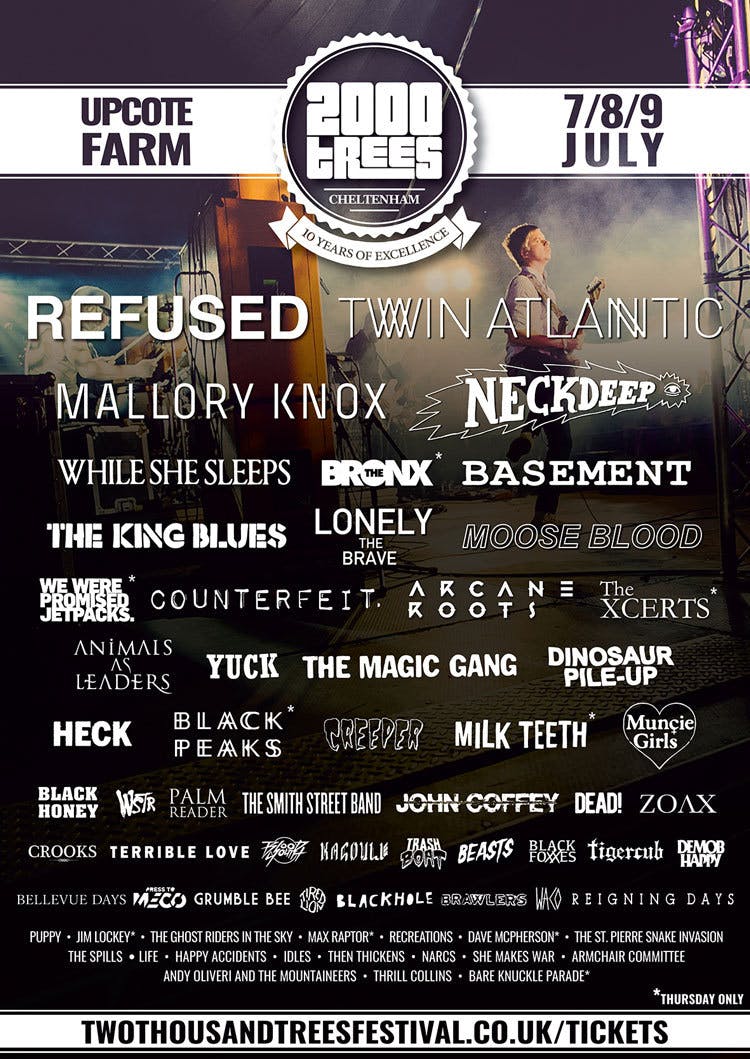 2000 Trees have announced even more killers bands to this year’s line-up including Mallory Knox, Counterfeit and Creeper.

On top of that the festival – which is celebrating its 10th anniversary – has announced a whopping 24 bands to join Mallory Knox, Counterfeit and Creeper. Check out the latest announcement below:

They join a line-up that already features the likes of Refused, Neck Deep, While She Sleeps and Twin Atlantic – scroll down for the latest poster. Remember to head to the Kerrang! Ticket Store to grab yourself some tickets to the festival which takes place between 7 – 9 July at Upcote Farm in Cheltenham.

Watch COUNTERFEIT.’s Wholesome New Video For It Gets Better

COUNTERFEIT. have unveiled a new video for their latest single, It Gets Better.