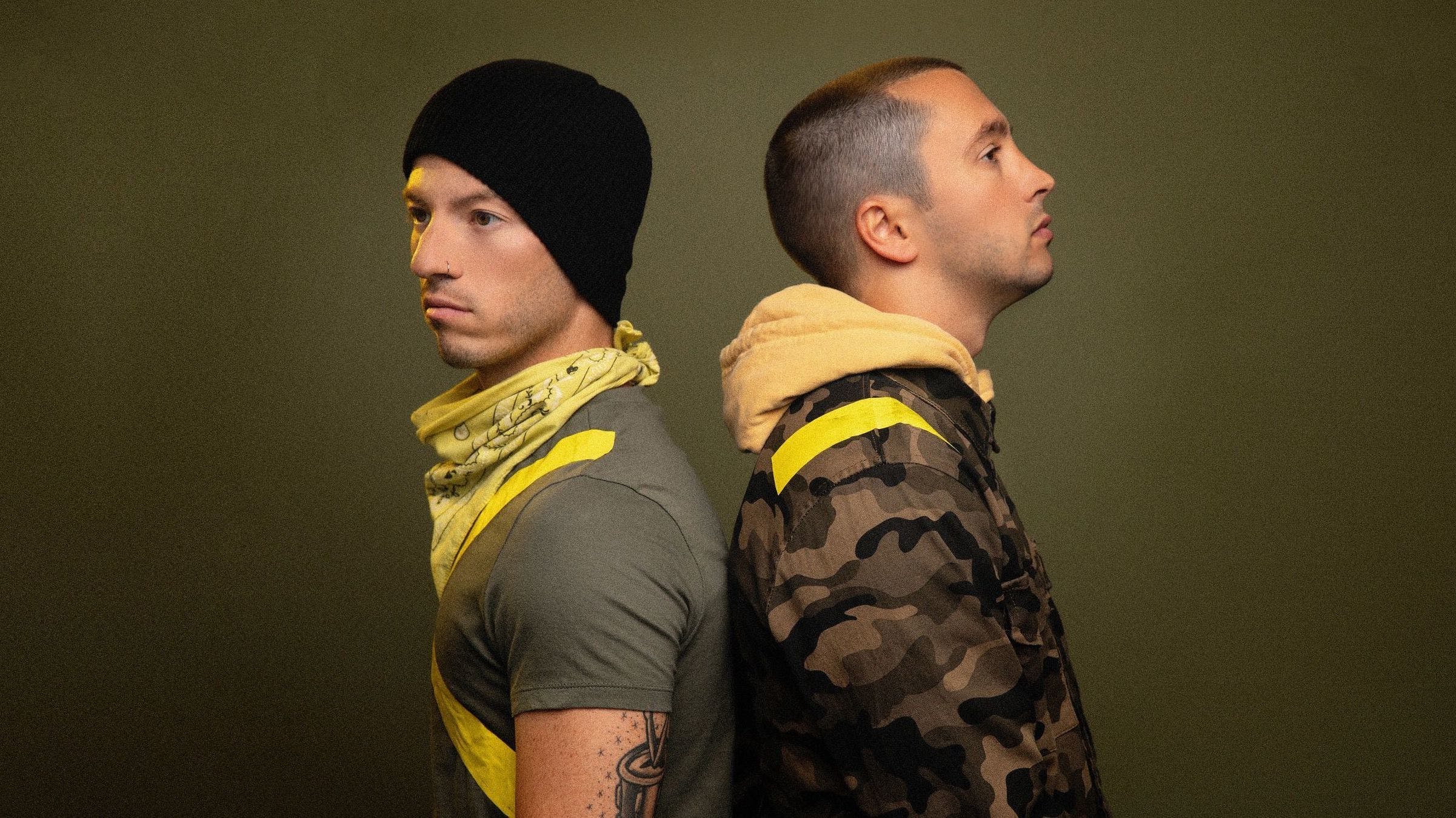 twenty one pilots drummer Josh Dun has given his first interview since the Ohio duo's comeback this week, where they announced details of new album, Trench, out October 5, two singles, a video, and a huge world tour.

Talking on the phone to Beats 1 he covered several topics, including why the duo chose to put singles Jumpsuit and Nico And The Niners out first, and why they really needed all that time off.

“We’ve had extensive conversations on all our songs and where they are, and what order to have people listen to things,” Josh said of the singles. “We kind of agreed for Jumpsuit and Nico, that these two really kind of were a nice bridge coming from where things left off with the last album, Blurryface.”

He went on to add: “I feel like having something that really connected the two albums together and really felt like a natural progression from where it was at before just made sense. Not to say that the rest of the album sounds way different, but that one I think to us, really felt like it was the most connecting.”

In comparing the new record to previous releases, Vessel and Blurryface, Josh said: “With both of our albums before, there was kind of a place from which to write. Whether that’s personal things going on in life, or thoughts, or just emotional or spiritual journeys.”

The sticksman also spoke about how time away from the spotlight was very much needed for the duo who were coming home off the back of a whirlwind few years.

“I think the way that we looked at it was just kind of like an intentional quiet period, which kind of happened for multiple reasons,” he explained. “One was coming off the back of a long tour that realistically, was kind of probably five or six years of nonstop travel. Then, the GRAMMY thing was crazy, and it was a really big year, or couple of years for us."

“During the time where we were creating and working, we kind of wanted to just step back a little bit, and be present in that world, and not bore people with stuff that isn’t as important as the content we’re working on."

And he also shared his delight that so many fans have stuck around and were so excited for the band's comeback (well, duh!).

Check out some clips from the interview below...