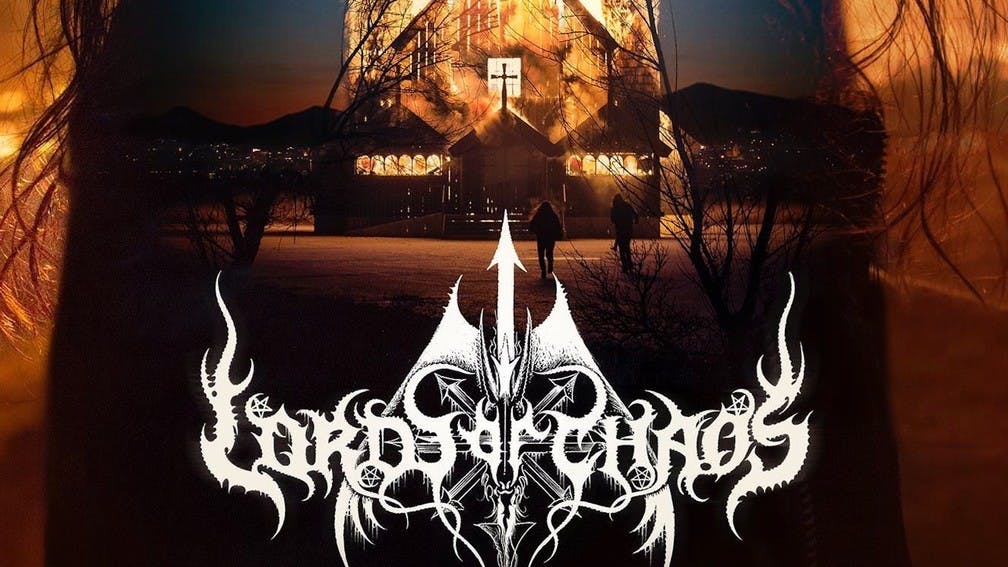 The film version of Michael Moynihan and Didrik Soderlind’s Lords Of Chaos has been a long time coming, and is surrounded with enough hype, speculation, and contempt to crush a cross. The film will be the first cinematic depiction of the Norwegian black metal scene of the late ‘80s and early ‘90s, a movement full of arson, murder, and the eventual death and imprisonment of several of its forefathers. As such, the Second Wave Of Black Metal has become modern heavy metal’s claim to cultural legitimacy to many (and a buzzword and gag to others), and many are worried the film will take a Hollywood approach to this most unholy of moments in metal history.

Today saw the release of the first teaser trailer for Lords Of Chaos, featuring Jack Kilmer as Per “Dead” Ohlin and Rory Culkin as Oystein “Euronymous” Aarseth, both of genre progenitors Mayhem. And while it’d be easy to blow off the 25-second teaser as nothing special, we just aren’t that grim — the trailer got us instantly talking about black metal, Mayhem, the Norwegian prison system, and most of all what we’d be interested to see in the movie.

Here are five things the Lords Of Chaos teaser trailer has us excited to see:

A FOCUS ON DEAD

Euronymous and Burzum’s Varg Vikernes are usually painted as the central figures within the Second Wave Of Black Metal — Euronymous as the driving creative force, Varg as the unhinged boogeyman. But Dead was always the most tragic and interesting figure of the scene: he moved to Norway from Sweden, he had Cotard’s syndrome (AKA “walking corpse syndrome”), and he took his own life before the dam broke and the world at large learned about black metal’s criminality. That the trailer focuses primarily on him bodes well for how Lords Of Chaos will depict Norwegian black metal’s trajectory.

THE DEPICTION OF EURONYMOUS

Euronymous is a hard figure to pin down. At times, he seems like a true heavy metal guru; at others, he comes off as a cold megalomaniac who would do anything to drum up hype around his band. In the trailer, Culkin portrays him almost as a stunned observer, wide-eyed and fascinated by Dead huffing roadkill. The way in which the film will depict one of the scene’s most controversial figures definitely has us dying to see it.

THE STUDY OF THE BLACK CIRCLE’S MOTIVES

Much of the first Lords Of Chaos teaser centers around the childhood experience that left Dead depressed and obsessed with death. But will these moments be brief flashbacks, or will we get to experience the full growth and upbringing of the infamous Black Circle? Will we see Oystein grow up and become Euronymous, or will we just be dropped in when everything gets juicy?

In the mind of a fan who wasn’t present during black metal’s history, Second Wave-era Norway can feel a little monochromatic and fantastical. That the film isn’t just a bristling black-and-white spiked leather and face paint adds a new dimension of low-to-the-ground reality to black metal’s story. One wonders how much Lords Of Chaos casts aside black metal’s mystique and focuses on a tale of teenage angst getting out of hand.

HOW MUCH BLACK METAL WILL THERE BE?

Sadly, there’s very little actual black metal music in the trailer, and what is played at the end could be that of any band. The problem is that while black metal is gorgeously cinematic, it’s polarizing to people who just can’t do loud and angry (or ‘lameasses’, as we call them). Just how much black metal is used to soundtrack the film will be a deciding factor as to whether or not Lords Of Chaos is a tribute to the movement, or just an offering to the gods of pop phenomena.