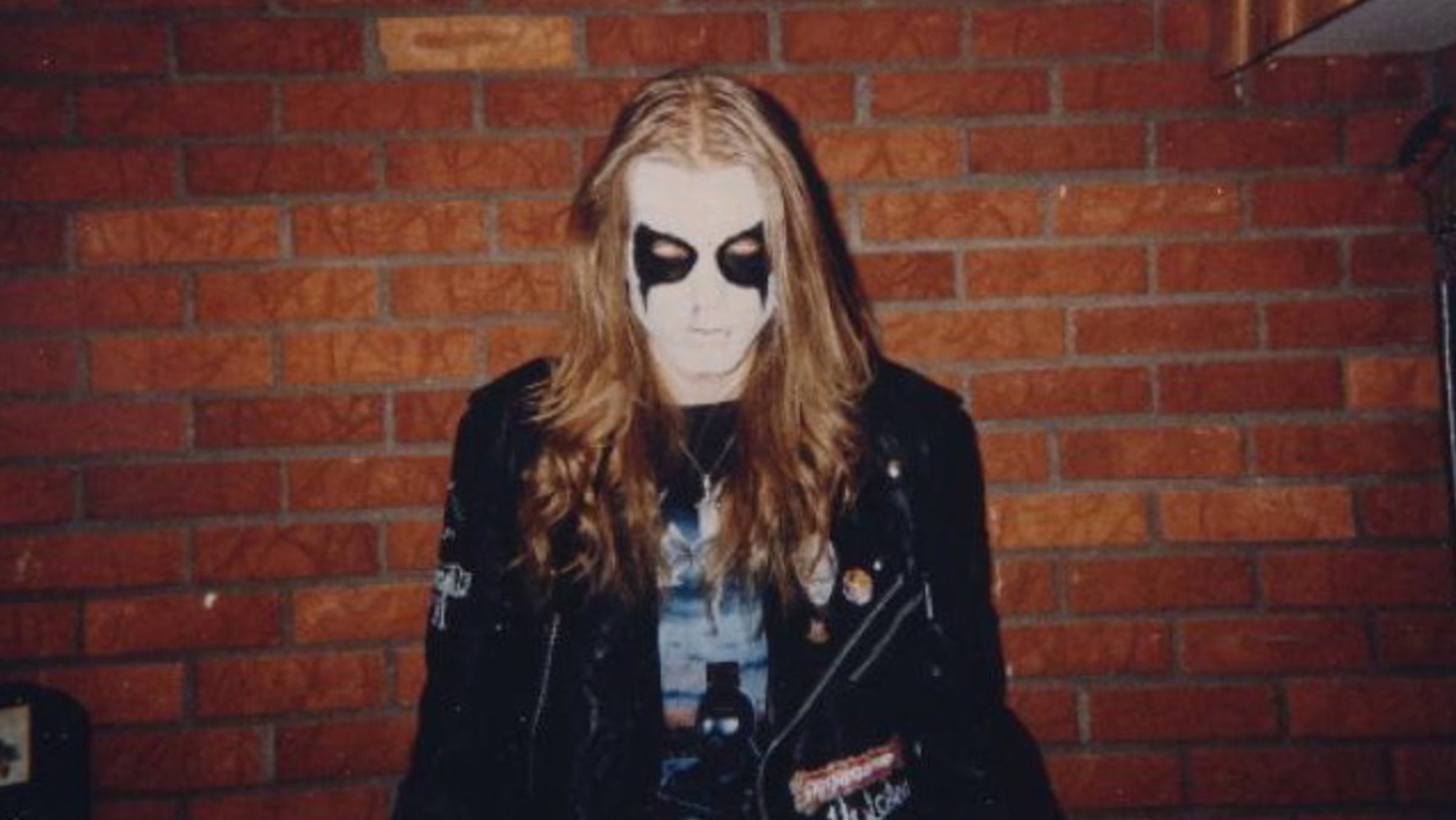 The story of black metal’s game-changing second wave is so full of massive personalities that it’s easy to forget some of them, or lump them all into one leather-clad gang of musicians and terrorists. There’s Mayhem frontman Oystein “Euronymous” Aarseth – father of the movement and genius marketer and manipulator. There’s Kristian “Varg” Vikernes of Burzum – murderer, arsonist, racist, boogeyman, and coiner of the one-man black metal band. On the fringes of the black circle and its reign of terror are figures like Fenriz, Ihsahn, and Abbath, who have all gone beyond the genre’s sensational salad days and proved themselves important cultural icons rather than characters in a crime drama.

But there is one figure at the core of black metal’s story who often feels lost to the role of victim: Per “Dead” Ohlin, the original singer of Mayhem. Dead is often defined by his suicide, the shotgun blast that killed him acting as starting gun for the extremity arms race of Norwegian black metal. But Dead’s unique vocal style, stage persona, and status within the genre's history are all vital to the saga depicted in the 2018 film Lords Of Chaos, and are what he should be most remembered for.

Perhaps the most overlooked aspect of Dead’s contribution to metal is the simplest one: his vocals. While Mayhem’s full-length studio album De Mysteriis Dom Sathanas (which features the nasal, mummified rasps and grunts of vocalist Attila Csihar) is most widely associated with the band, it is the Live In Leipzig album that best defines how Mayhem was meant to sound. It’s rare that extreme metal vocals don’t just come off as a dude trying to imitate a grouchy orc. Dead's throat roary, though guttural and stylised, sounds honest.

It’s also worth noting that Dead seemed to be the only member of the genre’s founders intent on performing the no-mosh-no-core beliefs of black metal for truly philosophical reasons. In a genre so defined by its trappings, Dead was someone who walked the walk harder than most. His huffing of roadkill, sleeping in a coffin, and burying of his stage clothes seemed to be about getting in the right headspace rather than selling an image. Meanwhile, he was always drawing and writing, turning his bizarre behaviours into actual creative output.

This isn’t to cast Dead as some white knight of black metal: we’re still talking about a guy who cut himself onstage and killed the shit out of small animals as a rule. He was as obsessed with being a force of evil and chaos as Euronymous was, maybe even more so because he was desperately searching for something his bandmates had already found in Mayhem. He undoubtedly suffered from depression, and maybe other kinds of mental illness like Cotard delusion. Maybe if he’d lived, Dead would have become the most brutal arsonist of the entire bunch. But we’ll never know.

The depiction of Dead by Jack Kilmer in the film version of Lords Of Chaos feels surprisingly faithful. Director Jonas Åkerlund does a good job of showing what it’s actually like to live with someone suffering from depression – the countless hours in bed, the lack of communication, the inability of those around them to ever reach them (and, it should be noted, the difficulty in wanting to connect with someone who constantly stinks of dead animals and dirt). Something also worth noting is their realistic depiction of Euronymous’ response to Dead’s suicide – that instead of just coldly revelling in it, he was haunted by the death of his friend.

On the surface, what makes Dead’s passing especially tragic is how it was exploited by his bandmate. The photos Euronymous took of his corpse and the pieces of skull he turned into necklaces turned Dead into a prop for black metal’s more-evil-than-thou image. But Euronymous’ choices in some ways came from the same place as Dead’s decision to take his own life: they were teenagers. They were emotionally unequipped to process what was going on in their lives. They wanted something to hold onto, but neither of them found it: Euronymous couldn’t keep his grip on the scene he so longed to control and use for world renown, and Dead killed himself.

Per Ohlin was looking for something – peace, companionship, a reason for his life to exist – and couldn’t find it. The loss of his young life, his inherent creativity, and what he could have accomplished as a musician had he not felt so isolated and hopeless, is deeply tragic. Rather than be remembered as a gory extreme metal album cover, Dead should be considered one of the many bright minds in rock music who sadly saw suicide as the only way out. Hopefully, as new genres evolve out of metal’s fruitful ooze, more voices like his will rise, and fewer will feel as alone as he did.