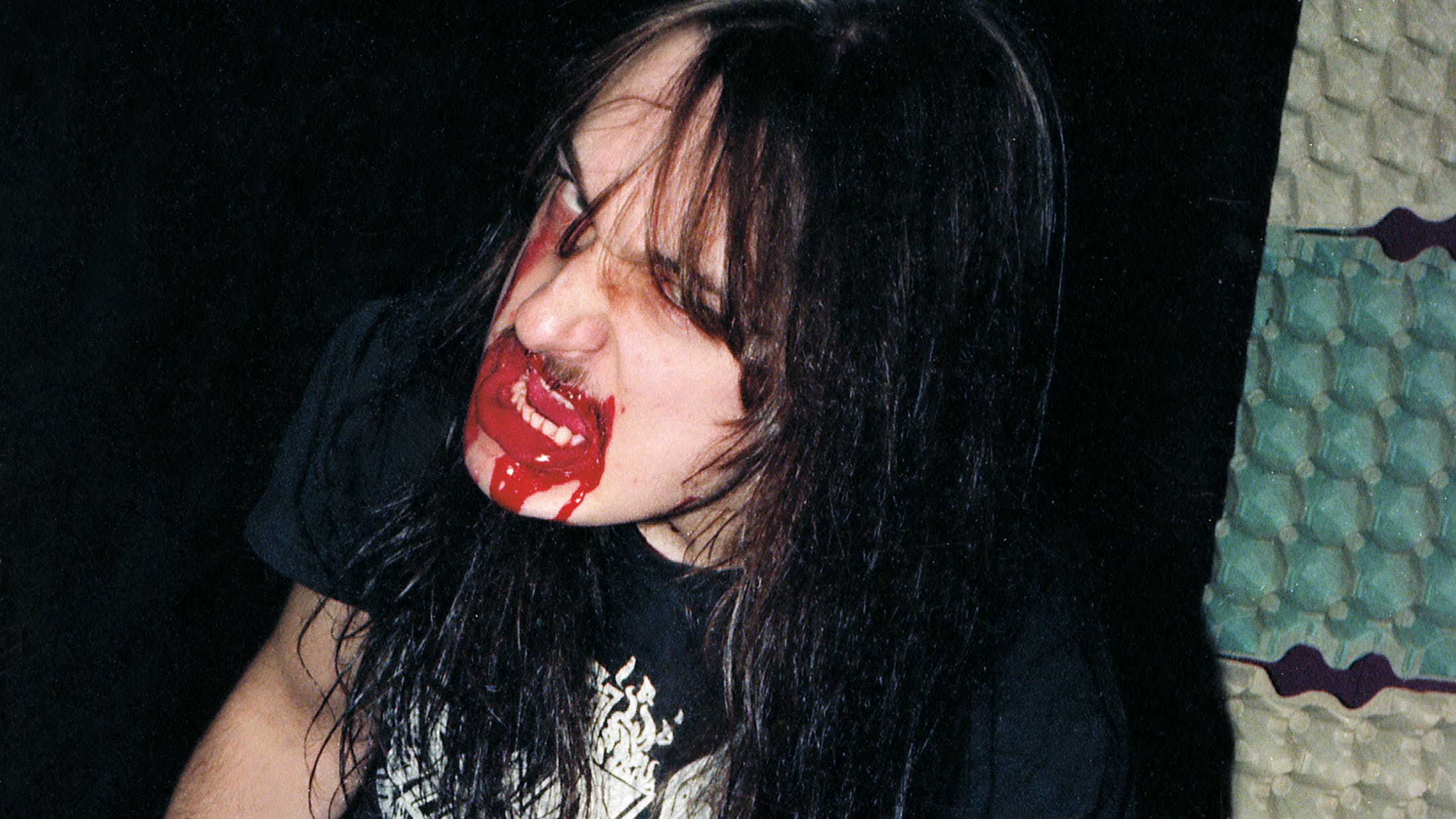 It's a story that has gone down in infamy amongst metalheads – the grisly, bloody murder of Mayhem guitarist Øystein Aarseth aka Euronymous. The 25-year-old was killed by Burzum mainman and Mayhem bandmate Count Grishnackh (Varg Vikernes) in 1993, stabbing him over 20 times in the head, neck and back. Such a gruesome twist in the tale of Mayhem led to the book and subsequent biopic Lords Of Chaos, which shared the macabre story with a wider audience.

And now, another layer has been added to this morbid piece of black metal history. Speaking to Heavy Consequence, bassist Necrobutcher has revealed that he was also plotting to murder Euronymous.

“I can tell it right now, because I’ve been holding it in for many years, but actually I was on my way down to kill him myself," said Necrobutcher. "And when it happened, I saw the morning paper, thinking ‘Fuck, I gotta get home to my place and get out all the weapons and drugs and shit I had in my house, because they’re coming to my house because I’m probably going to be the No.1 suspect for this.’

READ THIS: We fact-checked Lords Of Chaos: Here's what really happened

"But little did I know that the Norwegian police already knew that Count Grishnackh [Varg] was going down also to kill him. Because they bugged his phone, and he actually talked about this killing before he went to Bergen so the cops already knew that he was coming, so they probably were thinking to themselves, ‘We didn’t nail this guy for the church burnings, so let’s nail him for murder, and get rid of this fucking guy in Oslo the same time.’ So that’s basically what happened."

Kerrang! recently spoke to Necrobutcher about putting Mayhem back together following the death of Euronymous.

“We were at ground zero after all that shit went down in ’93. We were public enemies of the state, of the press and of the people in Norway. Black metal became an even smaller thing after that – everything was fucked up and no-one would have anything to do with us. We didn’t have any gigs, and if anyone ever wrote anything about us it was always negative.

"We were banned from festivals and most of our friends and business associates turned their backs on us. They talked shit about us because they didn’t want to be associated with us. There were not only the musical aspects where you have a band, make music and tour, and maybe you have a flat tyre, or your guitars break, or you have writer’s block. We had all that shit happening as well as everyone working against us. That made it double shit.

"But with us being an aggressive type of band, that kicked us in the ass, so from ’94 when we got our shit back together with a new guitarist in place, we were in a rehearsal space for three years, all the fucking time. We needed high quality shit when we came out again, so there’d be no doubt about anything and we’d blow everybody away. And that’s what happened. Sometimes, bad needs to happen for good to come out of it; you need to know about shit to come out on top of it afterwards.”

Mayhem will release their new album Daemon on October 25 via Century Media.