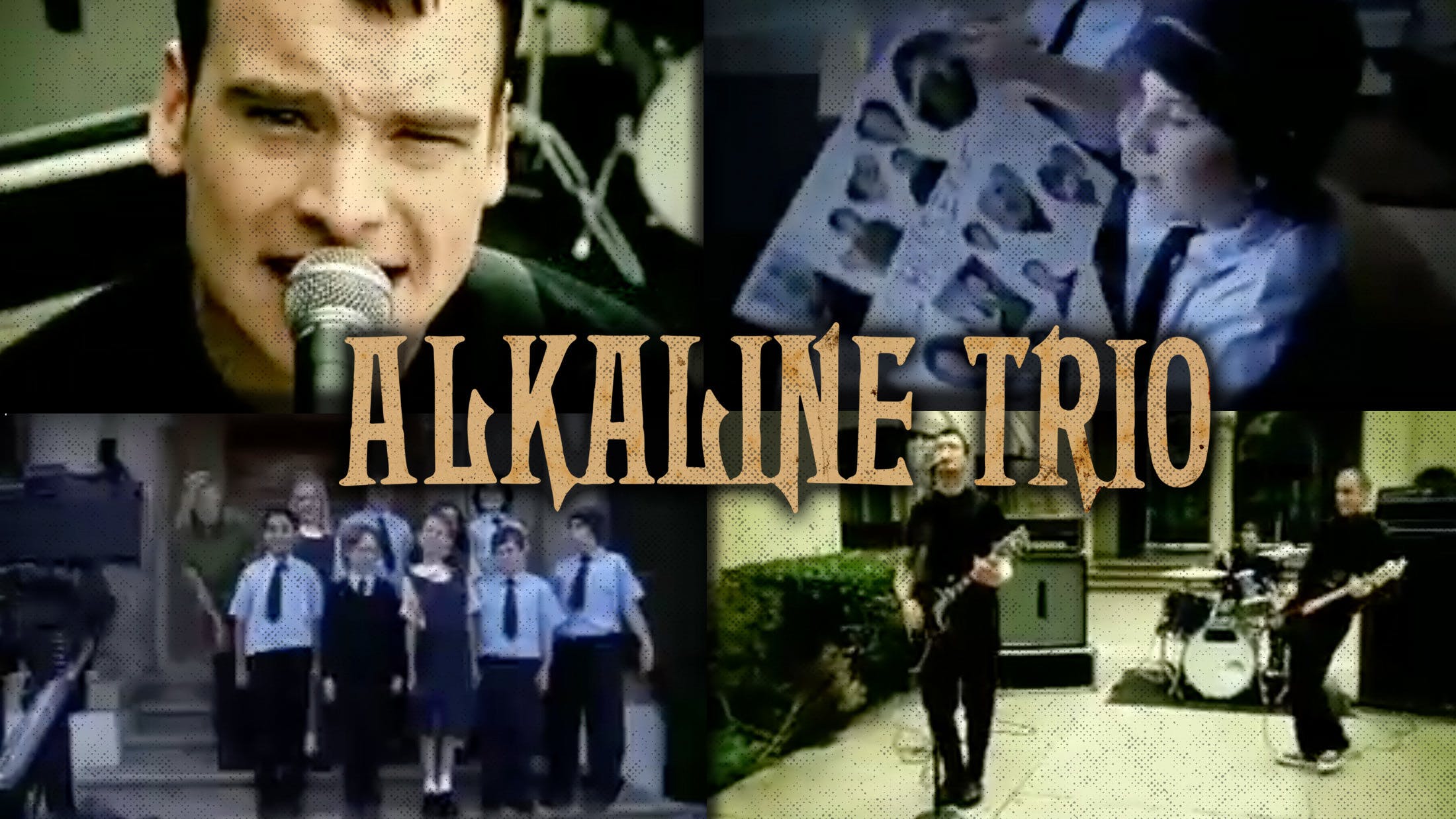 School is a mad time. When you’re there it feels like everything that happens – every test, every friendship, every incident – is enormous and life-defining, and then you reach adulthood and look back and go, 'Wow, I really don’t get a lot of use out of my in-depth oxbow lake knowledge or semi-proficiency in badminton.'

Here’s a music video that really encapsulates the intensity of feeling that can only really happen when you’re little. It’s Alkaline Trio’s insanely catchy Stupid Kid. Let’s dive right in!

0.00
An imposing-looking school and chiming bell. Horrible, Victorian, austere. This was the first video made by directing duo Maureen Egan and Matthew Barry, who also made videos for bands like Dashboard Confessional, Saves The Day and Face To Face between 2001 and 2006. They later moved into commercial work, and Barry now works primarily as an editor.

0.05
Here’s the titular kid himself. There doesn’t seem to be any record anywhere on the internet of who this child actor is, which is a massive shame as he’s brilliant.

0.07
Hey, look, it’s Alkaline flippin’ Trio, specialising in heart-on-sleeve emo-punk laden with macabre imagery and catchy as hell choruses. They’re also bound by their name to never have a fourth member, which must occasionally grate.

0.13
Primarily for budgetary reasons, there are only nine children in this class. There’s an old showbiz adage that says never to work with children or animals. “Directing kids and having almost no budget made this a challenge, but well worth it,” said Egan of the video later.

0.16
Matt Skiba is now well known for replacing Tom DeLonge in blink-182, but has been co-fronting Alkaline Trio since forming it in 1996. He is the only founding member left – something he and his now-colleague Mark Hoppus have in common. Skiba has also released albums as a solo artist and with side projects Heavens, theHell and Matt Skiba & The Sekrets. He is also a big fan of transcendental meditation, something he credits with ending his fear of death.

READ THIS: Matt Skiba: "I still have a violent streak in me…'

0.23
There’s also no record anywhere of who plays the teacher. The internet contains over six billion webpages and not one of them has that on it? Rubbish.

0.31
Giving a teacher an apple is an American tradition that came out of frontier life, when the families of students were responsible for housing and feeding teachers. It came to be a symbol of sycophancy.

0.36
That is one of the greatest glares in music video history.

0.42
Seriously, that is not a whole class of children.

0.49
HEY THAT’S A FUN BASS FILL! Bassist and co-frontman Dan Andriano (who for some reason never seems to sing lead on the big singles) joined Alkaline Trio in 1997. He has also released solo material under the name Dan Andriano & The Emergency Room and performed with punk supergroup The Falcon. He recently joined The Damned Things, the supergroup consisting of Joe Trohman, Andy Hurley, Scott Ian and Keith Buckley.

0.57
Drummer Mike Felumlee is a long-time member of The Smoking Popes. He was only in Alkaline Trio for this one album, leaving due to alleged tension with Matt Skiba. He now, among other things, runs the live-session YouTube channel Live From The Rock Room. They’ve had several other drummers over the years, including founding drummer Glenn Porter (now in a band in Portland called Advisory), live drummers Atom Willard (of Rocket From The Crypt and Against Me! fame), Pete Parada (now of The Offspring) and Jarrod Alexander (of My Chemical Romance). However, their longest-serving and still current drummer is Derek Grant, who can also be seen on the cover of Crimson.

1.14
Sadly not seen anywhere in this video is Alkaline Trio’s logo, surely up there with the best wordless band logos in existence. It was designed by original bassist Rob Doran’s then-girlfriend, artist Heather Hannoura. Hannoura was later married to Laura Jane Grace (then known as Thomas Gabel), and kept the surname Gabel. A few years ago she started making music, and is now half of industrial EDM duo HIDE.

1.28
Stupid Kid comes from Alkaline Trio’s third album, From Here To Infirmary. The band have something of a love of wordplay, also offering up albums entitled Good Mourning and Agony & Irony (a not-great pun on Ebony & Ivory), a semi-unplugged best-of called Damnesia, and a blu-ray called Past Live.

1.37
Stupid Kid, like a great deal of Alkaline Trio’s output, was mixed by Jerry Finn. Finn was massively influential in shaping the sound of modern pop-punk, working extensively with Blink-182 (to the point that Mark Hoppus described him as being “the fourth member” of the band), Sum 41, Alkaline Trio and Green Day. He died in 2008 at the tragically young age of 39.

READ THIS: The lasting legacy of Asian Man Records

1.45
Jesus Christ, Miss Hossenfuss, you didn’t need to write it so goddamn big.

1.51
Nine kids isn’t a lot until they’re suddenly pointing at you and laughing, and then it’s fucking plenty thank you very much.

2.17
This ending was removed from some broadcasts of this video (and a re-edited version was also circulated) due to controversy surrounding the violence. A version without smoke was released.

2.24
Aaaaagh, he’s a wee devil boy! The white eyes are a nod to the From Here To Infirmary artwork, which shows the band without irises or pupils.

2.29
And that’s it. Glorious stuff. Well done everyone!