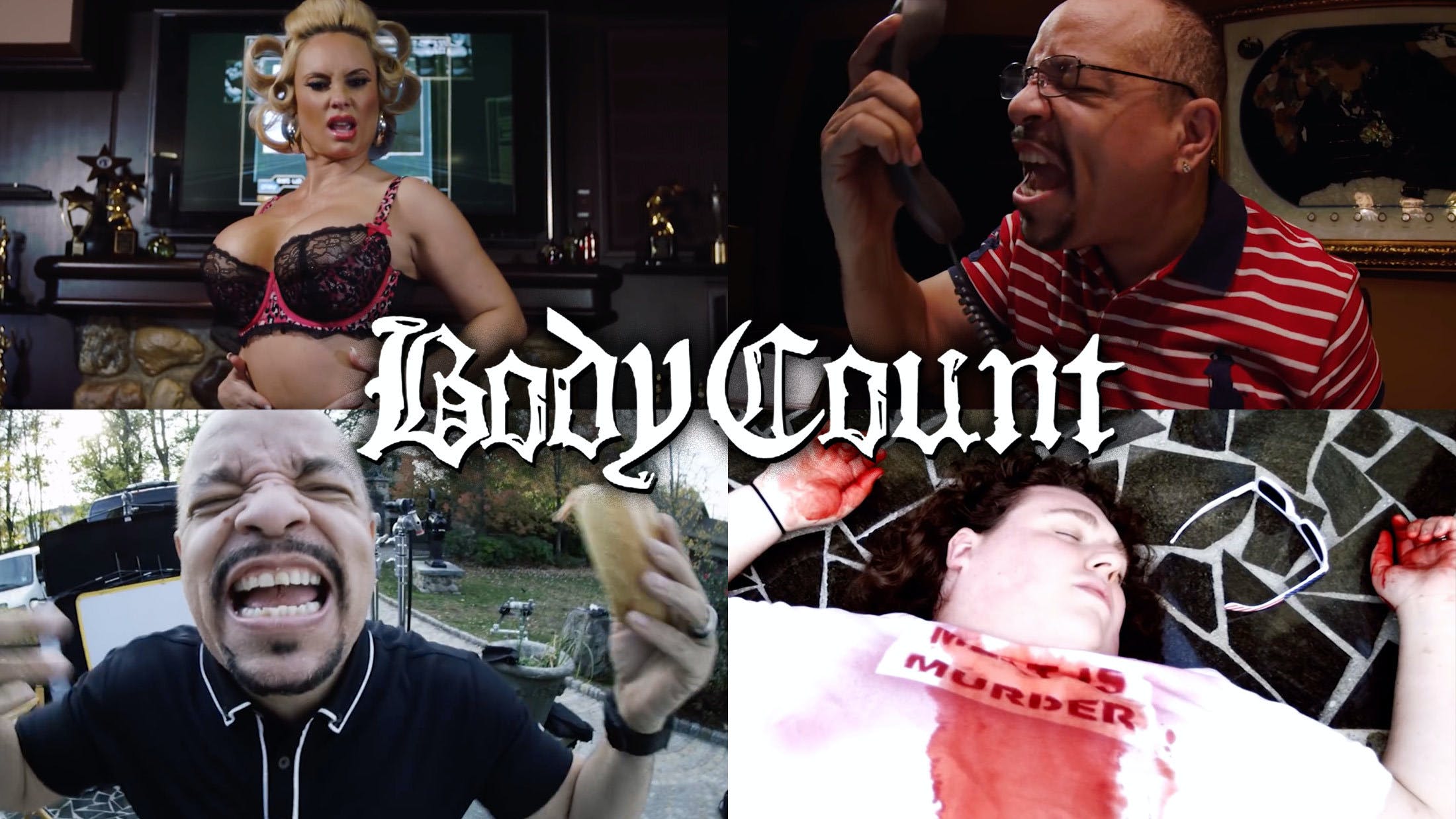 There are classics, and then there are classics. Here’s a stone-cold classic reinterpreted for modern times – well, five years ago – by a complete ledge. Ice-T is a massively successful rapper and actor, and undoubtedly makes more money from those arenas than his metal band, but just goddamn loves being in a metal band.

Body Count started out as one of the most controversial bands in the world, their song Cop Killer wilfully misinterpreted as a celebration of murder by politicians who couldn’t wrap their heads around the idea of something being made up to express a point of view. It was also repeatedly categorised as gangsta rap, something which infuriated the band.

But that’s all in the past. Ice–T’s older and more polite now, sort of (there’s a lot of swearing in this song). He’s been on a mainstream TV show for 20 years, beamed into the households of the same people who were once calling for his arrest. He’s a beloved American icon now, an elder statesman of rap, and by god, he still loves his metal.

It’s incredibly difficult to describe the magnificence of Body Count’s Institutionalized without just quoting the lyrics and laughing, but by the end of it, despite some problematic bits, you feel like you’re basically best friends with Ice-T. Let’s dive in!

0.01
This is, of course, a part cover, part reinterpretation of Suicidal Tendencies’ breakthrough hit Institutionalized. The original is a song that can sound a bit cheesy to modern ears, but it changed a lot of people’s lives, describing just how frustrating and anger-inducing life can be, and how reacting appropriately to the bullshit surrounding you ends up getting you in more trouble.

0.07
These dogs – Ice-T’s real ones – are called Maximus and Spartacus. Spartacus unfortunately died in 2016. There is now a new puppy called Princess Alexus – she and Maximus have taken over Spartacus’s Twitter account.

0.13
Ice-T is a massive fan of videogaming. His name on Twitter is @FINALLEVEL, and he has lent his voice to big franchise titles like Grand Theft Auto: San Andreas and Gears Of War 3. Body Count also recorded a song for Gears Of War 3, the imaginatively-titled The Gears Of War. Ice-T has his own clan in Call Of Duty, called SMG. SMG stands for 'Sex, Money, Guns'.

0.19
This is Ice-T’s wife, model Nicole 'Coco' Austin. The couple starred together in the reality show Ice Loves Coco, which ran for three seasons.

0.36
There’s loads of swearing in this song btw.

0.57
The original was about the problems facing Mike Muir, who was 19 at the time of writing, and the lyrics would sound genuinely odd coming from Ice-T, who was 56 at this point. Ice-T says of his version, “I just talk about all kinds of shit. We remade Suicidal Tendencies’ Institutionalized as an homage to Suicidal. They were the first band to rock the bandanas and bring out the L.A. hardcore punk side out, so we redid that. In that one I’m ranting about playing Xbox and vegans and, fuckin’, the internet.”

1.03
Shall we… Shall we just briefly dive into the original?

1.09
Bassist Vincent Price, there, a huge Iron Maiden fan who at one point was the late Chris Cornell’s guitar tech.

1.24
Of course his email address is [email protected]. What else would it possibly be?

1.35
Okay, this whole chunk is basically not cool. It’s weird coming from Ice-T, a man who has said that racists should be killed (“Not necessarily physically, but the part of them that is racist should die”). There’s a dodgy-as-hell accent coming up, and the animated view outside the call centre could definitely have been done a little less appallingly.

2.22
This is Ernie C, co-founder of Body Count and, along with Ice-T, the driving force behind the band. The original lineup of Body Count met as students in LA’s Crenshaw High School. Three of that lineup – D-Roc, Beastmaster V and Mooseman – have since died. Crenshaw High was later attended by Schoolboy Q and members of Odd Future, and used as a location in the film Bring it On: All Or Nothing.

2.25
The excellently-named Juan Of The Dead also plays in Agent Steel, Evildead and Abbatoir.

2.32
It’s fun to hear Ice-T talking about being at work, when Ice-T’s day job is acting on Law & Order: Special Victims Unit, in which he has portrayed detective Odafin 'Fin' Tutuola since 2000.

2.34
The chair behind Ice-T has the name Joe Trimarchi on it. No idea who that is, although there’s a lawyer in Paramatta, Sydney, by that name.

2.36
You wouldn't necessarily think of Ice-T as being someone that puts his crisps in a small zip-lock bag every morning before going to work, but apparently he is.

3.01
Ice-T has a real bee in his bonnet about vegans. This album’s lead single, Talk Shit Get Shot, sees a vegan (in a VEGAN shirt, no less) getting gunned down. Body Count’s next album, tentatively expected to come out before the end of the year, is called Carnivore. Explaining the title, he said, "people are getting so soft. It's okay for [someone] to say, 'Oh, I'm a vegan,' or, 'I'm a vegetarian’. I say I'm carnivorous — I only eat meat. People go, 'What the fuck?' I think the person that's gonna come get you won't be a vegetarian; it will be [someone] carnivorous."

3.18
There is between nine and 12 pints of blood in the average adult human body.

3.24
Drummer Ill Will shares his name with a character in the Beano/Dandy strip The Germs (which in turn shares its name with the massively influential punk band). Everything loops round!

3.30
Body Count have always been adamant that they are solely a metal band, despite often being classified as a rap-rock band due to Ice-T’s other career as a massively successful rapper. In his autobiography The Ice Opinion: Who Gives A Fuck?, Ice-T writes of his decision to be the lead singer of the band, "I knew I couldn't sing, but then I thought, 'Who can sing in rock'n'roll?'" He also described the ethos of the band as being decidedly less nuanced than his solo material, saying, “If you took a kid and you put him in jail with a microphone and asked him how he feels, you'd get Body Count: 'Fuck that. Fuck school. Fuck the police.' You wouldn't get intelligence or compassion. You'd get raw anger."

3.41
Ice-T has explained the philosophy of doing his own spin on this cover. He said, "I think when you remake a record, it's twofold. It's not just the remake, it should be the homage to the other artist. At the end of our version of Institutionalized, I say 'Suicidal!' because I don't want anyone for one minute thinking I invented that or am trying to pass it off that way. I don't need to.”

3.44
That’s it. It’s over. Amazing. You’re going to be muttering, 'I don’t give a fuck if you eat sawdust, motherfucker!' to yourself for weeks now.