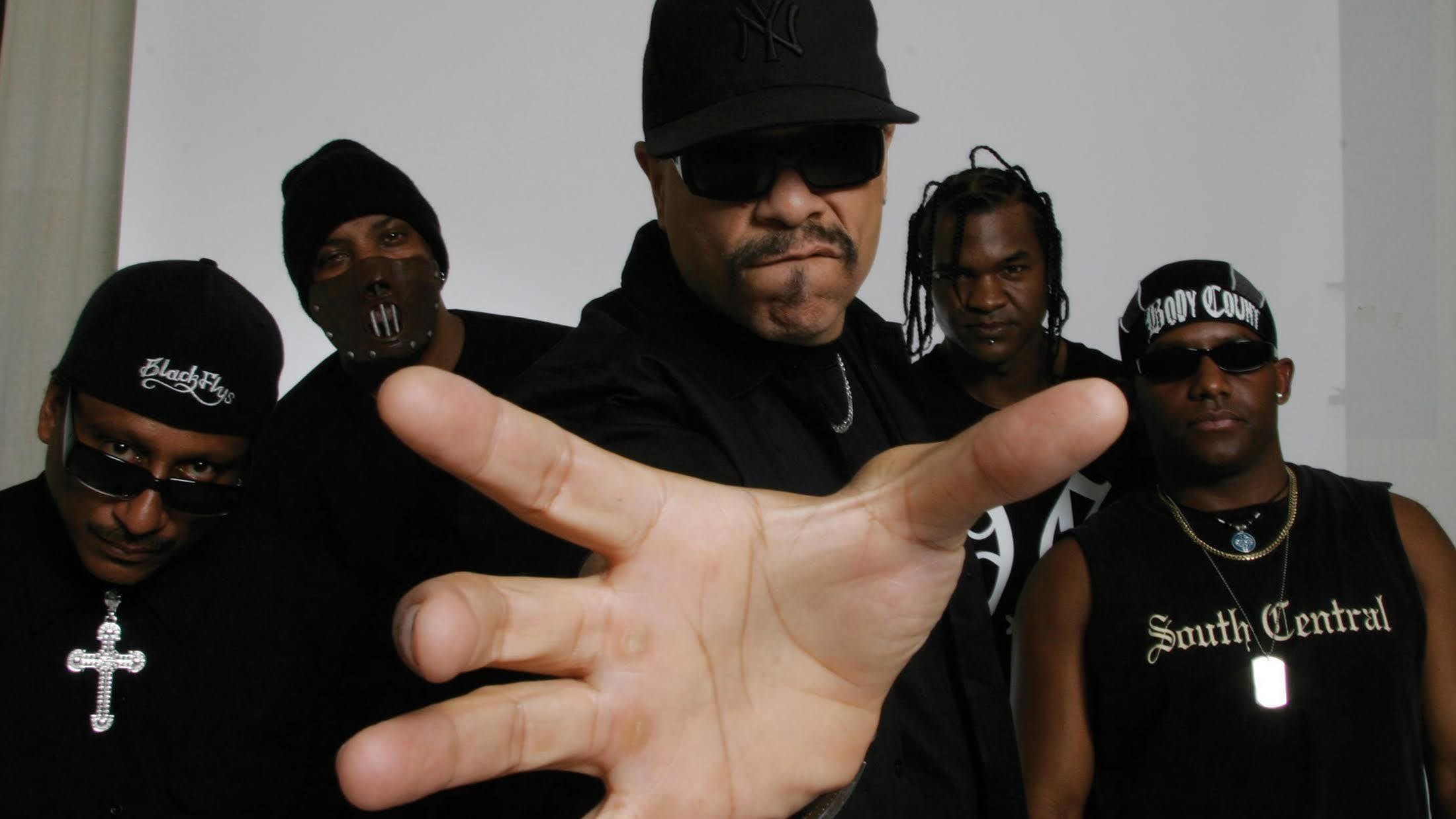 You could say it all started with a song. But really, it started long before that.

It is May 1992 and riots have been raging across Los Angeles for six days since a jury acquitted LAPD officers Stacey Koon, Laurence Powell, Timothy Wind and Theodore Briseno for use of excessive force in the arrest of Rodney King. The arrest the previous year had been caught on camera by a civilian, showing the four police officers beating King with batons, tazing him and kicking him on the ground. The tape was broadcast on local station KTLA, before spreading like wildfire across the country.

In the aftermath, the Police Association of Dallas, Texas have a different target. The Combined Law Enforcement Association of Texas launched a campaign against Time Warner group to withdraw the eponymous debut album by Ice-T’s new metal group, Body Count. Soon police forces across the country would join them. There was plenty for law enforcement to object to on the record – the skewered irony of KKK Bitch, the grotesque pantomime of Momma’s Gotta Die Tonight – but one song in particular really got their goat: Cop Killer.

Over an adrenalised thrashing punk rhythm that picked up where Anthrax and Public Enemy left off on Bring The Noise, Ice-T delivers a revenge fantasy where someone pushed to the brink by unfettered police brutality decides to take matters into their own hands, with the chorus, ‘Cop killer, better you than me, cop killer, fuck police brutality!’ And the opening dedication to the LAPD? Well, that was just an extra slap in the face.

Over the coming months the protests intensified. On a street level, some police departments exerted pressure on local businesses to withdraw the record, as happened in Greensboro, North Carolina where a store quit stocking Body Count after being told by law enforcement that 911 would not respond to emergency calls from them if they continued to sell the album. At a corporate level, actor Charlton Heston read out lyrics from Cop Killer and KKK Bitch at a Time Warner AGM in July – which if you’ve ever wanted to hear Ben-Hur and the narrator of Hercules utter the words, 'I’m about to bust some shots off' is well worth checking out on YouTube – persuading shareholders to boycott the company. Eventually, even President George Bush Snr. spoke out against Time Warner, and any record company that would release such a record and Ice-T became number two on the FBI’s National Threat list.

Sound excessive? The thing to remember is 1992 was an election year, and Bush’s ratings had dropped through the floor following the LA riots, not to mention 11 years of Reaganomics and a failing war on drugs at home. The administration needed something that would bring voters back into the fold. What scared middle America more than a “rap” record?

Many who couldn’t keep track of chronology accused Body Count of jumping on the bandwagon after the Rodney King verdict and profiteering on anti-police sentiment. To be charitable to the public, it wasn’t as easy as picking up your phone to check the release date of the album – which preceded the court ruling by two whole months – or that Cop Killer had been written in 1990 and performed every night of the 1991 Lollapalooza tour. The fact that the recorded version name-checks both King and Los Angeles Chief of Police Daryl Gates merely shows that Ice was responding to the latest in a long line of such trials. But for the powers that be, this misconception was convenient, and switched the conversation from a commentary on police brutality to a conversation on whether the first amendment covered some hood rats promoting violence on police.

Time Warner backed the record, citing Ice-T’s right to freedom of expression, while Ice himself would calmly point out in multiple interviews that the song’s target wasn’t police in general, but racist officers who abused their positions. Following death threats to label employees, however, Ice-T announced his decision to withdraw Cop Killer. In September of that year, a new version of the album appeared with the track nixed and the “Cop Killer” tattoo on the chest of the artwork’s black superhero covered up to read “Body Count” instead.

A triumph of censorship over an uncomfortable truth? Some viewed it that way. But Cop Killer had moved the needle of America’s mainstream consciousness, which was then primed for the arrival of Rage Against The Machine’s debut album that November. It had continued a conversation in a long lineage of popular music that asked sadly pertinent questions of the function of police in society and what, truly, was a black person’s life worth in America.

Ice-T and Body Count didn’t shut up, either. After the original version of the album was pulled from shelves, the band distributed free singles of Cop Killer at shows. Meanwhile, the song that took Cop Killer’s place on the revised album probably didn’t make detractors any happier. Settling scores with everyone from Bush to the town of Columbus, Georgia, a retaliatory rant brazenly titled Freedom Of Speech announced, 'We ain’t the problems, we ain’t the villains, / It’s the suckers deprivin’ the truth from our children.'

Talking to Kerrang! about Cop Killer’s legacy and the irony that he is probably best known for playing Sgt. Fin Tutuola in Law & Order: Special Victim’s Unit, Ice maintained, “When I sing it in the show, I say, ‘I play one and they can still kiss my ass.’ But my attitude to cops hasn’t changed. I don’t hate cops, I hate brutal cops. I don’t hate people, I hate racist people.”