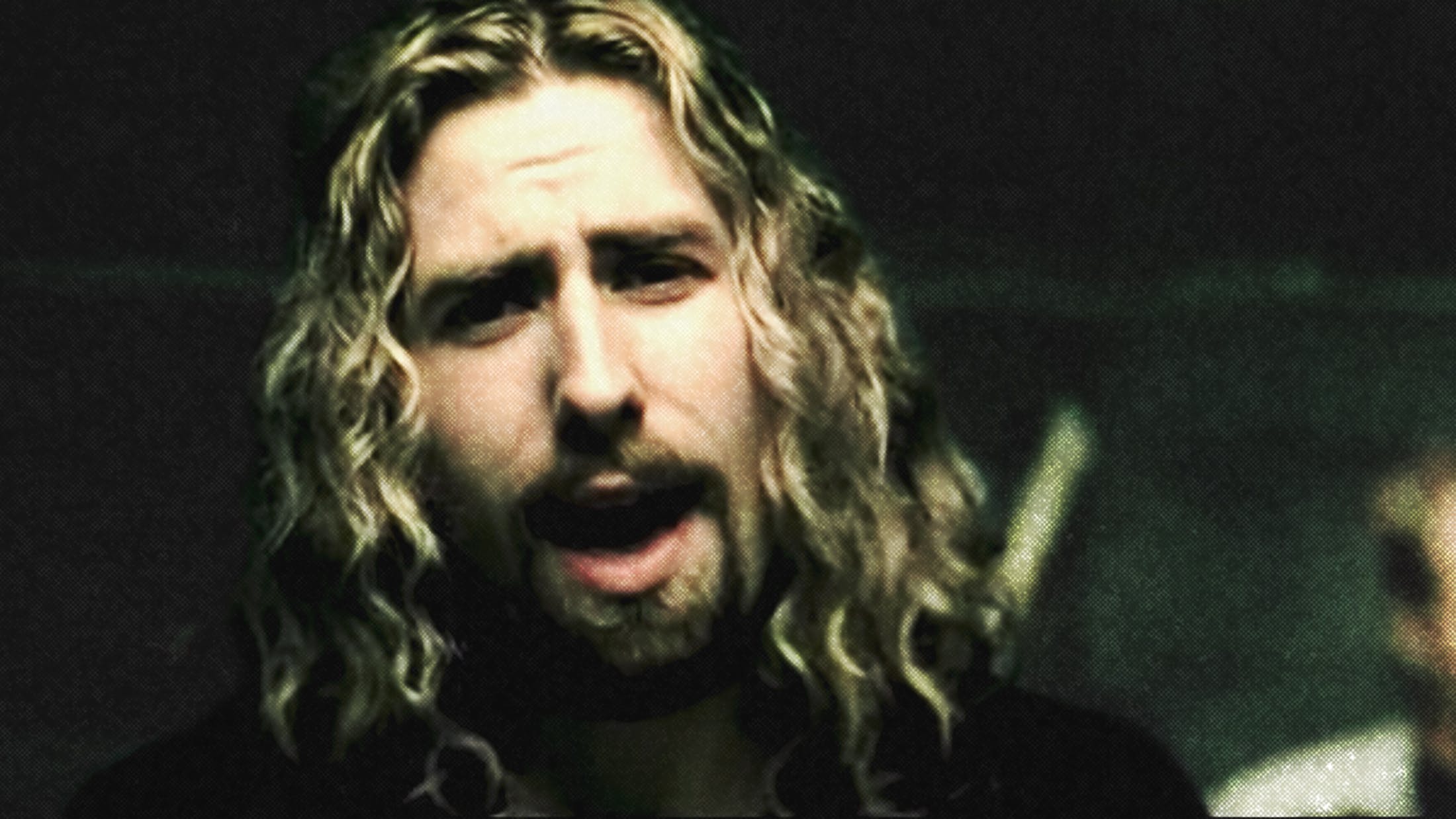 There are good songs, and bad songs, and songs which are neither yet both. How You Remind Me by Nickelback is one of those, a song which is probably quite good but can’t be heard on its own terms – the 2001 single was the most-played song of the first decade of this century on U.S. radio, spun over 1.2 million times, and was equally inescapable across the pond for years.

It holds the Number One spot on the Billboard decade-end chart for the 2000s, and was the second-ever song by a Canadian band to top the Billboard charts (following American Woman by The Guess Who). It’s a massively successful hit, yet a lot of people hate it with a passion. Rolling Stone named Nickelback the second-worst band of the decade (after Creed) and called the album this song came from, Silver Side Up, “the sonic equivalent of too many goatees”.

Right, let’s jump on in, shall we?

0:06
It would be very juvenile to point out that in any single frame of Chad singing he looks a bit like he’s taking a dump, so we shan’t. But it’s absolutely true. For a fun exercise, pause it at random during bits where he’s singing, then see if you can picture him pulling that exact facial expression atop a toilet.

0:09
Are these the feet of a ghost? No! They’re the magically appearing feet of Chad's ex-girlfriend. The song itself was written about a woman named Jodi that the frontman dated for a while.

0:15
Chad's girlfriend is played by model Annie Henley. At the time of writing, this is her only acting credit, but she had appeared in print advertisements for Jean-Paul Gaultier and Rolex.

0:25
Seriously, pick any frame at all and he’ll absolutely look like he’s pinching one off.

0:46
Chad's girlfriend has disappeared! She’s a ghost! No, hang on, no, she’s not, she’s a memory, it’s cleverer than that. The video’s directors, the Brothers Strause, also did Linkin Park’s video for Crawling, Godsmack’s I Stand Alone and Prayer by Disturbed, as well as making the movies Alien Vs Predator: Requiem and Skyline.

1:06
Due to Chad's role as the face of the band, the rest of Nickelback aren’t particularly well known. In fact, based on some of the comments on YouTube, it seems like a lot of people think that rather than a band, it’s a guy named Nick Elback. Chad’s brother Mike is on bass, Ryan Peake is on guitar and at this point, Ryan Vikedal is on drums (Ryan left in 2005 and was replaced by former 3 Doors Down drummer Daniel Adair). They’re all probably really nice. Chad Kroeger’s probably really nice too, actually.

1:23
The shop Henley is exiting before disappearing behind a car is called Green City Sandwich & Soupery at 1107 Homer Street, Vancouver, Canada. Visiting it on Google Streetview, it appears to now be either a branch of Scotia Bank or a 7-11.

1:28
When the video was being made, Chad had reservations about the size of the show – the band were playing arena gigs by this point, and the relatively intimate scale in the video concerned him. It all ended happily, though – he was pleased with the video in the end.

1:51
There’s that thing again, where it’s all bright when he’s having nice memories of having his shoulder touched a bit (more like Glad Kroeger!), then all dark when he realises she isn’t willing to touch his shoulder a bit anymore.

2:07
In an unnecessarily complicated bit of business, it turns out that during the 'wandering around Vancouver being sad' scenes, Chad has been playing a character, and in this sequence, his character is in the audience at a Nickelback show. It could almost certainly have been thought through a bit more.

2:15
This scene looks a bit like a really well-shot version of the bit in every episode of Homes Under The Hammer where the estate agents wander around looking at very similar rooms as though they’ve never been in a building before.

2:38
If you squint at this bit, you can make it seem like he’s wearing big cool Judge Dredd epaulettes.

2:50
He’s pushing her away (more like Mad Kroeger!) – it’s a metaphor, but it’s also actually what is literally happening. Clever.

2:59
This moment here worked out very well for Nickelback’s drum tech. Andrew Mawhinney suggested that the rest of the band stop for the final bellow of, 'For handing you a heart worth breaking.' The band later slipped Andrew $5,000 as a thank you.

3:22
Guitarist Ryan, who is dressed like Charlie Sheen’s character from Two And A Half Men going to a formal dinner at the beach, has looked completely fucking livid throughout this entire thing for no good reason.

Everything We Owe To The Misunderstood Genius Of Avril Lavigne

A compelling argument in defence of everyone's favourite Canadian musician.