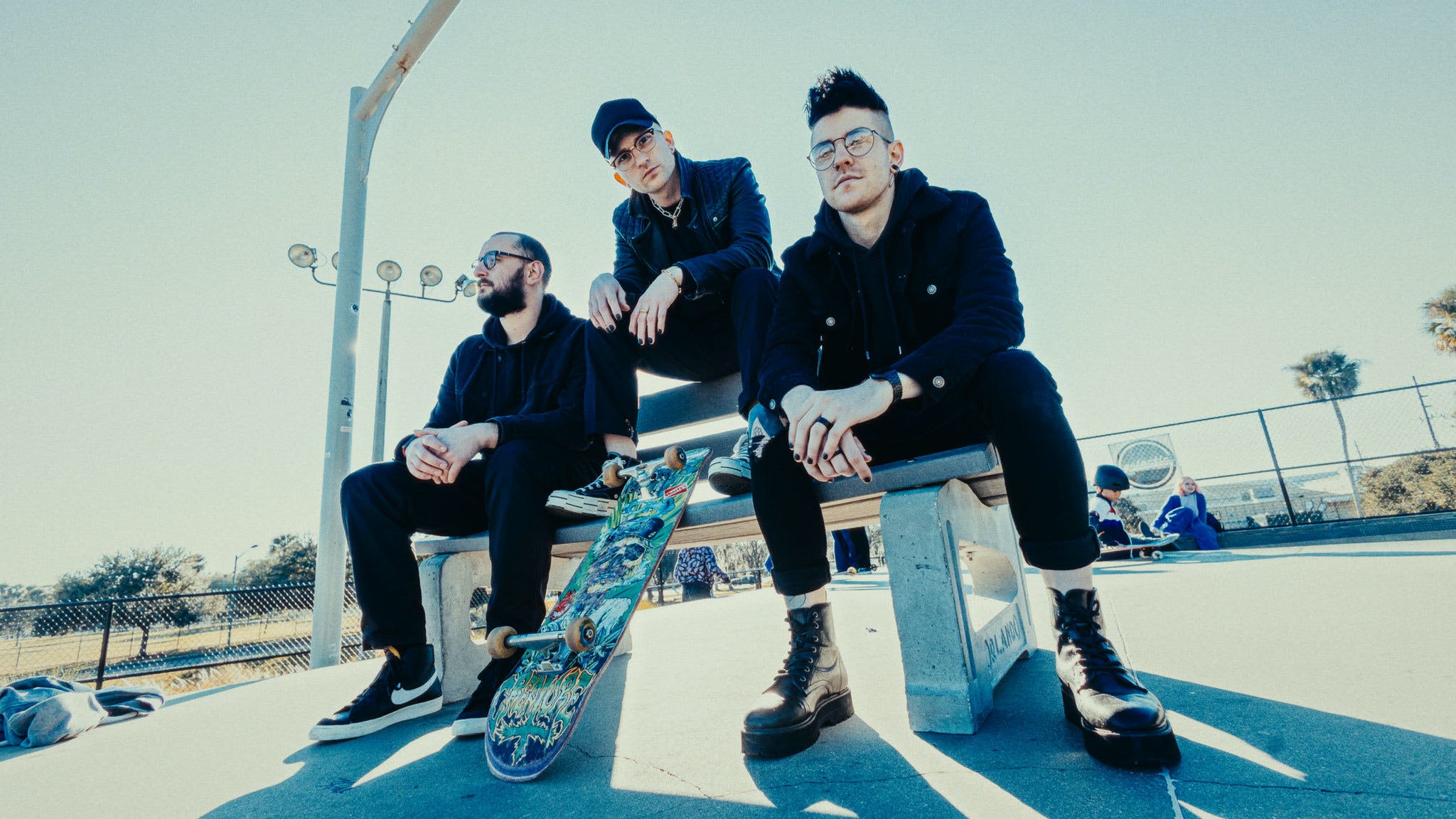 There was a lot that As It Is needed to consider when the band sat down to work on a new album. The COVID crisis was spreading uncertainty through their ranks, but so too were bigger existential questions on the table that were unique to just them. Vocalist Patty Walters, guitarist Ronnie Ish and bassist Ali Testo had to navigate a new path without founding member Ben Langford-Biss – who stepped down in 2019 to focus on new project Bleak Soul – as well as plot just how they would follow up The Great Depression, their theatrical third album that had significantly changed the perception of the band (having swapped upbeat pop-punk for a more conceptual, My Chemical Romance-esque emo sound).

The road ahead was far from clear, and it left the trio with a pretty stark choice: embrace the chaos, or let the chaos consume them.

“It's impossible for me to separate the weirdness of our journey from that of the world and the roller coaster we've all been strapped into for the past few years,” Patty begins. “It’s all just a product of really trying and turbulent times, and the choice was either that we let that uncertainty win, or we write a record. We’ve come out of this different people, and everybody on the receiving end of this album is going to be a very different person to who they were when we put out The Great Depression, because it’s been such a difficult few years. The mission statement from that became authenticity, transparency and vulnerability – creating honest art. We had so much to say, so many feelings, doubts and questions. That can drive you crazy, so I WENT TO HELL AND BACK became a product of necessity, and an acknowledgement that really there was no other option for us.”

With a firm belief that they were not going to create a successor to The Great Depression – “That record will always be an anomaly. I don’t think we’ll ever write anything like that again, and it would’ve been insincere to try,” Patty says – a new blueprint for the future of As It Is was laid down. As the singer suggests, it’s one that had its foundations in a sense of sincerity. There was, he admits, a feeling hopelessness within the band’s circles, with no tours, no perks and no world outside of their living rooms. But it was also a period that reminded Patty, Ronnie and Ali why they picked up an instrument in the first place.

“It was a reminiscent of those formative years when you’re a teenager and you fall in love with alternative music,” Patty recalls. “We felt a raw, exciting sense of doing this just because we love it – there was literally no other reason to be doing As It Is. This mindset was very much, ‘Let's just make music, because that's all there is to do right now.’ More than anything, it felt really nostalgic.”

Nostalgia, and the feeling Patty describes of recapturing the magic of youth and the excitement of discovering alternative music, is an energy that runs throughout I WENT TO HELL AND BACK. Anthemic single I MISS 2003 serves as Patty’s ode to the years when he fell in love with music, and is packed with easter eggs that former scene kids will take delight in uncovering. The band are well aware of the renaissance said sound is currently undergoing thanks to the success of Machine Gun Kelly et al (“I think it’s really exciting – the scene is more diverse, young and alive than it’s felt in a really long time,” Patty says), but I WENT TO HELL AND BACK does more than ride on any coattails.

One of the album’s greatest achievements is that it’s comfortably the most diverse its creators have ever sounded. As a whole, it sonically sits somewhere in between the saccharine pop-punk of early LPs Never Happy, Ever After and okay., and the heavier, concept-focussed The Great Depression, but within I WENT TO HELL AND BACK’s 14 tracks is everything from sombre alt.pop (I’D DIE 1000X, the title-track) to the modern metalcore of I CAN’T FEEL A THING, which is more in line with something you’d expect to hear from The Amity Affliction or Crown The Empire than that of As It Is’ pop-punk peers.

I WENT TO HELL AND BACK is As It Is’ best work yet, but for the band, it’s the story of how they got here, of the reconnection they made with their youth and the determination they had to pull themselves back from the brink that fills them with the greatest sense of pride. Going to hell is one thing, but as the album title suggests, it’s returning from the darkness and emerging with a sense of hope that’s really worth shouting about.

“‘And back’ are the most important words on this record,” Patty concludes. “The world didn’t win. It might’ve pushed me to my limits, and I might have felt like I didn’t know where, who or even if I was going to be on the other side of this. I might have stopped talking to everyone and felt like my entire world was flipped upside-down, but in those situations, you just do your best, and if you’re us, you make art because that’s the only way it feels like you can cope. In the end, you might have to create your own light at the end of the tunnel, but there’s still hope, even when the tunnel feels pretty dark, pretty cold and pretty lonely.”

Ronnie, wryly summing up all that I WENT TO HELL AND BACK stands for, agrees.

Album review: As It Is – I WENT TO HELL AND BACK

Transatlantic pop-punkers As It Is hit a career-high on fourth album, I WENT TO HELL AND BACK.