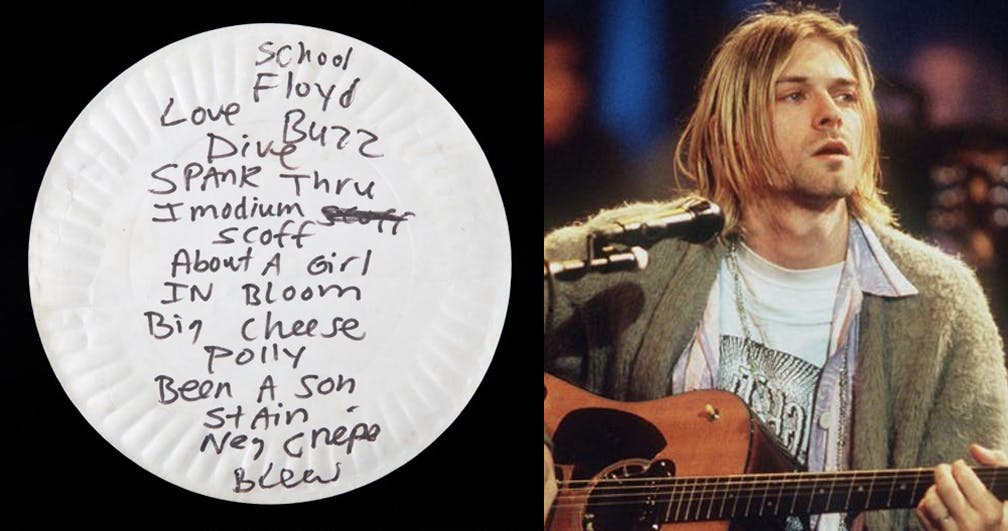 A paper plate which Kurt Cobain ate pizza off of – and then wrote a Nirvana setlist on – was sold at auction for $22,400 on Saturday.

“Cobain had eaten some pizza before the show and proceeded to write the set list on the plate he had been eating his pizza on,” auction house Julien’s Auctions said of the plate – the setlist of which was taken from an April 1990 gig in Washington, D.C.

Also sold over the weekend was a green sweater worn by Kurt during his last-ever Nirvana shoot in 1993.

“The shoot was meant to take place in Central Park in New York City, but due to Cobain being sick just hours before, the shoot was relocated to the basement of the hotel where the band was staying,” Julien’s Auctions said, giving context to the photoshoot. “Cobain showed up three hours late to the shoot and immediately asked for a bucket due to his nausea.”