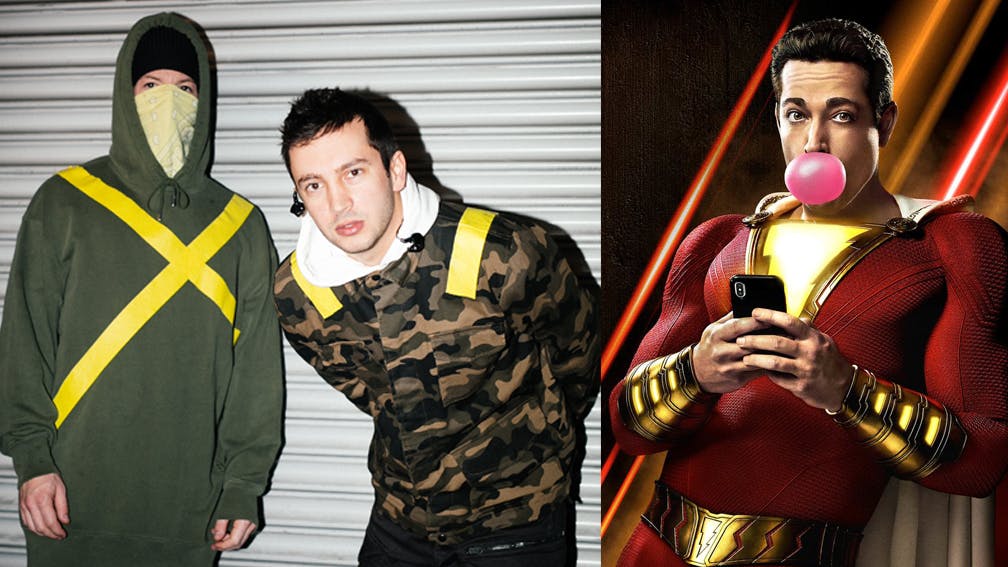 DC Comics are no strangers to the music of twenty one pilots, having recruited Tyler Joseph and Josh Dun for Heathens: the lead single from 2016's Suicide Squad film and soundtrack.

Now, two-and-a-half years later, new superhero film Shazam! features another twenty one pilots tune (well, a short snippet, it would seem…), as spotted by some eagle-eyed viewers who have seen the movie ahead of its April 5 release date.

According to film-goers, opening notes of Legend from last year's incredible Trench album is played. The song itself, of course, is a beautiful tribute to Tyler's grandfather, Bobby, who sadly passed away last year.

Back in 2016, Josh told Kerrang! about Heathens and how it came to be that twenty one pilots had a song on the Suicide Squad soundtrack: “The director reached out to us and wanted to see if there was any way we could write something for the film. Tyler had a meeting with him and then showed me an idea that he came up with, literally two days after that. He was just like, ‘What do you think about this?’ and I was like, ‘Yeah, this is amazing.’ I think we landed on a song that, in my opinion, really fits the vibe of the movie.

“We’ve never done any sort of soundtrack piece or anything like that before, and a lot of times you kind of hear people referencing the movie or certain characters, and that was something that we didn’t really want to do. But it’s something that encompassed the idea of that movie as a whole. We had so many questions logistically, and if it didn’t work out for whatever reason then we would just use the song for our next album, because I think at the core of it, it’s still very much a twenty one pilots song. But we all ended up coming to an agreement that everyone was really happy with.”