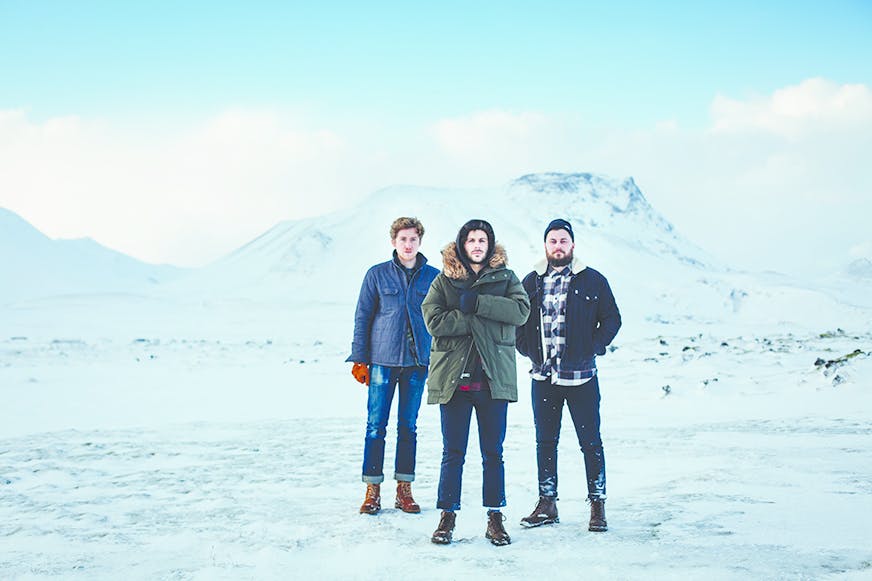 In the poem Little Gidding, TS Eliot wrote, ‘We shall not cease from exploration / And the end of all our exploring / Will be to arrive where we finished / And know the place for the first time.’ Mark Holley undertook a similar journey of (self) discovery when it came to writing Black Foxxes’ second album. After the draining process of making and touring the band’s acclaimed debut, 2016’s I’m Not Well, the singer/guitarist was in need of decompressing and re-engaging his creative engine. To this end, he decamped to Iceland, a country that had long fascinated him, with the intention of getting his head together and using the isolation to inspire the creative process. The sojourn has yielded powerful results. What Black Foxxes have made here is a record imbued with sonics as glacial, and arrangements as sparse, as the country of its conception – the ‘place’ that the band have arrived at being an offering that’s every bit as excellent as its predecessor.

Reiði, as you may or may not already know, is Icelandic for ‘rage’. Those expecting a cauldron of bubbling bile to be upturned from the outset, however, may be left confused by opening track Breathe – a marriage of skeletal guitar lines and warbling vocals that thickens in density until it envelopes the listener like a mist. Full on it may be – and beautiful, too – but angry it isn’t. That’s also true of the first half of these 10 tracks, be it the Biffy Clyro-esque sweep of Manic In Me, or the dreamy swirls of The Big Wild.

We may never know the order in which these songs were written – and Mark has gone on record as saying it isn’t a concept album – but there is definitely a gradation of tension as it progresses. By the time you get to sixth track, JOY, the softness of the initial approach has begun to splinter into something more abrasive, as Mark spits, ‘Come call me erasable’. This is no obvious angsty outpouring, though, with the presence of a lone trumpet amid the squall creating a sense of uneasiness, as if the blast itself were prompting some troubling suppressed memory.

It would be misleading to suggest the darkness of the album’s second half is explicitly expressed in the music, however. It’s more in the lyrics – ‘I can’t feel my skin’ laments Mark on the Jeff Buckley-tinged Take Me Home – and the drop in temperature they evoke that Black Foxxes turn to the dark side here, subtle moments of lightlessness that creep in and trap you.

Reiði is an album that’s as difficult to get the measure of at first as its title is to pronounce. But, like any journey worth taking, it’s one that rewards involvement and ceaseless exploration.

This review originally appeared in K!1713

Reiði is available via Spinefarm. Check it out on the stream below.

Joining the likes of Fall Out Boy and Panic! At The Disco are…

Best get learning some surf moves, then.

Black Foxxes' New Video Will Give You Chills

That's a lot of ice…