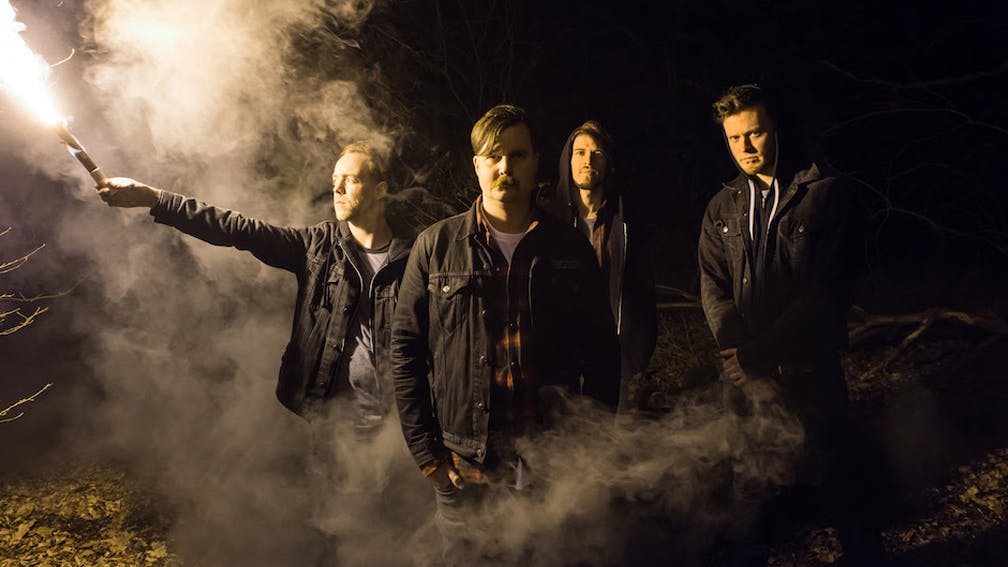 Ah, the second album. A sizeable leap forwards for some, a staggering misstep for others, and notoriously difficult, in one way or another, for anyone lucky enough to get another go around. But whatever their subsequent fortunes, there’s no question that the second record is an opportunity for a band to be bigger, bolder, in some cases weirder, than what they’ve done before. And if you’re Black Peaks, those eccentric professors of progressive post-rock, it’s the chance to do all of the above while making an album that works on multiple levels.

First and foremost, All That Divides builds on the brilliance of 2016’s full-length debut Statues to cement the Brighton quartet’s position as one of the UK’s most exciting but difficult-to-categorise bands. While many shoot for the combination of darkness and light that the band have made their stock-in-trade, few are able to give so fully with both hands and produce such tightly wound double helixes of heaviness and heavenliness as the band do here. Take The Midnight Sun as a prime early example, starting raucously, before slowing to a moody strum reminiscent of Swedish prog titans Opeth at their most beautiful.

Albums, like all pieces of art, are products of their environment, and this one is no different, with its difficulty stemming not from its creation, but where and when it was created. So, for all its continued musical brilliance – the overwhelming riffs, the sublime melodies and the wilful bypassing of convention – there’s a context that’s impossible to ignore. How can you not read the record’s title, for example, or hear the lyrics to first single Home (‘Out of the dark/Into the great unknown/We flow’) as ruminations on Brexit Britain, the limbo between the fateful decision and uncertain future we’re currently heading towards? That spectre of change and its consequences certainly runs throughout the record. Aether, with its Tool-like breakdown and choral conclusion, speaks of comfort in shared experience in the face of a fundamental shift (‘I can see through the clouds there’s a change/I feel your pain’). Slow Seas, meanwhile, speaks of striving for togetherness in the face of adversity (‘Start building bridges of hope’).

You assume that’s the intention of the authors, because who better than a band touring the world, and a British one at that, to empathise with that feeling of dislocation and uncertainty? But even if that weren’t the intention, All That Divides is still an intelligent, unpredictable soundtrack to confusing, frustrating times, that’s full of rage, beauty and nuance.