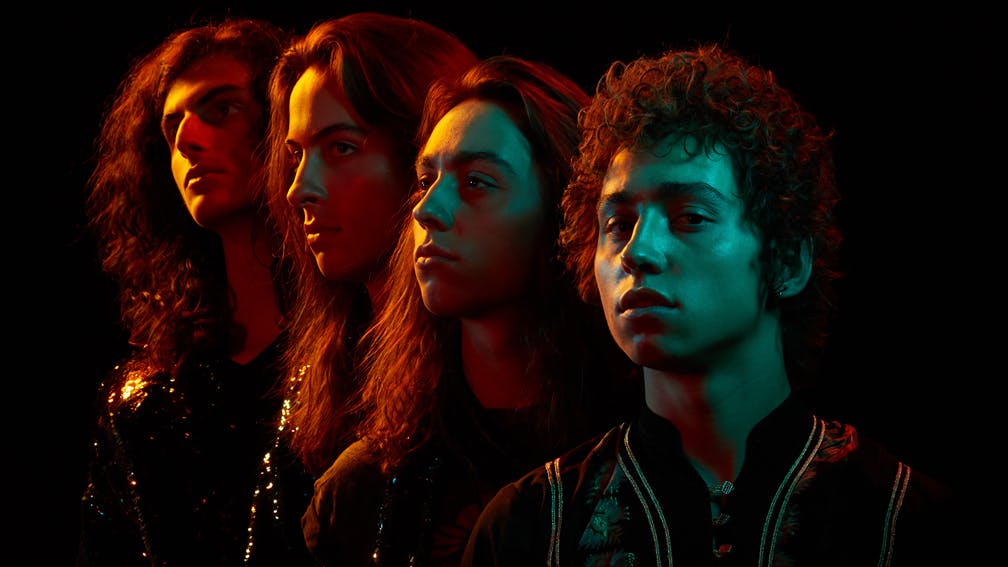 The rise of Greta Van Fleet has been genuinely phenomenal. Two EPs, half the band still not old enough to drink in their homeland, and yet they’re already racing ahead on a truly enviable wind that’s got the Michigan quartet doing multiple-night stands in 3,000-capacity venues and being touted as “the new Led Zeppelin”. Not to mention that their public patrons include Dave Grohl, Slash, Alice Cooper, Led Zeppelin’s Robert Plant and just about anyone else who’s ever been excited by rock’n’roll that drips with soul, swagger and misty-eyed youthful ambition. Before their debut full-length has even been released, the Kiszka brothers and drummer Daniel Wagner have the world at their feet.

That Anthem Of The Peaceful Army succeeds as well as it does isn’t down to the confidence and cockiness that comes from such strong support, but quite the opposite, as if none of the reaction to their music has actually been forwarded on to the band yet. There’s a level of youthful innocence to songs like opener Age Of Man and You’re The One that unlocks the true magic of what Greta Van Fleet are doing, rather than stomping in on an explosion of big, hard riffs and larger-than-life, in-your-face exuberance. Instead, what you get is rock that comes from a soulful place, where smooth basslines, earthy grooves and riffs that slink like a particularly light-footed cat are king; more ‘no shoes, open-shirts-and-hippy-beads’ than excess all areas. This is good, because the bean-bag vibes allow the dripping riffs of When The Curtain Falls to properly slither into your brain, somewhere between Led Zeppelin and Clutch at their most chilled.

Inevitably, comparisons will be made to the former of those two bands. And with good reason: Greta Van Fleet take a full-on bath in the vibes of Zep in their early-‘70s growth period, and Josh Kiszka sounds an awful lot like Robert Plant (particularly when saying the word ‘baby’). But to call this a mere tribute is a mistake. What Anthem Of The Peaceful Army does is use that as a starting point, before sending its tendrils off down their own paths. The Cold Wind is a heavy-riffed stomper, built on a bluesy guitar, while halfway through Watching Over, the mellow mood is only increased when a sitar suddenly pops up.

But one unexpected area where the Led Zeppelin similarities hold water, in an entirely positive way, is in the natural, roomy production, and the way in which it presents the songs as an inviting, homely place, drawing you in with the same charm Zep did on their 1971 fourth album that took the listener straight to the fireside of the Welsh cottage in which it was written. The guitars don’t roar, but sound like they’re coming from a small amp on the other side of the room, while the drums on You’re The One pulse and thud like you’re stood next to them. It wraps the entire album in a warm, welcoming blanket that makes it immediately familiar and endearing.

As it jumps off from the high place in which Greta Van Fleet already find themselves, Anthem Of The Peaceful Army is an album that will do the band very well. It’s a record that lives up to the hype preceding it without seeming like it’s trying to, and that shows off this youthful quartet as a truly skilled band, musically wise beyond their years and ready to conquer the world. Here’s hoping.

Greta Van Fleet's album, Anthem Of The Peaceful Army is out now through Virgin EMI/Lava.