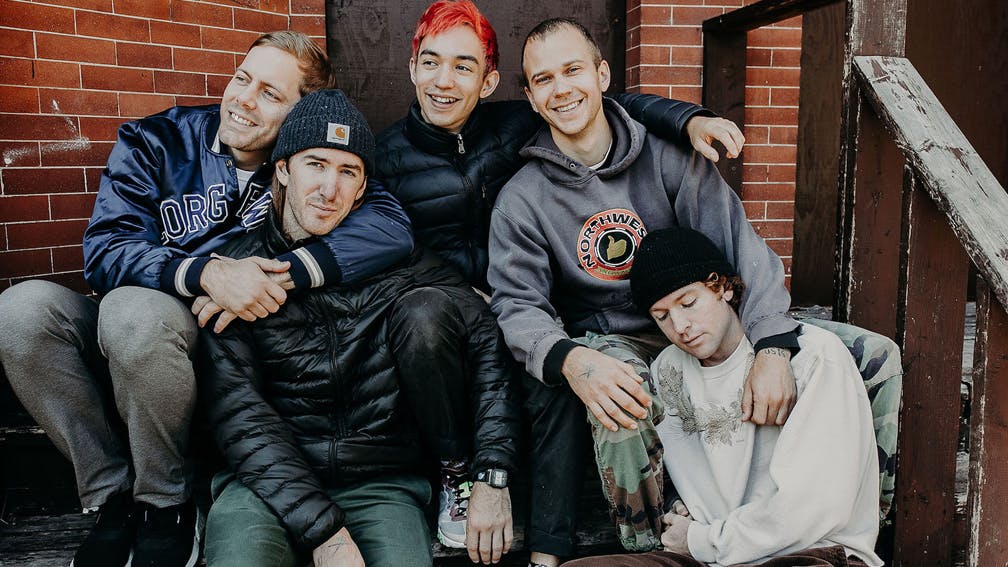 If you hadn’t been paying close attention, you might be forgiven for thinking Justice Tripp was taking the piss. Angel Du$t – the punk rock impresario’s main squeeze now that hardcore crew Trapped Under Ice have been on and off since 2013 – followed fellow Baltimore buddies in Turnstile by signing to Roadrunner Records late last year and unveiled two songs that sounded unlike pretty much anything they’d independently released across their previous two full-length albums. Big Ass Love and Take Away The Pain’s acoustic jingle-jangle shimmied to the forefront, with ‘proper’ vocals showcasing insistent melodies, and in the case of the latter, a searing saxophone wail in its outro. Despite the two bands’ previous similarities, and having the shared resources of three members serving time in each, if Roadrunner ever imagined they might be getting another version of Turnstile’s 5K-rated Time & Space, no less than our Album Of 2018, this record will be a huge disappointment.

But look closer, retrace Justice Tripp’s steps and it’s not hard to see that far from being a belligerent ‘up yours’ to his new paymasters or Angel Du$t’s existing fan base, Pretty Buff is an evolution, and a logical conclusion to the ever-softening sonic path he’s been walking over the past few years. Don’t believe us? Maybe you missed the sax wig-out on 2016’s Rock The Fuck On Forever’s closing track, Stranger Things. Listen again to the majority of that record, in fact, strip away the distortion, and you’ve got songs not dissimilar to the 13 on offer here.

None of which is to say that Pretty Buff is anything but a head-scratcher on initial plays. This is because charting where it came from and understanding the origins of the evolution is one thing, but coming to terms with it is another entirely.

Perhaps it’s the lack of adrenalised, hyper-kinetic energy that propelled the frontman’s largely fury-fuelled outlook previously. Songs aren’t in such a rush now, and Justice seems more content, or at least collected and composed, where he once sounded hurried and hurt. Acoustic guitars, brushed drums and even cowbell take centre stage, while the sax comes back again with interest on Bang My Drum. When guitars are amped up, as on Biggest Girl, Push, Where I Am, or closer Five, they’re still restrained and used in service to the melody and the song, much like Evan Dando’s Lemonheads expertly did all through the ’90s. The most tender moment here, fourth track Light Blue, might just be the most triumphant yet melancholic – calling to mind The Jam’s stripped-back 1980 hit That’s Entertainment. It’s not hard to imagine all but that one with added distortion on top and this record coming off as a much more conventional affair, had the band been so inclined. Drop a few new songs into a catalogue-spanning live set and no-one would bat an eyelid at their difference to all that’s come before. That’s worth bearing in mind when some inevitably decry how much softer Angel Du$t are here.

There’s no grandiose statement, big ideas or pretence involved – just 13 super-accessible, honest and artfully crafted songs. Once you get past how strange it is that they’re coming from a source more commonly associated with the muscle and brawn of hardcore, there’s lots to love about them. Turning that on its head is a pretty punk rock move – just not as you know it.