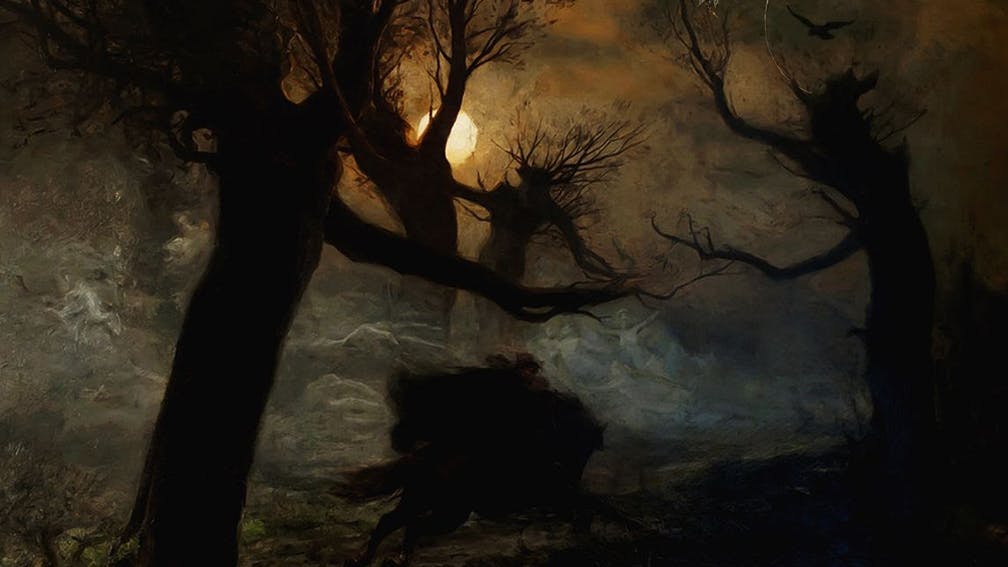 When Aquilus released staggering debut album Griseus back in 2011, those paying attention believed it was a record with the potential to authentically expand the boundaries of black metal. Plenty of the pretentious corpsepainted crowd had had their crack at cross-pollinating with the world of classical music over the years, but in Melbourne-based multi-instrumentalist composer Horace 'Waldorf' Rosenqvist it felt more like a classically trained virtuoso stepping over to the dark side. Across eight tracks, he blended blazing nightmare music, audacious neoclassical and warm folk without ever feeling disjointed or reverting to schizoid weirdness. And then a decade passed without follow-up.

Bellum I (the first 62-minutes of a touted two-part opus) breaks the silence spectacularly. Living up to a band name that draws on a Latin Term for ‘darkness’ derived from ‘the north wind’, these eight tracks sweep through with the elemental inevitability of sounds that have been swirling for that whole time away. Songs indebted to Solefald, Opeth and Katatonia mix with composition that draws on Rachmaninov and Chopin. Electric instrumentation clashes with acoustic guitar, piano, violin, mandola, mandolin, balalaika, banjo, gusli, bow psaltery, and fipple flute. Crucially, it all feeds a singular vision.

‘What did the music mean to you?’ asks a mysterious sample at the beginning of Eternal Unrest. ‘I don’t know… it is full of emotion, but it’s not happy.’

Indeed, the drama here never spills into overwrought rage or melancholia. As the film-score texture of The Night Winds Of Avila spills on to the chaos of Into Wooded Hollow it feels like the soundtrack to some epic, ethereal adventure. Moon Isabelline is a complex classical piano elegy for some complex heroine, while the Silent Passing ebbs with tragedy, but its avant-garde folky urgency keeps pressing on. Dual nine-minute-plus epics Lucille’s Gate and Empyreal Nightsky draw proceedings to an incredible close, the former touching on Metallica and Emperor at their most heroic before the latter drifts off into glassy post-rock with swelling orchestral synths counterpointed by softly pressed keys and plucked strings.

There are no bangers here, obviously, but it’s an utterly compelling bigger picture. Here’s hoping we don’t wait so long for the second half.

For Fans Of: Ulver, Opeth, Agalloch

Bellum I is out now via Blood Music.