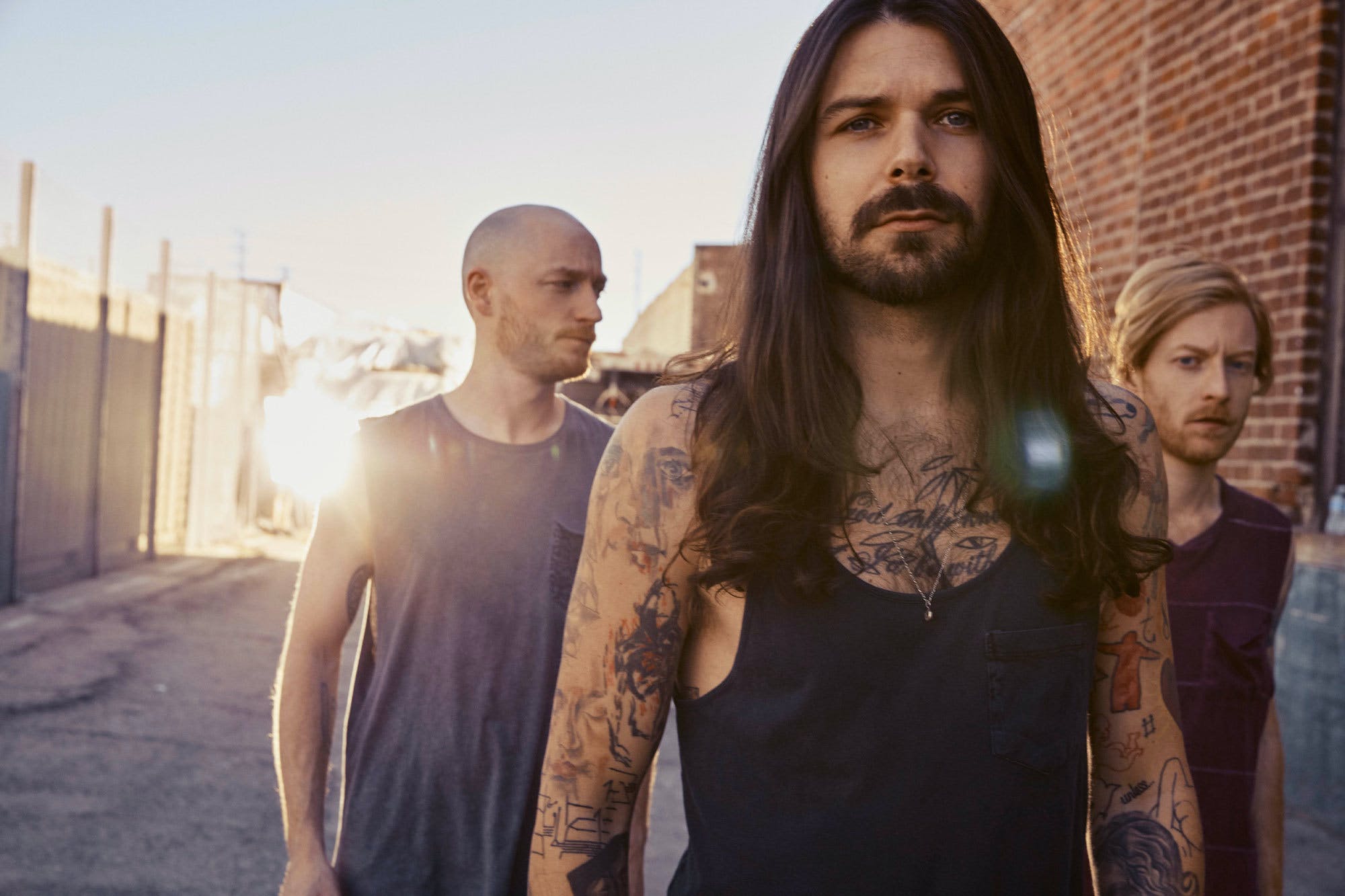 Love and grief are pretty much Biffy Clyro’s stock-in-trade, which would seem to make them the perfect choice to supply the soundtrack for a low-key independent film described as ‘a Romeo and Juliet story told from Juliet's perspective’. The Scottish trio had revealed previously that they were collaborating with director Jamie Adams on a movie project, as well as working towards the follow-up to 2016's Ellipsis. Intriguingly, they weren’t just given a movie treatment and asked to write music to fit. Instead, the songs influenced the film and vice-versa, with some of the lyrics and dialogue apparently interchanging. We’ll have to wait until the movie’s release on July 26 to experience the synergistic whole but for now they’ve stealth-bombed the whole 17-track album online, with a physical release to follow.

It doesn’t start off in typical soundtrack fashion, as the title-track explodes in a tumble of disjointed rhythms and hard guitars, with Simon Neil screaming, ‘I don’t wanna be defeated/ I just wanna fuck, what?’. It’s a nod back to more chaotic, pre-stadium Biffy, but before you can say ‘Jaggy Snake’, they usher in one of those huge, anthemic choruses. It all meshes fantastically well, and while this might not be a ‘proper’ Biffy Clyro album, they’ve certainly not brought their B game.

There are a number of other songs that sound more standard than soundtrack album, although ‘standard’ doesn’t always mean the same thing in the hands of Biffy Clyro as it does for other bands. Sunrise is a superb mix of discordance and melody, while Tunnels And Trees brings lively mid-Biff pop-rock to the fore. But then there are also the instrumental interludes and more atmospheric strokes of light and shade. Fever Dream goes from dream to nightmare in a heartbeat, while Jasabiab rides a dark electronic pulse and brings a Beatles-esque overtone to the melodies.

Lyrically, there’s more of a storytelling bent, as you might expect. Simon is perhaps less oblique than usual, although no less poetic at times. ‘When you’re drowning in a monochrome flood, you don’t have to be alone,’ he sings on the wonderfully evocative Colour Wheel.

It might not be the in-the-post follow up to Ellipses, but that doesn't matter. New Biffy Clyro music is always something to celebrate, and this is as inventive, atmospheric and engrossing as you might hope.