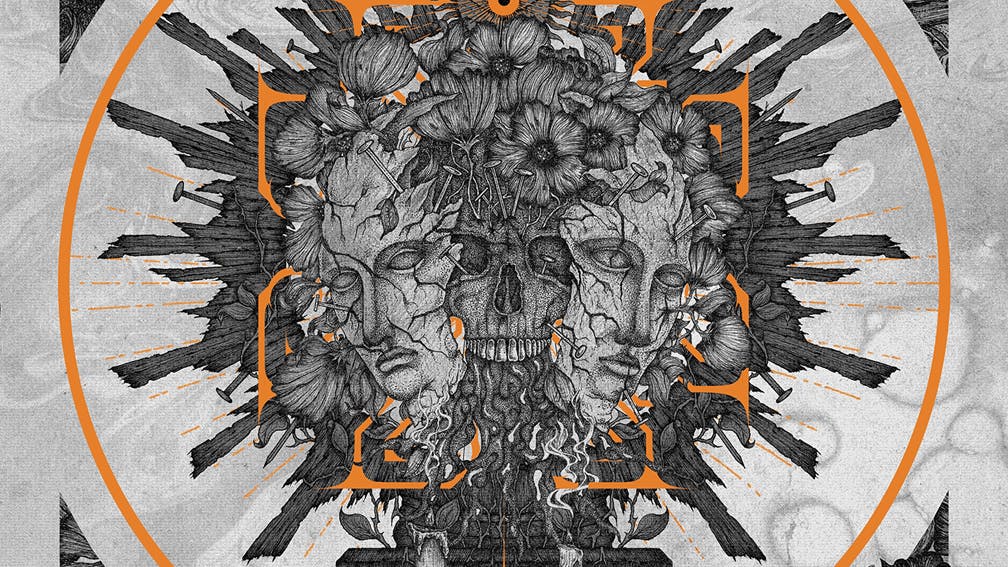 Through dropping 2020’s Fracture in the heart of the pandemic, Scotland’s Bleed From Within were robbed of the chance to tour it, but they nevertheless gave fans something substantial to get them through the dark times. Now they return with sixth album Shrine, and it is obvious they have really taken their time in crafting the songs, delivering a solid collection of melodic metal.

Opener I Am Damnation is sufficiently brawny and augmented by strings, getting things off to an epic start. They lurk in such territory often, but they make a point of not repeating themselves too much, exploring different avenues. The thrashing passages of Shapeshifter will definitely get mosh-pits whipped into a frenzy, its big chorus inciting sing-alongs, while Invisible Enemy is all thick grooves and bad attitude, which hits the mark just right. Best, though, is Death Defined, which judders along weightily in a winning manner, its chorus particularly rousing, having a touch of desperation to it, and closer Paradise with its majestic piano and throbbing groove is a suitably massive way of finishing things.

It is not unfair to say that Bleed From Within have never boldly stood apart from the pack, having evolved through metal’s sub-genres somewhat without breaking any boundaries, but there is no denying that what they do they do very well, and they sound as vital as they ever have 17 years into their career. This time they will at least get to tour the album, and that should make for a good time indeed.

For fans of: Architects, Bring Me The Horizon, Machine Head

Shrine is released on June 3 via Nuclear Blast