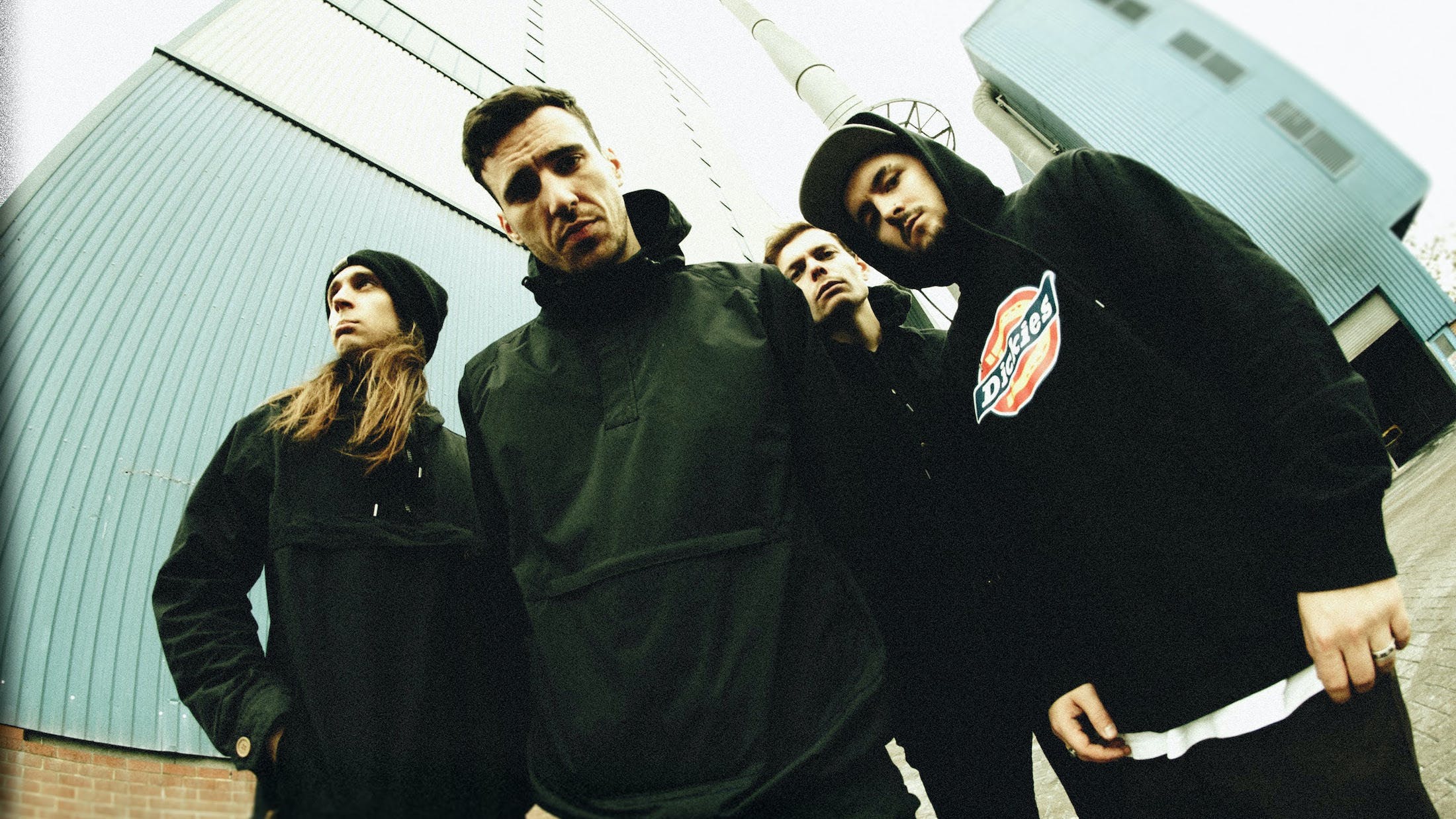 They say what doesn’t kill us makes us stronger. But that’s not entirely true, is it? When traumatic things occur, the wounds may callus over time and the ache eventually subsides, but who really knows whether our experiences give more than they take away? This is an idea explored in considerable depth on Starve and, in making their second album, Brit metallers Blood Youth have lived out this process. Whatever the trials and tribulations are that these four young men have endured and weathered, this bloodletting is worthy of their pain. Much of the music here is as interesting as the question of whether using suffering for creative nourishment means we might hold on to things for longer than is healthy.

The album’s strongest moments can largely be attributed to frontman Kaya Tarsus, whose performance commands the attention while inviting concerned fascination. From the moment when he first bares his bile on the album’s title-track – opener {51/50} being an unsettling instrumental – to the climactic Exhale where he screams himself hoarse in frustration, the frontman’s vocals carry his message with a ferocity that manages to remain fresh and raw throughout. The pace and fury of his delivery suggests he has an awful lot to exorcise, and quickly, if he’s going to fit it all on the one album. In reflecting this relentlessness, his bandmates do an impressive job of keeping up the breathless pace of their attrition.

The nu-metal references on which the band have built their name have not been tempered by the album’s bold theme. If anything, Blood Youth wear their influences more explicitly here than on their debut, 2017’s Beyond Repair. Spineless and Visitant are two such examples; the former is a downtuned trawl to a dark, visceral place, while the latter’s pairing of blunt military snare with thunderous double-kick is pure Slipknot. Yet both tracks somehow provide enough of a twist to the formula to make them something of Blood Youth’s own. More than that, they update the nu-metal template so effectively you’re glad they brought it to the party. Elsewhere, the moody electronic textures of second instrumental {stone.tape.theory} hint at experimental directions in Blood Youth’s future. Meanwhile, a song like Cut Me Open is impactful, but its biggest takeaway is that Blood Youth have found their own place now, beyond simply aping a certain band from Iowa. And when they do fall back on trusted nu-metal shapes, they make the more creative moments stick out even more, highlighting what they can do with their own stamp.

What all of these songs do have, however, are choruses – big, beautiful, grandstanding choruses delivered with the collective relief of men drowning in turbulence given the chance to gasp at the surface. This clarity also makes Kaya’s voice clearer and therefore effective in an entirely different way than when he’s howling his face off. ‘Just set me free / I’m living in fear / Just watch me bleed,’ he soars on Nerve. They’re simple words, but it’s in this straightforwardness that Starve most often finds its target. As a record of chunky nu-metal, it’s an absolute blast. But more than that, this is the sound of four men with an undiluted fear and anger they’re not afraid to weaponise to help others in the fight. And because of this, Blood Youth can chalk this up as a victory.